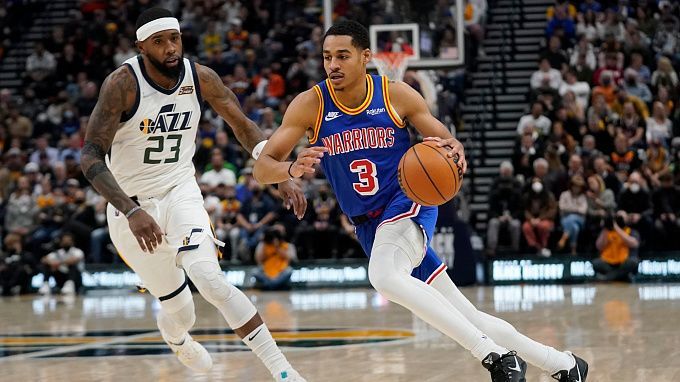 Utah broke their losing streak by beating the Los Angeles Lakers last game. Will the Jazz be able to consolidate their success in the away game against Golden State? Let's pick a few options to bet on at once.

The Warriors have been in trouble recently. Steve Kerr's team has lost 4 games in a row, giving up the second place in the Western Conference standings & letting Memphis ahead, and, to top it all, allowed Dallas to catch up.

Still, we shouldn't overestimate Warriors' losing streak. First of all, at the end of the regular season, the team plays a different lineup in nearly every game. Second, their opponents during that stretch were strong: Atlanta, Washington, Memphis and Phoenix. Third, the team's tournament position has not particularly worsened. The Warriors are still third in the West with a 48-29 balance.

The Jazz are 46-31 and fifth in the Western Conference standings. So far, Quin Snyder's players are going straight to the playoffs. But it's not until the end of the regular season that everything will become clear: sitting 6th, Denver has the same balance, and seventh-ranked Minnesota is only two wins behind. Utah will still have to do do their best to stay in the top-6.

Last game the Jazz beat the Los Angeles Lakers 122-109, breaking their losing streak of five games in a row.

The score in the season series is 2-1 in favor of Golden State.

Despite Steph Curry being absent, Golden State were close to beat the conference leader Phoenix at home in the last game. They fell just short as the Suns won by 4 points. In their encounter with Utah, the Warriors will surely finish what they started in that game and put an end to their losing streak. Furthermore, the Jazz have also been playing poorly at the end of the regular season.

Prediction: a win for Golden State.