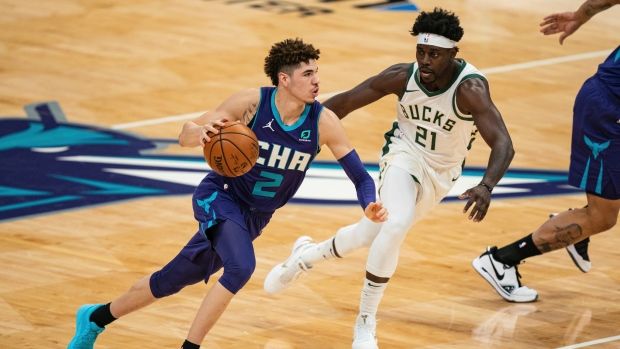 Betting on NBA games is not easy, for example, a team like the New Orleans Pelicans which had only won 2 games and had 14 losses earlier this month has now won four of their last seven games. Teams like the Clippers have been on a seven-game win streak but have lost all momentum, guess who beat them twice recently, the Pelicans! In another one of the unpredictable scenarios, we will see trigger-happy Charlotte Hornets fighting it out against the length of the Milwaukee Bucks. For a quick overview, head to the “Notes” section.

Milwaukee Bucks: They are back in their groove

Scary length: Antetokounmpo is seven-foot-tall, Portis is 6 feet 9 inches or so, Middleton is six feet six inches or so, Jrue Holiday six foot two inches, and all have quick feet and long arms. Thus, Milwaukee can create fractures through their length on both ends of the floor. If Giannis is in full court, he will dash into the lane and before you can react, he will be slamming one down. Khris is an excellent scorer but has other tools at his disposal too. Jrue hits those important odd shots in the game that keep the flow going somehow in a relatively drier spell too. The Bucks use its length well and has a lot of versatile players, who have the spring as well as skill.

Recently, they have been ruthless: Bucks are not in a holiday season mood out here, they are steamrolling their opponents. Milwaukee has won by the difference of 18, 11, 21, and 31 in their last four games. You can see how massive their wins have been. The team has played the “shut the shop” type of basketball. The team plays a dominating brand of basketball and has not given the opposition many chances. You know you are going to get hurt when usually bench players, Bobby Portis and Grayson Allen can torch you for 15-20. Pat Connaughton also can get 10-15 regularly and this team is deep and clicking.

Defense is partying somewhere else: Before Houston Rockets had faced Hornets, their highest score was 118, most of their games ended in 91-102 scoring range and the team has struggled on that end. The Rockets put up 135 points in regulation versus Hornets and it was an ugly game for defense lovers. For someone who loves watching a shootout, this was a dream come true. Hornets have given away 115 points a game on average and rank among the bottom teams in defense. Hornets usually go for steals in the lane for easy fastbreaks but their defense can be pierced through careful passing.

The offense is certainly imposing: Hornets have five scorers, who can work through dribbles, play off-the-ball, make cuts, get open from different spots, etc. They have five shot creators in Oubre, Ball, Bridges, Hayward, and Rozier who can light it up from everywhere. It is indeed a scoring-heavy club that can have five guys scoring 16-25 points on the same night. Different players have emerged as top scorers through different games, perhaps in a way the offense is composed beautifully and there is no dry spell because of scoring volume. If the Hornets fix their defense, they can become a deep Playoff team otherwise squads like Warriors, Suns, and Nets must know how to call curtains on this kind of basketball when the playoff intensity peaks.

Points Range: Hornets must love the word “Points”, they lead the league in that regard. The defense also seems to love points in the Charlotte land. But the offensive journey can find a thorn in the form of the Bucks who are a tough defensive team. Taking various metrics into account and applying my gut, I predict a range of 210-225 here even though the potential is for a 240-260 points game. What option should one pick here?

Prediction: The evaluation here is based upon recent trends but trends are broken in the NBA on a daily basis. So, if I am to set a percentage, I will give a 62% chance to Bucks here and 38% to Hornets. I reckon the Bucks will win with a scoreline of 119:104.