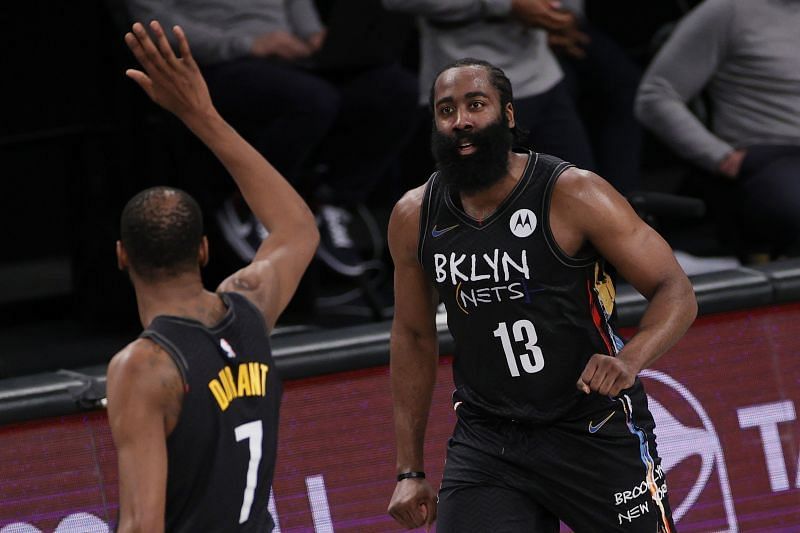 Bookmakers, fans, experts, tipsters, all roll their eyes over the unpredictability of this NBA carnival. Why? Imagine this Rockets that lost 14 games at one point has now won six in a row out of nowhere. On the other hand, the Nets having 17 wins and seven losses comes as a little surprise. Will the Durant and Harden lead unit end the inspiring Houston charge? For an overview of the match-up, head over to the “Notes” section.

Comparisons: Do you believe in Houston?

LaMarcus Aldridge will have his hands full keeping off Christian Wood at the Center position. Wood has continually rained down 20+ points and 10+ boards while blocking a ton of shots but Aldridge has been no less impressive, grabbing 15-20 points and 5-10 rebounds continually recently. At the guard position, James Harden will keep multiple perimeter and inside defenders busy and is a nightmare to deal with.

At wing, Kevin Durant has an insormoutnable edge and can overpower Tate on most occasions. At the off-guard position, Garrison Matthews and Patty Mills match-up can be tight while Gordon can overpower Bembry offensively. If we talk about the bench, Rockets’ Kenyon Martin Jr., Armoni Brooks, Alperen Sengun, DJ Augustin come in with a slight edge over Nic Claxton, Paul Millsap, Bruce Brown, James Johnson, and Cam Thomas but it may not be such a decisive edge after all.

Nets: See, when you have two superstars like Kevin Durant and James Harden, you can strike blows after blows. Durant is a superb late-game scorer and has willed his team to win in many cases. Even if Harden shoots poorly, he can keep the defense busy with his offensive smarts and elite passing. If we talk about Aldridge, Mills, Brown, Bembry, Thomas, Johnson, Claxton, and Millsap, Aldridge has been the most consistent among them but still, this unit can deal a 115-125 points blow on their day. On defense, the Nets have length, switching abilities and hold teams to 31% or below from the three-point line.

Rockets: If you ask me, I think if the Nets can shut down either Wood or Gordon, that can create fractures with young uns like Kevin Porter and Jalen Green out. Yes, Garrison Matthews and Tate have been amazing but if the Nets dial in on those two players, it can take a toll on Houston. If you talk about the bench, Kenyon Martin has given 7-10 points, while Alperen Sengun may be a little out of control at times but still has the making of a future all-around big. The Rockets have some experience right now and their defense has improved significantly. I believe the Rockets can pose some challenges to the Nets but I remain unconvinced despite the six-game winning streak of the home team.

Points Range: Ah, our favorite Total Points discussion. I have been thinking about the Rockets team a lot lately. They have scored in 118+ points range recently which is a huge deal but hey, that has got to end somewhere, right? I have doubted Houston again and again, but the team has come through. With the Nets, a 115-125 points effort won’t raise many eyelashes either. Still, you know what I think this may not be a typical 230-245 points range game and may hover in the 209-220 points range. Let us see!

Prediction: I give the Nets an edge simply because of the presence of Durant and Harden. Will the team rest them in a back-to-back situation? Please do check before opting for the Nets. Still, if you have to ask me I think the Nets can win this one with a 116:104 scoring line.