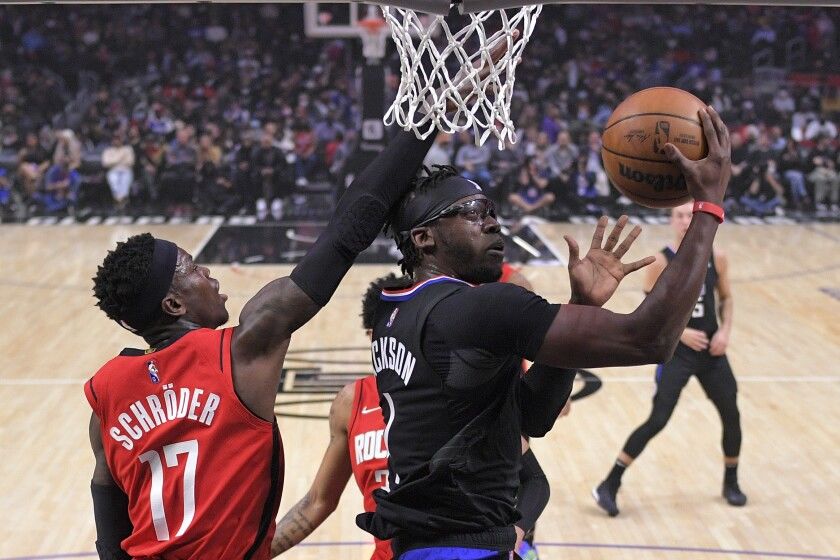 There it is the NBA season heading towards the Postseason window and the intensity will only pick up as the Playoffs will come near. And for some teams, this is the make-or-break part of the season. Play-in tournament makes things interesting for teams that are even below the 40% win mark and for some of the teams in the seventh-tenth rank territory, the threat of a big run from some teams with poor records becomes even bigger at this point. However, there are squads that use their experience and find different combinations to pull through. And one of that squads is Los Angeles Clippers, and they will clash against the Houston Rockets here.

The Clippers have done a terrific job of gaining 31 wins and 31 losses, a record that may not appear stellar but a record that has come amidst a ton of adversity due to injury. They have beaten some elite teams along the way and have also made some terrific comebacks all season long. On the other hand, the Rockets have been struggling for the most part and even when they have been healthy, the win column has usually looked pale. They have just 16 wins and have conceded 44 games, indicating their perpetual struggle on both ends of the floor this season. They are on an eight-game losing streak and they are surely heading for the lottery at this point. Can they at least snap the losing streak here against the Clippers? To know my game total and result prediction, go to “Expert Betting Tips”. For my player-based prediction, simply dive into “Player Performance Prediction”.

Clippers have been rather impressive

Considering that the Clippers have lost two of their best players to injuries, their record is rather impressive and they have been a motivational story all season long. Reggie Jackson has done well at the one-guard spot while Terance Mann has picked up his game after a slow start. Marcus Morris gives much-needed scoring at the wing while Nicolas Batum provides hard-nosed defense and Ivica Zubac supplies high-quality rebounding and inside scoring. Kennard has been an electric shooter off the bench while Covington helps shape a strong bench with his two-way big Forward production. Isaiah Hartenstein and Amir Coffey provide further depth and coach Ty Lue has done a great job with the depleted lineup all season long.

Rockets have been slipping

The Rockets have lost eight in a row and this is a team that had been on a 15-game losing streak before so this is barely a surprise. Houston lacks the experience at the backcourt and they also don’t have the required depth at other positions. Other than that, the team’s defense has been brittle for the most part and they end up allowing easy points time and time again. The Rockets have been building around rookie Jalen Green and young guard Kevin Porter Jr. while Christian Wood at the Center has been their leading scorer and rebounder. Will the Rockets keep building through the draft or exchange their pick for a big-time player? We will see what will their approach be during the offseason but yes, I think they still haven’t found their Franchise’s face.

Points Range: The Rockets have been struggling on the defensive end and the Clippers know how to take care of scoring against vulnerable defensive teams. Defensively, the Clippers have been way better than the Rockets on average and can fend off big runs through their experience. The last time these two squads played, the game fetched a total of 253 points, and a 240-250 range is a norm in Rockets game considering their vulnerable defense. I see a 230-240 range here though.

Prediction: The Clippers have more experience and depth than the Rockets and they have beaten them once already. They also have loftier goals of making the Playoffs and unlike the Rockets, they have a ranking to play for this season. And this is why I believe they will take advantage of the lax schedule here and make a push to solidify their eighth rank in the West. I believe they will win this contest 129:109.