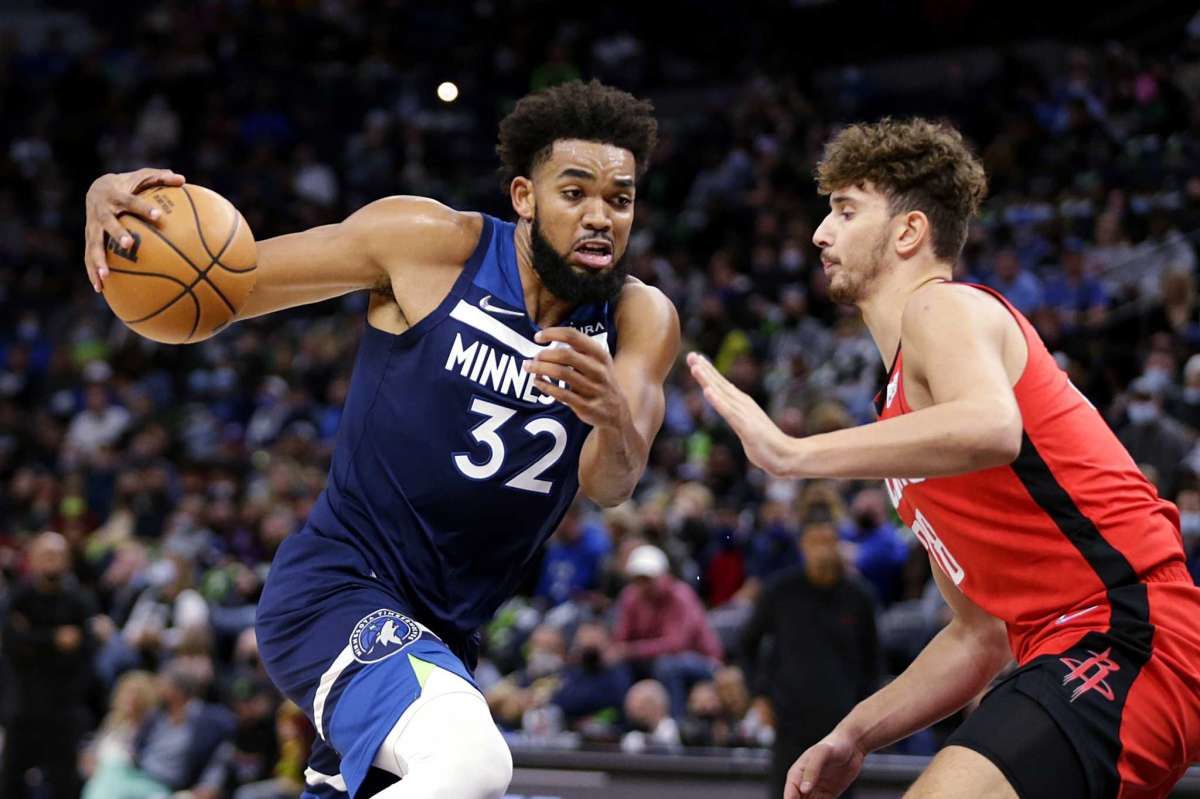 The Houston Rockets will host the Minnesota Timberwolves in the Western Conference battle. This is a crucial window for the Timberwolves, a team that needs to go on a winning streak to close out soon and they remain in the shot to finish as the sixth to even fifth-ranked, although it isn’t easy. On the other hand, the Rockets have had a devastating season but it was expected.

The Rockets look for offseason changes

The Rockets have shut down Eric Gordon, Christian Wood, and Dennis Schroeder for the rest of the season. I think this is the right decision as it will give rookie Alperen Sengun a bunch of minutes and he can be a huge piece of this team moving ahead as an all-around player. The backcourt of Jalen Green and Kevin Porter Jr. can also use the opportunity to further their games and both of them can be the foundation around which the team will make offseason changes. The team can suffer another tough season during the next window but drafting an all-around wing can make for a sturdy setup in long term.

The Timberwolves are an elite offensive team

The Timberwolves razed the Nuggets 136:130 in the last game and they have been one of the best offensive teams. They are the fastest-paced team in the league and they can put on a ton of shots in a hurry. It helps to have an athletic wing Anthony Edwards who is one of the best inside finishers and can also hit outside shots. Karl Anthony-Towns is a versatile rim-runner also with outside shooting. The team is also one of the best in terms of threes made in the league and they have made their mark again and again on the offensive end. Despite accomplishing all of this, the Timberwolves remain in the Play-in slot and will have to potentially fight out the Clippers, which can be a tricky match-up if Paul George is active.

Points Range: The Timberwolves have been an unstoppable force when it comes to the offensive end as discussed in a decent length above. Edwards, Anthony-Towns, and Russell are all versatile offensive players, and what makes the team special is the number of different bench players that have stepped up, especially Taurean Prince who has been huge while Malik Beasley is one of the best three-point shooters in the league. The Rockets have been highly competitive and the guard duo of Porter Jr. and Green have surely stepped up their game. The Timberwolves on the other hand love shootouts and both teams can engage in a high-scoring affair. I believe the total points range here is 240-250 and can even go beyond that.

Prediction: The Timberwolves have a surefire edge over the Rockets considering the difference in both the depth and the team chemistry. The young Rockets have done a great job recently and have surely played it close during the last three games. However, the Timberwolves have bigger aims in mind and this is a game that they should take and I do believe they will win 130:119 here.