Houston Rockets vs New Orleans Pelicans: Pelicans look to win three in a row, Rockets vulnerable on most nights 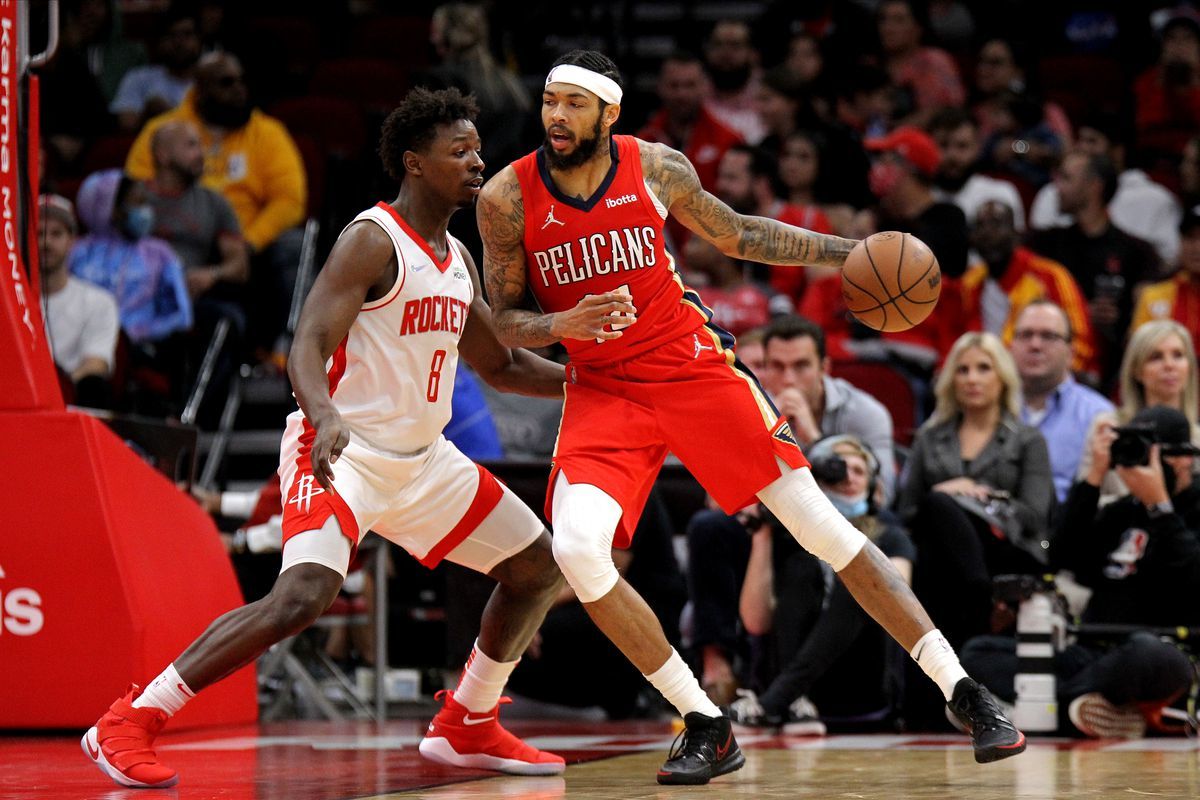 NBA is heading towards the trade deadline and this is the period where we wonder what changes the team will make. And well, considering the rumors floating around these days, it will not be a surprise if some teams pull off major moves, changing the trajectory of not only the season but upcoming seasons too. There are economy-related reasons that also affect the decision-making of various franchises whilst others simply find the right fit. However, it is not just teams but players too who look to change their outfits. Anyway, I will relate the dynamics of the game between the Houston Rockets and New Orleans Pelicans.

The Rockets have won 15 games and have 37 losses, having lost five of the last six games. They have had to hit such windows repeatedly and since James Harden has left, they have lost the fizz. A rebuilding team that has been vulnerable on both ends, the Rockets are looking to find the right fit for the rebuild but there are rumours that they are looking at the trade market closely and may land some established players to surround the youngsters with a viable system. Will the Rockets make some trades?

On the other hand, the Pelicans have compiled 20 wins and have lost 32 games. They are on a two-game winning streak but have a long way to go to make the Play-in tournament. After a slow start to the season, they have picked up their game a bit. With Ingram and Valanciunas, the team can have an effective offensive balance. However, there are rumours that the team is looking to trade Josh Hart, who can surely bring in some value but well, this is just a rumor. Can the Pelicans first win against the Rockets here? For my game total and result prediction, go to “Expert Betting Tips”.

What are the Rockets' aims? Pelicans trading Hart?

The Rockets have struggled to scrap wins all season long and well, that was expected out of the rebuilding squad. While Christian Wood has given tremendous production in the middle in terms of scoring and rebounding, he can be on the move too. Well, he can surely help out a lot of teams who are running thin at the Center position. And well, Eric Gordon and Jae’Sean Tate have been stable at the guard and wing positions. But I imagine a trade that involves the three, can’t it bring some high draft pick or a big-time player? With Kevin Porter Jr., Jalen Green, Alperen Sengun, Josh Christopher, Kenyon Martin Jr., the team has scraped together a great team.

Josh Hart has figured in various trade rumours recently and that is a bit of a surprise for the Pelicans fans too. Hart is an up-tempo guard who can score, rebound, and also act as the playmaker. If the Pelicans can get a high-quality shooter at the off-guard position or if they can string together Hart and Graham which can surely bring in further value. More on that later but let us see the rest of the composition. Brandon Ingram has been a high-yielding option at the wing while Jonas Valanciunas has been a constant rebounding and scoring presence in the middle. Graham has been a bit off from the three-point line but helps stretch the floor nonetheless. How will the Pels go about it?

Points Range: The Rockets have been usually scoring in the 103-110 points but when Wood and Porter Jr. are up for a big night, they can go past 110 or so on a regular basis. On the other hand, Pelicans have usually been having their own troubles on the offensive end at times but have scored 111 or more in two games straight especially since Valanciunas and Hart.

Defensively, the Rockets have given up 115+ points regularly this season and they have struggled to stay afloat. The Pelicans have been doing a great job defensively, restricting teams to 107 or fewer. I believe the Rockets will score around 107 here while the Pelicans have gone past 112. I think the points total range here is 221-230.

Prediction: The Valanciunas-Wood match-up is certainly the highlight here, and this can be a decisive one as well. At wing, the Pelicans have the edge with Ingram running the offense while at the guard positions, the Rockets can have a slight edge with their Mathews-Porter Jr.-Green. However, in the frontcourt, Hayes, Ingram, and Valanciunas can get the advantage. Ultimately, I think Ingram will heat up and the Pelicans will pull through 114:108.