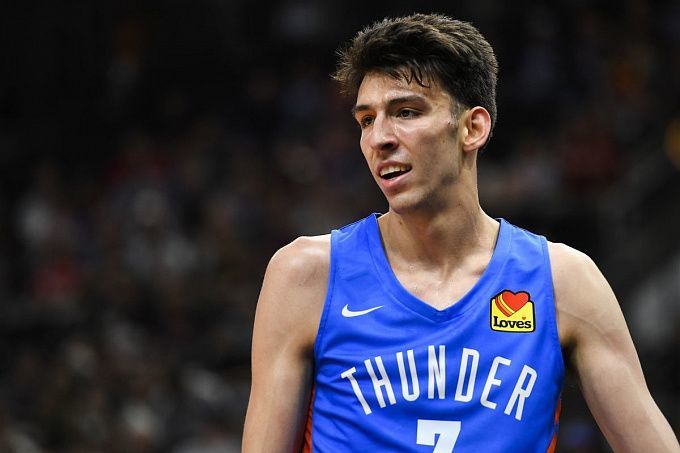 For the second time in a row, the Rockets will face the team from the top 3 in the last NBA Draft. This time the opponent for Houston will be Oklahoma and we will see a duel between the most promising rookies of this season — Jabari Smith and Chet Holmgren. Who will prove to be the best and bring a win to their club?

The Rockets have drafted an impressive number of players, and there are quite a few basketball players in the Summer League who are sure to get plenty of time in the main rotation. Jabari Smith should be useful on both sides of the court, and TyTy Washington and Tari Eason, who were drafted in the 1st round, are also on the roster. And then there's second-year starters Usman Garuba and Josh Christopher, with the latter having one 30-point game last regular season.

Christopher was the most productive player for the Rockets in their last game against Orlando, but they lost by a score of 77-91. Long-distance shots came up short and Eason hit just two of nine three-pointers. Smith didn't have his best game either, while only two Houston players shot 50 or better in that game.

The Thunder have gone into a deep rebuild, and it just so happens that the Summer League roster is not much different than the team's main roster. Oklahoma has already played three games in Salt Lake City with two wins, and Josh Giddey, Tre Mann, Jeremiah Robinson-Earl, Alex Pokusevski, and Aaron Wiggins have all appeared on the floor. The club picked up quite a bit of talent in the 2022 draft, with Chet Holmgren, Jalen, and Jaylin Williams, and Ousmane Dieng being added to the roster. Holmgren led the Thunder in many statistical metrics right off the bat, averaging 17 points, 9.5 rebounds, and 4 blocked shots in 2 Summer League games.

Last game against Philadelphia, Holmgren did not appear on the floor and as a result, Oklahoma City lost with the minimum score difference, 79-80. The Thunder shot only 40 percent from the field, while shooting a respectable 35.5 percent from beyond the arc. The back line let them down as Mann and Giddey combined for 8 of 25 shots in the game. Pokusevski was Oklahoma's most productive player with 14 points.

The only other Summer League meeting between Houston and Oklahoma was back in 2013. It was a playoff final and the Thunder won by a score of 85-77.

With their current roster, Oklahoma is one of the main contenders to win the current Summer League, but Houston is capable of putting up a decent resistance to this opponent. The Rockets are also rebuilding, and they have quite a few talented basketball players. Against Orlando, the Rockets scored 77 points and made less than 30 percent of their three-pointers, and the visitors have room to improve. Jabari Smith will surely be motivated, Josh Christopher may be more effective, and Tari Eason is unlikely to be any worse than he was against the Magic. My money is on the following outcomes: