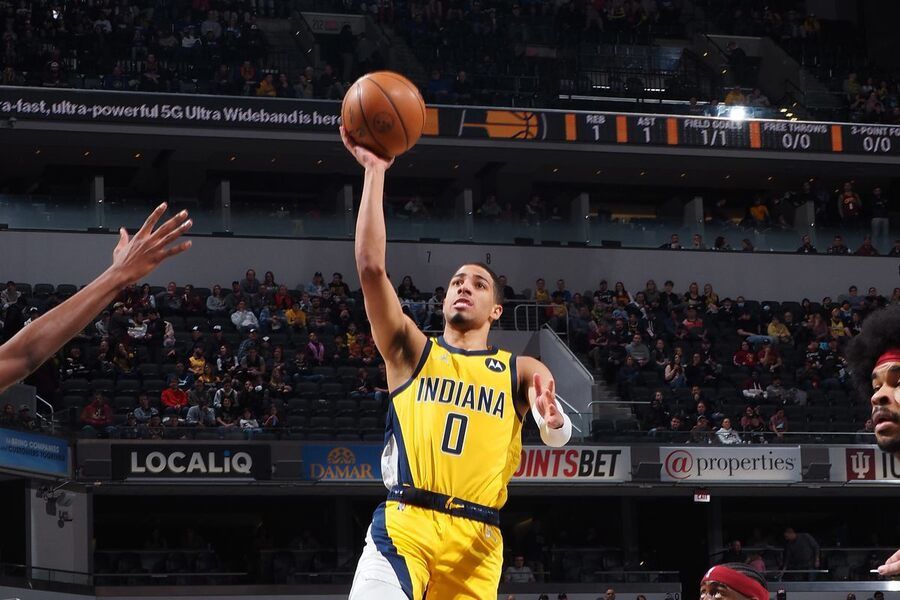 The NBA Regular Season is going to fold soon and as we gear for the Playoffs, a lot of intriguing match-ups are building up. It is unclear in the East which teams will finish where especially considering the top-four, fifth-seventh rankings, and the eighth-tenth ranking brackets. This is why despite a even fewer than ten games remaining for each team in the season, there is a lot at stake. Keeping that in mind, let us jump into the battle between the Indiana Pacers and Atlanta Hawks.

Pacers' priorities are for next season

The Pacers are pretty much heading into the lottery at this point and they are most likely to finish with the third-worst record in the Eastern Conference. They do have a sturdy backcourt with Haliburton, Duarte, Brogdon, and Hield, whereas Myles Turner has historically been a formidable shot-blocker and one of the best shooting Centers in the league. If the team drafts a high-quality wing, they can make a strong squad that has multiple shot-creators, a floor-spreading Center while the bench looks strong as well. However, this season has been painful for the team.

While the Hawks have surely let their fans down this season after finishing with the fifth-best record last season in the East and also making it to the Eastern Finals. This season the team has been terrible away from home and this is why they have lost way too much against elite teams. Trae Young continues to leave his imprint as a dynamic scorer and playmaker but the rest of the squad has had some shooting inconsistencies. John Collins’ injury has resulted in the loss of athleticism in the frontline while the team has had major troubles even against sub-par teams during the road stretch.

Points Range: On average, the Hawks have been more effective on the offensive end than the Pacers and with an explosive offensive player like Trae, it doesn’t come much as a surprise. The Hawks have a sturdier frontline and with Clint Capela, they can seize a bunch of boards against the Pacers. Tyrese Haliburton for all his lovely playmaking hasn’t yet developed into a consistent scorer and that is the next stop for this highly promising youngster. Buddy Hield has emerged as a brilliant all-around option with his elite three-point shooting. Malcolm Brogdon will be out in this game for the Pacers and his presence has certainly correlated to the offensive production of the team. I see the Hawks with a strong offensive game and the total points range here seems to be 220-230.

Prediction: The Hawks are surely not a strong squad away from home, they will still be a sturdy opponent for the Pacers in this game. The Pacers have done well against below 40% win teams, they can have trouble against a squad of the Hawks quality that can put up a bunch of points in a hurry. That is why I believe the Hawks will win this game with a scoreline of something like 119:108.