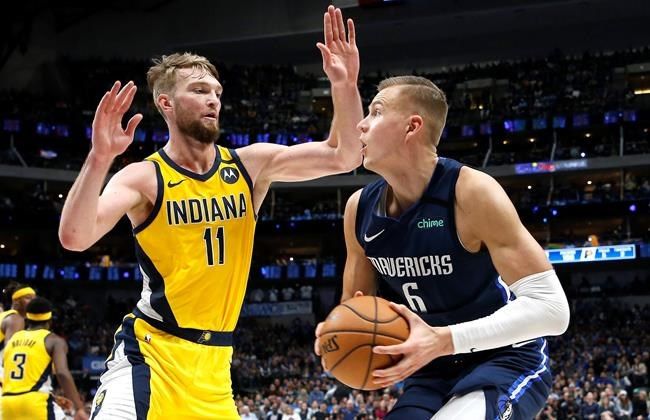 NBA betting can be close at times, and a made basket, a missed free throw and a late charge can all change the outcome. In another challenging betting affair, the Dallas Mavericks visit the Indiana Pacers in a cross-conference match-up. The Pacers are five games under the 50% win mark and Dallas has won half of the 24 wins. Can Pacers grab one at home? For quick notes, simply head over to “Notes”.

Pacers offense: Pacers have scored 111-122 points in three of their last five games. That is not a surprise. The team is stacked with scorers with Brogdon and Sabonis able to score in the 17-25 points range, Duarte and LeVert can also combine for 30-40 points, while Turner in the middle can also bag 10-20 points regularly. Off the bench McConnell, Lamb, and Brissett also have scoring capabilities. Overall, the Pacers can pitch a solid offensive lineup and on surface at least, seems to be deeper than the Mavs.

Mavericks offense: Dallas is not as consistent on offense as it would like to be and is prone to get overrun in high-scoring affairs. While Doncic can scoop up 25-30 points, Porzingins also somewhere around 20, Hardaway and Bruson can combine for 25-35 points, outside of these players, the team is at times short on offensive supply. The Center position doesn’t produce much and overall, Dallas has been relegated to 90-104 points range quite often. Perhaps, if Jalen Brunson and Tim Hardaway accelerate their scoring further, the Mavericks will perform well on that end.

Pacers defense: Pacers are not an elite defensive unit but they are well-adept at playing position defense. Yes, they are not among the physical teams and many teams have racked up 110 or more against them. If Indiana becomes more effective at defense, it will help them rack up more wins as defense is a bigger issue for them. Against a team like Dallas, what favours them is that the Mavs can slow down offensively in the middle. Can Pacers become a more sturdy defensive outfit?

Mavericks defense: Mavericks play a better brand of defense than the Pacers. In the last five games, they have not allowed a team to score more than 107 and have kept in the 97-107 points range mostly. Having wing defenders like Dorian Finney-Smith and Reggie Bullock helps the cause, while Powell and Porzingis can play more than decent help defense. Still, the Mavericks' cause has taken more of a hit on the offensive end. That is why, time has come to fix the offense or playing catch-up will only become more difficult in the stacked Western Conference.

Points Range: Pacers can put up 110 points or so even against tough defensive teams. Indiana is a better team than the record suggests and they have five double-digit scorers and three of the players can create their own shots. Mavericks have had a bit of trouble on the offensive end, the problem has been too many dry spells and a tendency to play catch-up after giving up early leads. The Mavericks defense is better than the Pacers and for them a 95-105 points game each side is more suitable. I think here we will see a 100-110 points game from each side. I believe the points range here is 207-219.

Prediction: I think playing at home, the Pacers will have an edge in this game. I feel the team can go on a five-six game winning streak and for some reason, I have a lot of belief in the squad. I think Domantas Sabonis will have a big game here and the Pacers will win with a scoreline close to 110:101.