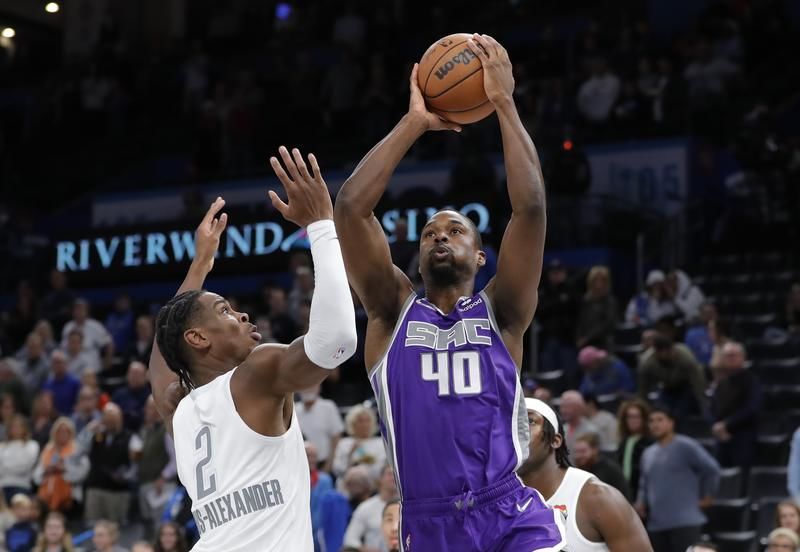 The wheel of fortune has decided that COVID-19 is here to stay and well, what can we do even when most of the world has kept on fighting this pandemic. And here we are again, discussing NBA, going through the motions of the betting world as NBA also keeps on averting the volleys of the vicious virus. Anyway, in this game, the Sacramento Kings meet the Oklahoma City Thunder. Record-wise, they are not different, Kings have 13 wins and 21 losses while the Thunder has 12 wins and 20 losses. But there is a different vibe to these days, Sacramento has not made Playoffs for more than a decade and their rebuilding pieces always get away from them and that can be the case with De’Aaron Fox too. Meanwhile, the Thunder has done well with so many young players and a more inexperienced roster than the Kings. Can the Kings gain some footing? You can’t trust them much. For the game total and result prediction, jump to “Expert Betting Tips”.

Recent forms: The Kings have lost three in a row, they have been struggling with or without COVID-19 protocols. They have five wins and eight losses this month and these type of records have run rampant for the Kings throughout the last decade or so, this team hasn’t made a significant impact for years now. On the other hand, the Thunder team may have lost 20 and just have 12 wins but they have won four of the last five games and they have played close games in the 5-7 points range coming through late, which indicates a newfound maturity from a squad that wasn’t even expected to do this well. The Kings’ record is an issue because they have more experience and established players compared to the Thunder.

Match-ups: Shai Gilgeous-Alexander and De’Aaron Fox is the highlight among match-ups, while Shai has fared better but Fox has the potential to go past 20 on a regular basis. Dort and Barnes is an incredible match-up too but Barnes has been more consistent(Not by far though). Josh Giddey and Tyrese Haliburton are the two-guards who play like Point Guards and that is an evenly matched-up scenario. Richuan Holmes has an edge at the Center match-up but yes, his production is down compared to last season. Terance Davis as the off-guard/wing can be a viable option and is the “X-Factor”. In terms of bench, yes, the Kings have Buddy Hield who is an incredible scoring option although a little off shooting-wise these days, while the Thunder has seen Kenrich Williams and Mike Muscala step it up at times. Overall, no team has a decisive edge in terms of match-ups in my opinion.

Points Range: Thunder is an improved offensive team, there are two simple reasons, Josh Giddey has increased his scoring range and Dort along with some role players have also extended their scoring lines. For the Kings, they have scored in the 89-102 points range in the last three games and have struggled massively to make deep runs, which has been the case throughout the season. Still with Fox, Hield, Haliburton, Barnes, Davis, Metu, and Holmes in the mix, the team has potential to get around 110 or so but while these are talented individual players, as a team they haven’t come through as much as you’d expect. The Thunder can score 110 these days while the Kings can get around 105 or so. I think this can be a high-scorer with around 217-227 points range.

Prediction: In terms of recent form, the Thunder has the edge but can they really sustain the current form considering their youth. On the flip side, the Kings have not done well considering they have both experience and a lot of options on offense. In terms of team chemistry, the Thunder has grown as the season has progressed and have more lengthy winning streaks than the Kings. Kings will need to defend better, they have given up 120+ points regularly this season and the Thunder’s improved offense can put up a huge dent in the Kings’ plans. I think the Thunder has a 55% chance of winning but perhaps playing at home can inspire the Kings. The possible scoring for me is 114:107 in favour of the Thunder.