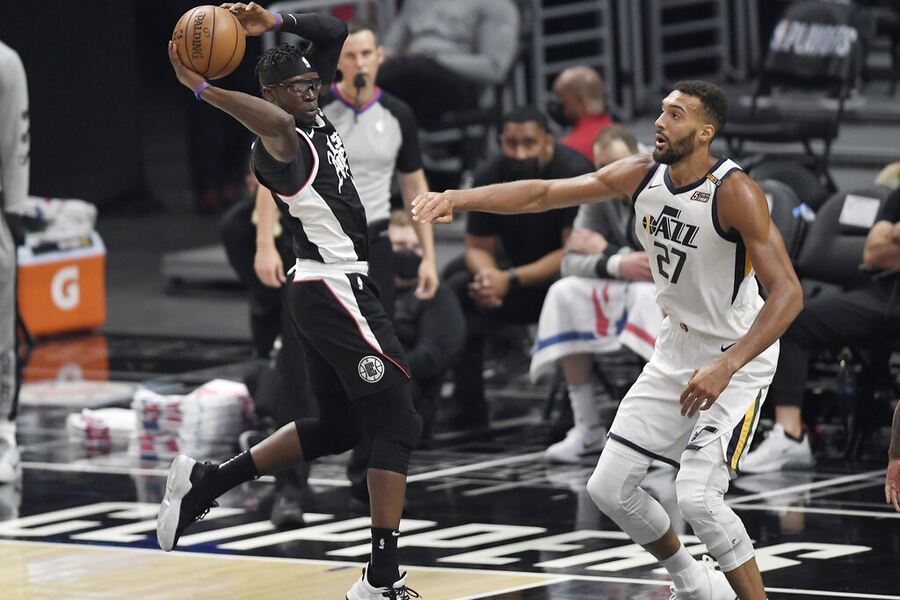 A long NBA season is going to wind down soon, and oh boy, as usual, we have seen a ton of ups and downs throughout the season. However, teams can’t afford many downs at this point, especially the ones looking to solidify their rankings. All the teams are still in the hunt for a lot of stakes and there is no way we can discount the current window thinking that Playoffs are all that matters. The Regular Season is a stage where the patterns for the Playoffs are set. And what patterns will be for the two teams the Los Angeles Clippers and the Utah Jazz that will clash here?

Clippers have fallen off the radar

The Clippers are on a five-game losing streak and with the fall of production from Marcus Morris and Reggie Jackson, the team’s balance has been in disarray. The Clippers maintained a decent balance earlier because Reggie Jackson was pumping in big-time points and assists and his production has directly correlated to his team’s wins. We also have to understand that the Clippers have been playing without their two major superstars Paul George and Kawhi Leonard, and if these two were playing, the team would have had an actually deep bench.

Despite their struggles, a decent earlier has kept the Clippers in the hunt to seize the eighth spot but there is no doubt that Paul George needs to return before the Play-in tournament because I don’t see them closing out the rest of the Play-in teams without him. This is high time for the Clippers to assuage the current bleeding. Terance Mann, Robert Covington, and Amir Coffey have done well as the supporting cast but things will not go in the right direction unless Reggie Jackson and Marcus Morris break out of their funk, which is the major reason the team has fallen off. The upcoming schedule is not that easy so the Clippers need to fend off some strong teams now.

Things haven’t been easy for the Jazz lately either, the team is on a four-game losing streak and as a result, the Mavericks have edged ahead and the Nuggets are closing in too. During the first half of the season, the Jazz won 28 and lost 10 games, since then, they have lost 20 and have only won 17 games, therefore, their status as an elite team has been hurt after they had the best record last season. One of the major reasons for the current losses has been the absence of Bojan Bogdanovic, because of which the perimeter shooting and scoring overall have been hurt.

Donovan Mitchell has continued to be a high-quality performer in terms of the offensive end. Mike Conley’s production has dipped, which has been one of the major reasons for the team’s fall recently. Jordan Clarkson has been a factor but without Bojan Bogdanovic, there is a lack of shot creators at this point. The team has been unable to get to high scores and despite Rudy Gobert playing during the current losing streak, Jazz has been massively outscored during multiple quarters. The Jazz will need to pick the game up because if the team ends up meeting the Mavericks in the first round, it will not be a pretty outcome.

Points Range: The Jazz has on average been a better offensive squad than the Clippers but these days, even getting to 100 points has been a struggle for the team. The availability of Bojan Bogdanovic and Rudy Gobert will end up defining the overall effort but Donovan Mitchell and Jordan Clarkson can pop for a big night anytime, especially the former. The Clippers have been troubled on both ends of the floor and their offense has been switched off early in the game more often than not as Reggie and Morris are unable to get going, limiting the team to around 20 points to start the game. Defensively too, the Clippers have been unable to put out a strong effort as well. I do see the Jazz doing much better on offense this time around and the total points range to be 220-230.

Prediction: This is not easy to adjudge as it may look, you may never know when Morris and Jackson hit one of their sweet streaks and the Clippers are one of the toughest teams to predict these days. On other hand, I refuse to believe the Jazz will lose five in a row especially against an opponent that is not being clinical these days. I do believe that Donovan Mitchell is due one of those nights where he by his willpower makes the Jazz cross the line. I see a decent fight from the Clippers but I see the Jazz winning 116:106.