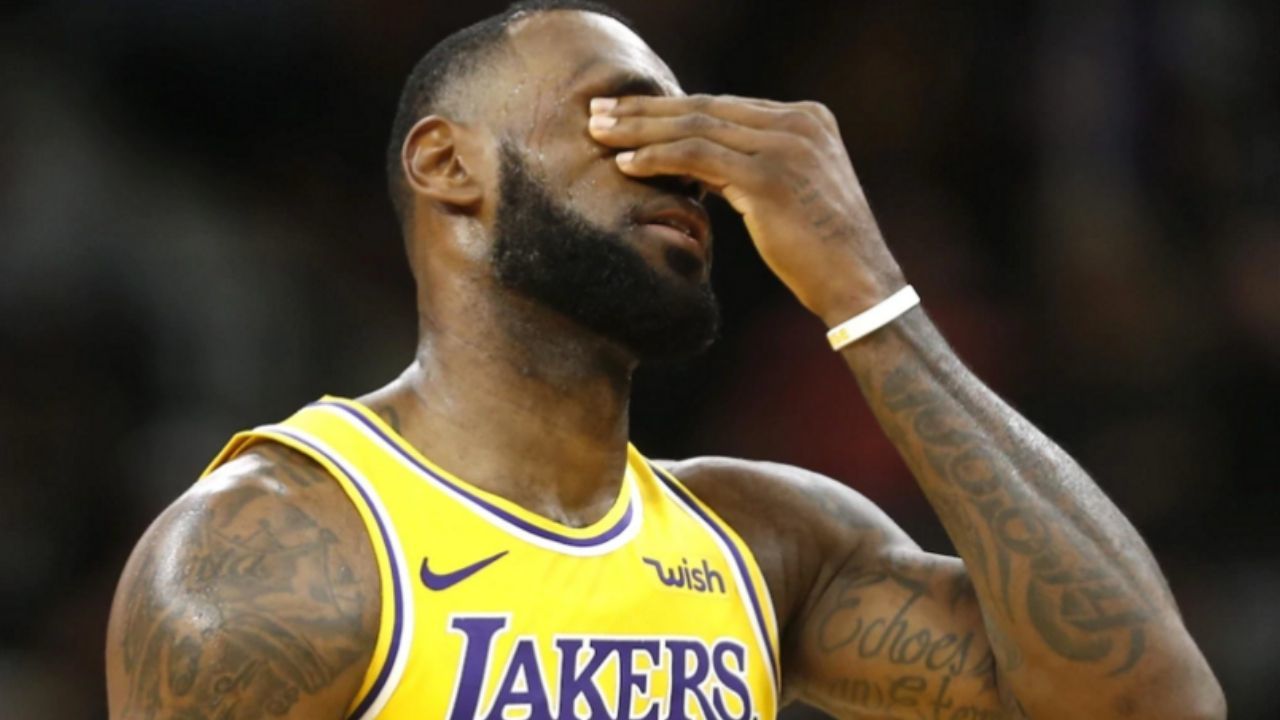 The NBA world is a strange one. Some squads are laughed at and praised by the wide fanbase for the same records. It is about expectations, historical baggage, and various other trends that come attached to various Franchises. That is why the fanbases react differently to different Franchises. This is the world of the NBA, you can set up a bunch of superstars together and still struggle, while even a young lineup can accelerate the win count. The big-three model has been failing lately and the recent split-up of the Harden-Irving-Durant trio is one of the latest examples. And when it comes to the trio of Westbrook, James, and Davis, the results have been even worse. So, as the LA Lakers meet the Dallas Mavericks, the Lakers fanbase may be out of the teeth to grit sooner than later.

The Lakers’ season has been painted in the most humorous ways possible by critics, fans, and even NBA players at this point. It is tough to see a LeBron-led team struggle to no ends as the LA team has lost the plot time and time again this season. After the 28-point blowout loss to the Pelicans, Jay Williams, the ESPN analyst charged the Lakers with “disrespecting the game of basketball” and there were videos of Westbrook and LeBron engaging in a back-and-forth with fans, drama…. On the other hand, the Mavericks have played at a high clip since January, they have won 36 and lost 25 games. They have won seven out of their last nine games and unlike the Lakers, they have filled their fanbase with enthusiasm lately. So, as they counter the Lakers, you can see who is the favorite! Can the Lakers spark some hope in its fanbase or is it a gone case at this point? To know my game total and result prediction, go to “Expert Betting Tips”. For my player-based statistics prediction, slide to “Player Performance Prediction”.

Lakers are looking at the abyss, Mavericks have their heads up

Lakers’ season has been a butt of jokes lately

The Lakers have not won two games in a row for more than 45 days now. Forget winning two in a row, this is a team that has kept on going losing streaks, and even managing a win against the so-so teams has been a struggle. Lakers have been awful against the elite, losing more than 75% of their matches versus the +50% win teams. At this point, the Westbrook project has failed so poorly that the guard has looked completely out-of-sync. Before the season began, I was opposing Lakers fans who said that this season will be a tough one and the Lakers will not even 50% of their games, well, guess what, they were bang on the target.

One major issue has been the defensive end for the team. Even one of the best to ever do it on the defensive end in LeBron James has not played average defense lately while most of the unit looks in no rhythm at all. Seriously, watching the Lakers defend has become a challenge in itself. While LeBron has kept the offensive end ticking, the Lakers give up huge runs from time to time and some of their earlier rising players like Malik Monk have now gone off-the-radar. The team chemistry is abysmal, there is a total lack of hustle and the Lakers are surely a failed project for now.

The Mavs will come into this game after taking down the league’s second-best team record-wise in the Warriors. They were down more than 20 points but they have shown again and again that they can put the lock on the basket during the closing moments. How big is this ability when you consider the Playoffs picture! Surely, they are in for a tight race for the fifth spot versus the Nuggets and both teams have been red-hot since January but the Mavericks hold the defensive edge on teams these days. This is largely due to the frontline of Bullock, Finney-Smith, Kleber, and Powell.

And when you talk about closing out games, the mention of Doncic becomes a must. He has hit a sweet spot since February after he was posting scoring fewer points than the last season on average. With him turning it on, the Mavericks can finish at a high clip. Despite a couple of so-so games, Jalen Brunson has done well as the backcourt mate of Doncic. Spencer Dinwiddie has bolstered the bench significantly and after a cold spell with the Wizards, he has been red-hot for the Mavs. Bertans is a stretch-four option while Bullock and Finney-Smith can score around 10 or so regularly. The Mavericks are highly reliant on Doncic but they have found a great bench recently.

Points Range: Lakers were an elite offensive team earlier in the season but we can’t even call them that anymore. Their offense has struggled to score around 110 lately and has been limited to around 105 or so. On the other hand, the Mavericks have usually scored in the 107-113 range but will have their chances against the falling Lakers team. Defensively, the Mavericks are lightyears ahead of the Lakers and have done a great job of limiting even elite offensive squads around 100 or so. I believe the Lakers will still score at least 104 here while the Mavericks will go past 110. I see the total points range as 220-230.

Prediction: As stated above, the Lakers have been struggling against elite teams and enter as the underdogs against them even when they are on their home floor. The Mavs are a better defensive team, have a better offensive balance, and can find a more than decent production off the bench these days. This is why I see them toppling the Lakers with a scoreline of 118:108.