Content
To top
1.
“Until you stomp me out, cut my head off, bury me 12 feet under, then I got a chance”- LeBron James
2.
“We desperately need Draymond”- Steve Kerr
3.
Player Performance Prediction
4.
Expert Betting Tips
5.
Betting Odds
Users' Choice
1765 200 USD 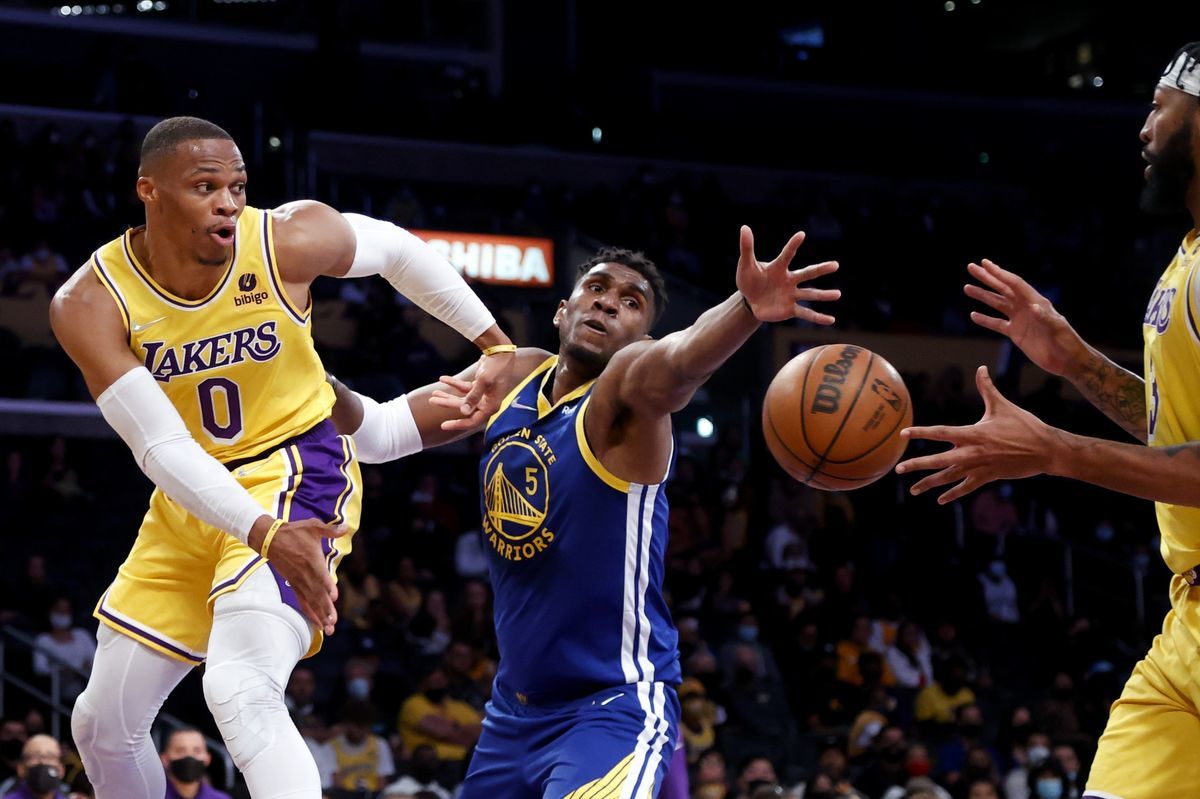 How quickly can the NBA landscape transform! A team that can win a bunch of games earlier can fall off the radar and the energetic fanbase starts to tear their hair. But then there are some teams that set such a poor tone that the theme continues for the rest of the season. Some of the squads that began in a rousing fashion go through injuries and the oppositions can figure out their game plan. On the other hand, some teams play such a poor brand of basketball at times, that the scope for improvement keeps on thinning down. And talking about a thinned-down scope, the Los Angeles Lakers, a team that has set a poor tone will meet the Warriors, who began in a rousing fashion but have lost the way without Draymond Green.

The Lakers’ struggles have been set in detail by various critics, fans, and outlets. There is plenty of criticism that the LeBron-led team has already borne. So, yes, it is pointless to just criticize the Lakers at this point. They are on a four-game losing streak during their most crucial phase of the season and with Anthony Davis sidelined for a long period, well, things are looking grim for the storied Franchise. On the other hand, surprisingly, things are looking grim for the Warriors as well. They have lost the plot recently and after going on an impressive nine-game winning streak, they have lost seven of their last nine games. Despite their cold streak, they have garnered 43 wins and 20 losses, but as Steve Kerr said,” we need Draymond”. Can they scrap a win here against a Lakers team that seems to be handing over concessions on a regular these days? For my game total and result prediction, go to Expert Betting Tips”. For my player-based statistics prediction, hop over to “Player Performance Prediction”.

“Until you stomp me out, cut my head off, bury me 12 feet under, then I got a chance”- LeBron James

Even though LeBron seems to be still hellbent on getting it together for the Lakers, the team chemistry is all over the place at this point. Westbrook’s production has reduced amidst intense criticism and it reminds me of the time when prime Dwight Howard came to the Lakers first time and didn’t meet the expectations. The Lakers have been falling off the radar each month and forget going on a winning streak, they keep on going on losing streaks and unlike earlier, they have also struggled at their home floor quite a bit. The Lakers remain in the Play-in contention but with even Monk struggling from time to time now, their offense is also highly compromised.

The Warriors' defense has struggled without Draymond and if Curry has been their offensive MVP, Draymond has been their defensive MVP. Draymond is a classic case of how MVP awards can sometimes rob defensive players who put in even more work but have a much less advertised Defensive Player of the Award to contend for. Draymond is more than just an incredible individual defender or help defender, he is the communication pipeline and the vocal leader of the Warriors, willing to do the dirty, commit to trash-talk and take a hit or two on a regular basis. The Warriors were the best defense in the league when Draymond was playing, it is just not the case anymore.

Assuming they are all available for this game, these are my player-props related predictions:

Points Range: The Lakers were one of the best offensive teams till the end of last year but since February, even their offense has fallen off the radar. It has been due to Malik Monk’s cooling down on that end, Anthony Davis being absent while Westbrook’s scoring also decreasing. On the other hand, the Warriors have done well offensively, scoring at 113 points during most games recently. And with their strong three-guard rotation of Poole, Curry, and Thompson, they will be in play to score 120+ against a highly vulnerable Lakers defense. The Warriors’ defense has been also weak recently and a team that didn’t allow 110 during more than 98% of games with Draymond, has been giving up 117 or more on a regular basis. Both teams are not faring well on the defensive end recently. I believe the Warriors