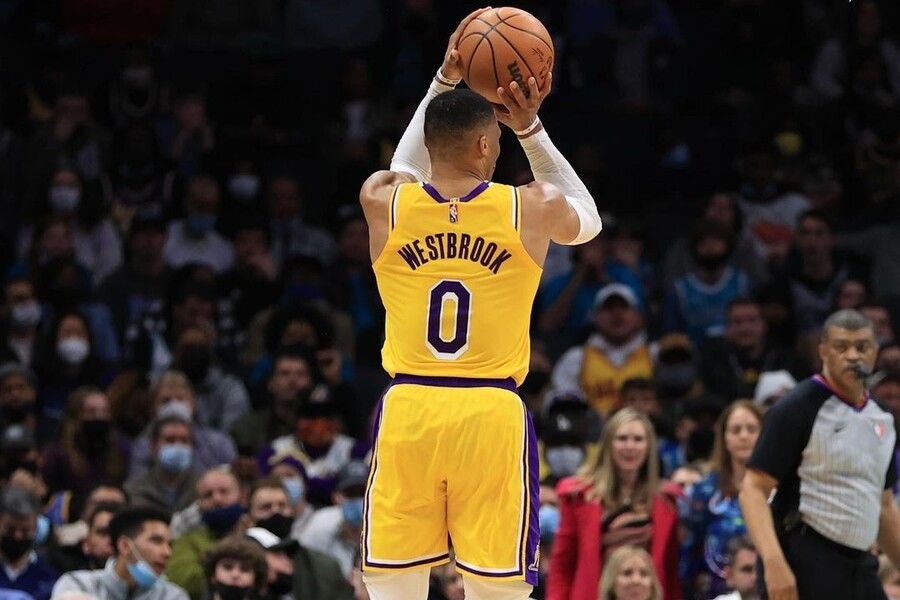 NBA keeps on churning games on a daily basis and at this point, we are under three weeks away from the Playoffs. This is a crucial window for squads that are looking to rise up the ranks, while the Phoenix Suns have proven to be an uncatchable squad this season. The Western Conference has known the full flurry of the Suns because they have been left to fight for the spots beyond the first. And in the West, it has always been a treasure trove of elite teams. However, the Los Angeles Lakers are surely not among elite teams but they will meet an elite one in the Philadelphia 76ers.

The West has been raided by the Suns, a team that remains on the top and will finish there for sure. Below them are the Grizzlies that have built a big distance and just under the Grizzlies are the flailing Warriors. Below them are the Jazz, Mavs, Nuggets, Timberwolves, and the Clippers. Then we have the Play-in bound Lakers and the Pelicans. The Lakers have somehow clung to a Play-in spot thanks to LeBron James. On the other hand, the East has the Heat on the top but the Bucks, 76ers, and Celtics seem to be catching up to them. The 76ers won the last game against the Heat without their aces Embiid and Harden.

LeBron has been bearing the Lakers' burden

The Lakers have been somehow holding on to the ninth spot thanks to the otherworldly play of athletic phenomenon LeBron James. He keeps on having big nights and if the Lakers were among the top ranks, he was surely an MVP candidate, and he has surely played like one. Russell Westbrook has been also doing a great job recently and has surely lifted his game compared to his most turbulent month in February. However, outside of these two, there have been some flailing players in Monk and Anthony, whose production has gone down while rookie Austin Reaves has done well as the starter. So, can the Lakers continue to stick on their ninth spot?

76ers have a high potential

The 76ers haven’t been a clinical squad yet but with Harden and Embiid in their backpack, they can make a lot of noise in the East. Embiid brings quality scoring, rebounding, and defense while Harden has proven to be a wonderful presence in the Point Guard spot with his high-yielding scoring and playmaking. Maxey is going to be the “X-Factor” once the Postseason arrives because his high scoring usually means the 76ers are guaranteed a win especially when Harden and Embiid are active. Tobias Harris supplies quality scoring, rebounding, and defense as well but his touches have decreased since Harden has been in the fray. Overall, the 76ers remain in the contention to seize a top-three spot at least.

Assuming these players are available, below are my player performance predictions:

Points Range: While the Lakers have had a couple of 120+ points games recently, riding the hot-hand of LeBron, they have been continuously put off against above-average defensive units and the 76ers are surely one of them. The 76ers have been a little off at times even with Embiid and Harden but they are a brilliant offensive team away from home and against the so-so defense of the Lakers, they can make hay. Wenyen Gabriel has provided some much-needed hustle and defense at the Forward position but the 76ers have a strong and physical unit especially when Embiid is playing as he can overpower numerous defenders. On the other hand, the Lakers will have to see more production from Monk and Westbrook here. I believe the total points range here is 221-230.

Prediction: LeBron James is questionable for the game but he has played 90% of the time while being listed as questionable. The Lakers face a team with a much more cohesive offensive system and the presence of Embiid means that they will have to perhaps give some minutes to Dwight, as I don’t see anyone else catching up to him size-wise. I see Embiid dominating the Lakers in the middle and the 76ers winning this 120:107.