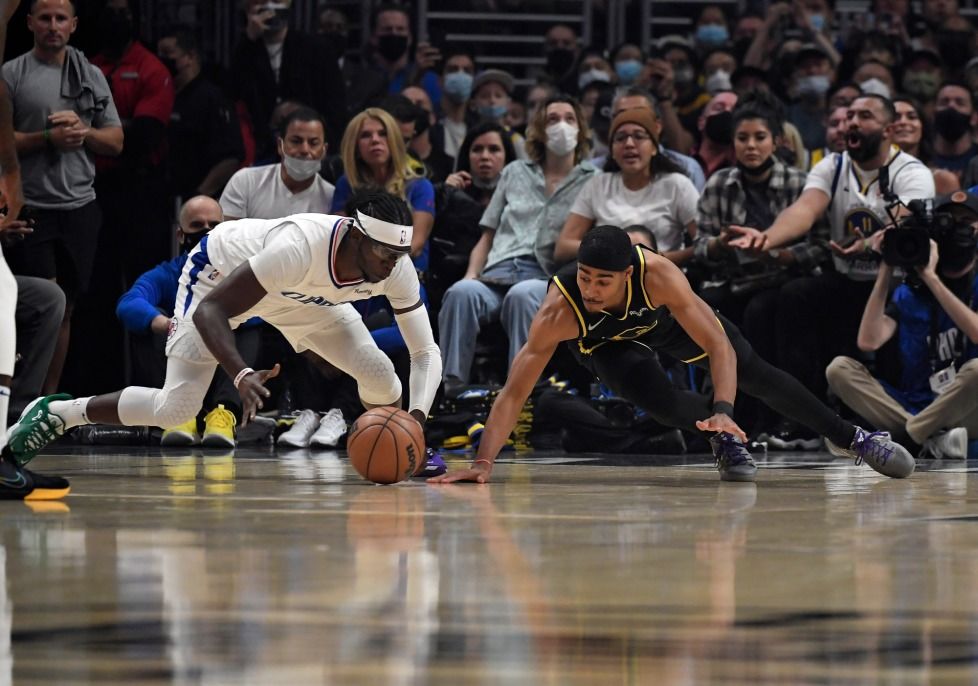 NBA has been a tough nut to crack since its inception, it has a highly demanding environment, and when a team plays 82 games per season, it is surely a tough ask when the act is so much up-and-down. The type of action can, of course, take a toll on the bodies of various athletes and this toll means a lot of injuries as well and there is no team that is untouched by the persistent threat of injuries. However, there are some squads that just can’t catch a break and at times, your top-three high-yielding players can end up in the injury list for the long term. And with that, let us jump into the game between the LA Clippers and the Golden State Warriors.

As stated above, the injuries graph has mounted for the Clippers. First, their leading two-way wing Kawhi Leonard has been hurt since the beginning of the season, and may not even feature in a single game this season. Then another leading player Paul George went down with an injury and hasn’t played in more than a month and a half. The team then made a bonanza trade to bring in exciting Norman Powell, but guess what, now he is down! The Clippers can’t catch a break it seems and this has to be one of the most frustrating seasons for the fans. The Clippers are still in the slot for a Play-in spot and are just two games under the 50% mark.

On the other hand, the Warriors have been justifying their Franchise title and keep on racking up wins. Yes, they had a brief two-game losing streak but they had mounted a nine-game winning streak and came into this game after winning a thrilling 117:115 contest versus the Lakers. The Warriors will play the next five out of the seven games away from home, and they keep on improving their offense with Draymond Green out of the fray. And that has what made their recent returns impressive, with their leading defender and playmaker out of the fray. Can the Warriors trump a hurt Clippers? For my game total and result prediction, jump to “Expert Betting Tips”.

Warriors are a force

The Golden State Warriors have been playing a high brand of basketball and well since Klay has been back, their offense has looked formidable. Klay scored 33 in the last game versus the Lakers and he is the “microwave” type of player, he can heat up and take over the offense with his incredible ability to shoot from the perimeter and also score in other ways. The Warriors will be buoyed with his return as it has somehow given more balance with Draymond Green out who revs up the offense due to his incredible playmaking abilities.

The Guard position is deep for the team with Curry, Thompson, and one of the best guard back-ups in the league with Jordan Poole, who can start for many teams. Wing Andrew Wiggins is a terrific two-way player and his ability to read the game situation makes him highly impressive. Otto Porter has added a lot of versatility to this lineup while Kevon Looney has been impressive in the middle. Jonathan Kuminga’s play has been huge too and the Warriors machine has received more and more fuel due to the increased depth this season.

Clippers have been unlucky

Clippers are a fighting unit, many teams when you miss two of your top players, you can fall prey to four-five games losing streak time and time again but the Clippers have avoided that. However, the recent injury to Powell is just too much as the team just can’t catch a break. Now, it will be back to the veteran lineup to hoard wins and with the postseason nearing, the pressure will only mount upon the team. This is why the All-Star break will bring a much-needed relaxation window and the team can also get Paul George soon after the break.

Reggie Jackson has carried the PG position well with his up-and-down but much-needed scoring. Meanwhile, Marcus Morris will once again be entrusted to score off the high-post situations and keep matters ticking. The role of Terance Mann is huge and I do think and have been arguing he can be an enforcer on the offensive end but he has been just too inconsistent. Batum is crucial at the defensive end while Zubac could also do more with his scoring and rebounding. Can the Clippers keep fighting till at least George returns?

Points Range: The Clippers' offense can be hurt with Powell out but hey, the current unit has gelled over the season and they can still mount up a more than decent offensive resistance. While the Clippers are not the most consistent defensive group, they have discovered some fights every now and then. On the other hand, the Warriors have made it a habit to go past 110 on a regular basis lately while even if their defense has been a bit down with Green out, they are better than Clippers on average. I see the Warriors going past 113 here while Clippers being limited under 109. The total points range seems to be 220-230.

Prediction: The Warriors can be even more formidable from here on, and imagine once Green returns. The Clippers are going to face trouble on both ends here and Reggie Jackson has been susceptible to cold shooting nights. I see the Clippers putting on a fight till the first half but then the Warriors expanding the lead by the middle of the third quarter. I see them taking this game 118:107.