Los Angeles Clippers vs Minnesota Timberwolves: Clippers have a lot of grind in them 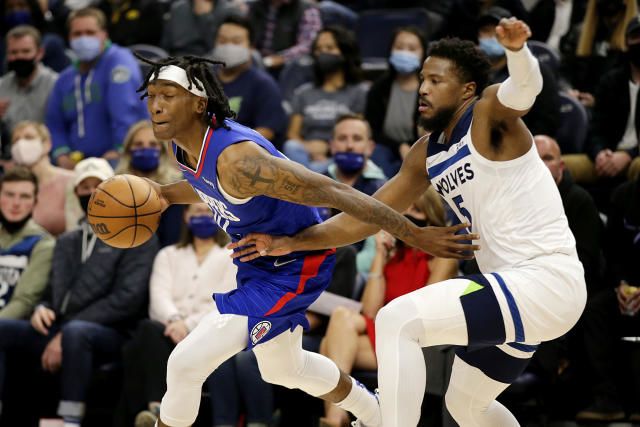 COVID-19 has disrupted the global rhythm and the world of NBA is no less affected by the vicious cycle of the pandemic. Still, the league’s flexible approach enables for the schedule to run smoothly and I, as a writer, feel grateful that I get the chance to evaluate different teams and different players on a regular basis. Anyway, let us jump into this one! In this game, the Los Angeles Clippers take on the Minnesota Timberwolves in a typical Western Conference affair. Minnesota played the Lakers last night in a meeting that didn’t go their way and understandably so, winning without two of top three-scorers against a fired up LeBron can be tenuous. On the other hand, the Clippers are one of the most feisty and experienced teams out there. Can the experienced Clippers take down a relatively inexperienced Timberwolves team? For the game total and result prediction, go to “Expert Betting Tips”.

Clippers have a lot of fight: I respect this Clippers unit a lot and I believe we need to many times look past records and in these times, look at what a team does with limited options. First, they have been playing without Kawhi Leonard, who led them in scoring and is a premier defender for them. Then Paul George also went down and in the middle Reggie Jackson also disappeared. Still, veterans Bledsoe and Morris helped the unit to have some semblance on offense. With Reggie Jackson back, the team has three reliable scorers, whereas Jackson and Bledsoe can also act as the playmakers. Terance Mann and Amir Coffey have also played well lately and Mann has scored 17 or more in three games straight. Overall, with Morris, Bledsoe, Jackson, Mann and Coffey, the team can find out 100 points or more.

Timberwolves need Towns and Russell: Timberwolves got Anthony Edwards back a few games ago and he has scored a lot straightaway. Naz Reid has breached the 15 points or so mark twice now meanwhile Malik Beasley, despite his inefficiency shooting, can supply 18-25 points, and Beverley has acted as a superb playmaker. Jaylen Nowell has scored 10 or more points on a regular basis these days but yes, overall, the team needs Russell and Towns back. First, both of them help in more efficient shooting with Towns getting high-quality baskets and Russell shooting a high-percentage from long-range. Vanderbilt and McDaniels have helped the rebounding end a lot, and I think once Towns returns, the team will be a sturdier rebounding unit.

Points Range: Timberwolves has scored in the 103-108 points range including a 88 points game with Towns and Russell out. On the other hand, the Clippers scored 120 in the last game with Jackson, Bledsoe, and Morris clicking at a high-clip. I believe the Clippers defense can hold the fort especially if Towns and Russell are missing from the picture. If we look at both teams, I think a lot of offensive production will depend upon the reserve players like Coffey, Winslow for the Clippers and Nowell and McDaniels for the Timberwolves. My gut says that the Clippers will score at least 105 here while Timberwolves may struggle reaching there. I think the overall points range here is 200-212.

Prediction: Anyway, let us come to the main part. Who will win here? Well, let me think about it first. Well, I think the Clippers are in a bit of a pinch with George out, but when you have three experienced scorers from one guard to wing, that will always keep you in the game. On the other hand, the Timberwolves will have to find some resolute production from Beasley, and frankly, if he shoots at a higher clip, it will help matters. Overall,I believe the Clippers have an advantage at their home floor and if Towns and Russell miss another game, the Timberwolves can lose fourth in a row. I think the Clippers will win this 111:100.