Content
To top
1.
Will the Clippers never get back on track?
2.
Oklahoma have already beaten one Los Angeles
3.
Expert Betting Tips
4.
Betting options:
Users' Choice
12 200 USD

Los Angeles Clippers vs Oklahoma: The Clippers to get an important win 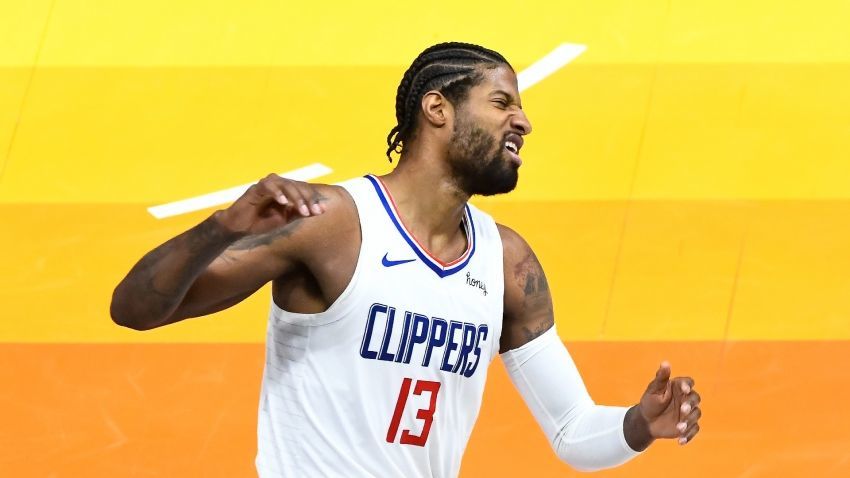 The Los Angeles Clippers are simply awful at the start of the championship. Not only has Tyronn Lue’s team won only one game out of 5, but they also haven’t shown anything decent on the court. A home game against weak Oklahoma is a great opportunity to get better. Will the Clippers take advantage of it? We’ll select a few options to bet on at once.

Will the Clippers never get back on track?

The California team had a real chance to make it to the big finals last season finally. However, without Kawhi Leonard, the Clippers fell short against Phoenix in the Western Conference main series. And that seems to be where they ended up as a team. Or did they?

The Clippers lost four of their five games at the start of the new season. And with each successive game, their optimism fades. If the team was more or less decent in their first three games, losing to Golden State by only 2 points, to Memphis by only 6, and to Portland by only +30, they dropped their next game to a horrible 79-92 home loss to Cleveland. After that, they made a disappointing trip to Oregon, losing to Portland, 92-111.

There are two perceptions of what’s going on. The first is that the LAC are having a hard time getting into the season and will consistently win over time. The second is that the team is deteriorating from within due to the departure of Chauncey Billups from the coaching staff, Kawhi Leonard’s toxicity and injury, and just a generally weak roster. There are arguments for both situations. But let’s wait - time will tell better, which is closer to the truth.

Characteristically, Mark Daigneault’s young team earned their only win in their six starts against the Los Angeles Lakers. Oklahoma lost to the Lakers -25 at the end of the second quarter but managed to come up with a phenomenal comeback and took the victory with 123:115. It’s possible, by the way, that this game would remain the Thunder’s biggest achievement for the rest of the season.

It’s still unclear what the outcome of the Oklahoma draft will be. What is clear is that general manager Sam Presti plans to build the team around Shai Gilgeous-Alexander, who is already signed to a multi-year contract. Almost all of the other players’ contracts expire at the end of this season and next.

In reality, of the two interpretations of the Clippers’ situation presented above, something in between is likely to be true. The team will certainly improve in the championship course, but it will hardly be able to claim the same success as last year. Whatever the case may be, the LAC must beat Oklahoma with maximum confidence under any circumstances. So far, the Thunder look decent only at home, and they’ve lost all three road games by over 10 points.

The prediction is a confident win for the Los Angeles Clippers.