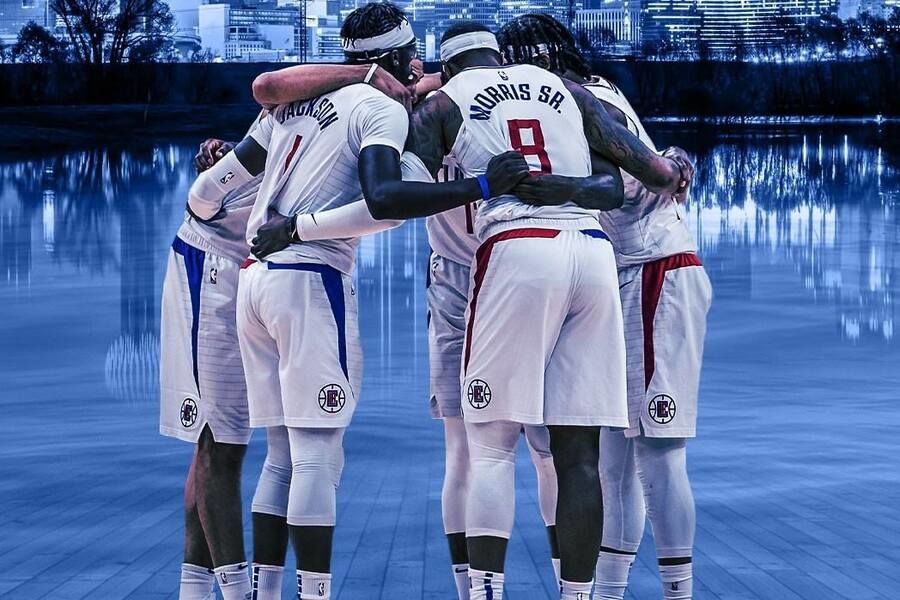 As the Phoenix Suns keep on raiding oppositions, leaving them with no answers, other teams keep on fighting for rankings. There is no doubt that the Suns have set a high bar and are primed for a deep run. On the other hand, numerous squads keep on hitting cold walls and are helpless at times, due to injuries, struggles on road, and various other reasons that are inhibiting their growth. The NBA’s tricky terrain keeps on engulfing teams, even the ones that have kept on the fight. And surely, the Los Angeles Clippers have kept on the fight and they will square off against a strong Philadelphia 76ers as the schedule keeps throwing curveballs towards the Clippers.

The Clippers are going to have their hands full again as they will host a loaded Sixers squad. First, Zubac has showcased some struggle containing ace Centers and Joel Embiid is surely one of those ace Centers, someone who can pose multiple threats in the middle. His ability to occupy the paint, work in the post and also nail jumpers mean that Zubac has his work cut out but it will take the team defense to contain him at the end of the day. But this is not the only issue the Clippers will have dealing against the loaded Sixers squad.

James Harden has the liberty to operate at the perimeter with Joel occupying other parts of the opposition. The Clippers can try putting on Mann, Coffey, Covington, and Batum in turns, but even then restricting Harden is not an easy task, he has shown the ability to expose defenses that are elite. Then you have Tyrese Maxey for the Sixers who keep on putting on a show and containing him is no easy task as well. Tobias Harris will have his say too and he can also knock down shots to keep the Clippers' defense at bay.

Reggie Jackson for the Clippers is an essential player and there is no doubt that his high or low performances are synonymous with the wins and losses incurred by the Clippers. He has been in a cold shooting streak at the worst time possible, which is a reason for so many losses recently. Marcus Morris is not scoring 20+ points like earlier and he will need to bring his A-game here. Meanwhile, Terance Mann will also have to pull up his socks and come up with a big game to counter the 76ers' defense. Kennard will also need to pull off one of his major shooting games and he is now due a big night. Isaiah Hartenstein will be also asked to keep Embiid at bay and he has had a solid season in all honesty.

Only one major area where the Clippers have an advantage is the bench, which looks deeper and higher-yielding than the 76ers but usually such kind of bench also signifies a lack of firepower among starters. Center Ivica will also need to perform offensive maneuvers and bring in one of his best games all season long. There is no doubt that the Clippers have their work cut out and although they have both experience and depth, they are running into the 76ers, a powerful team. Can the Clippers somehow turn the tables here?

Points Range: The 76ers are on average both a better offensive and defensive squad and their play away from home have rather been superb. The threat of Embiid, Harden, Maxey and Tobias means that the 76ers can accumulate around 120 points or so but the Clippers have shown in the past that they can take charge on the defensive end. Reggie Jackson will need to put up a big show and scrape big-time points. Zubac has a solid stretch to begin the month and he will need to unlock that stretch. Mann has showcased some offensive potential recently and he can bring some heat off the bench. I believe the total points range here is 221-230.

Prediction: While the Clippers may look as clear underdogs here and the 76ers enter as the clear favorites. I believe they are in for a big effort here and can pull through if Reggie has a big night and the defense is somehow able to contain both Harden and Embiid. However, the 76ers have loftier goals to accomplish, and beating a team like the Clippers can not be much of a hassle considering their great scoring balance and the knack for playing elite defense from time to time. Still, I see a close battle with the 76ers ultimately eking out a 118:112 win.