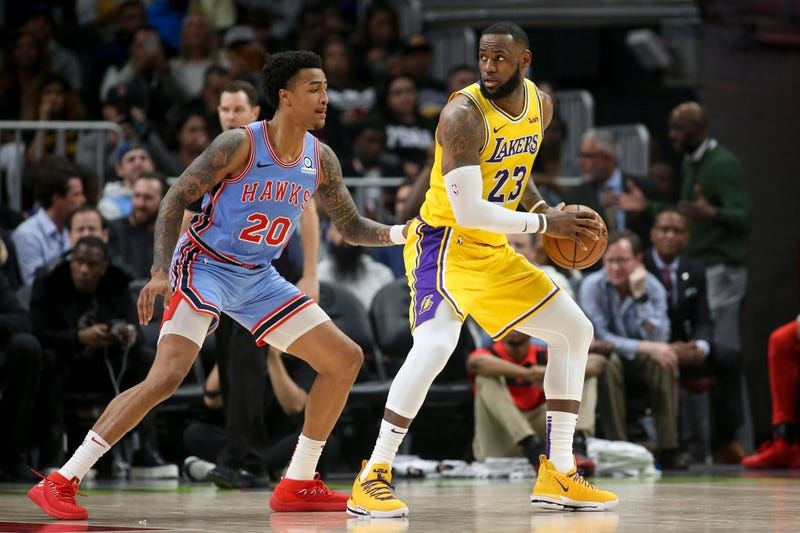 As an NBA writer and someone who hands over suggestions related to its betting, figuring out combinations has become a tricky affair especially in the league full of injuries and now hit with the persistent COVId-19 threat continues to loom around and bares its fangs. Still, the task of betting still remains an intriguing practise as the league has continued to go on about its business. And that is why we are here, discussing the match-up between the Los Angeles Lakers and the Atlanta Hawks in a typical West-East tussle. The Lakers have 20 wins and 19 losses, winning three games in a row but frankly, they should have done a lot better. On the other hand, the Hawks have 17 wins and 20 losses and after making the Eastern Finals last season, they haven’t looked the same team. Can the Lakers figure out a way to finally build a 5+ game winning streak or will they lose momentum again. For a quick look, head over to “Notes”. For my game result and prediction, go to “Expert Betting Tips”.

Lakers have gained some steam, Hawks are not like last season

Important time for the Lakers: Lakers have won three in a row on the back of some MVP-level performances by LeBron James and some high-quality shooting by Malik Monk. Carmelo has also aided the efforts and I know fans and critics alike are giving a lot of flak to Russell Westbrook but he has also had stellar all-around performances all around the clock. On the other hand, Avery Bradley has been up-and-down but yes, he is crucial for the team’s defensive schemes. I believe the Lakers may make some trades but yes, I’d have stuck with the same combination, in this world, we want quick returns, but sticking for 40-odd games is even a small sample size for me in the context of the NBA. If the Lakers play better against elite teams and fix their defense, they can build 6+ game winning streaks again and again.

Hawks have looked lost all season long: Atlanta has been struggling all season long and their defense has been faring even worse espescially since John Collins has been gone. Trae Young and Kevin Huerter are not high-level perimeter defenders while Clint Capela hasn’t been as effective as last season. Still, with Trae Young, the team has run a tremendous amount of offensive sets that have brought high returns and the lack of bench strength in terms of frontline has hurt the team.

Points Range: The Lakers have scored 110 or more on a regular basis and well, when LeBron is dropping 30+, Monk and Westbrook 20+ regularly, and Carmelo turning up for 15+ returns, that is a little surprise. Trae Young is questionable for this game and if he plays, then he can go on for 110+ or so on a regular basis. Bogdan Bogdanovic who is also questionable hasn’t been as effective as the season in terms of offense and Capela’s numbers are down too. Meanwhile, the team has gotten 15+ points from Collins but overall, the defensive side has been on a regular basis, giving away around 130 or so these days. Hawks and Lakers both have vulnerable defenses but I think the Lakers have potential to be better since LeBron will arrange his troops well I feel. If we consider the overall picture, a points range of 220-230 looks possible here.

Prediction: At home, the Lakers have fared much better and the Hawks are not exactly as stellar a squad away from home. Of course, a lot will depend upon Trae Young who can go off for 30+ nights these days and that in itself can keep the opposition at bay. However, with their current defense, the Hawks can have trouble stopping the Lakers both in the half-court and the fastbreak situation. I give the Lakers an edge here and I believe they will win four in a row. If Trae plays, they have a 61% chance of winning, if he doesn’t then 77% chance of winning. I think they will take this 125:110.