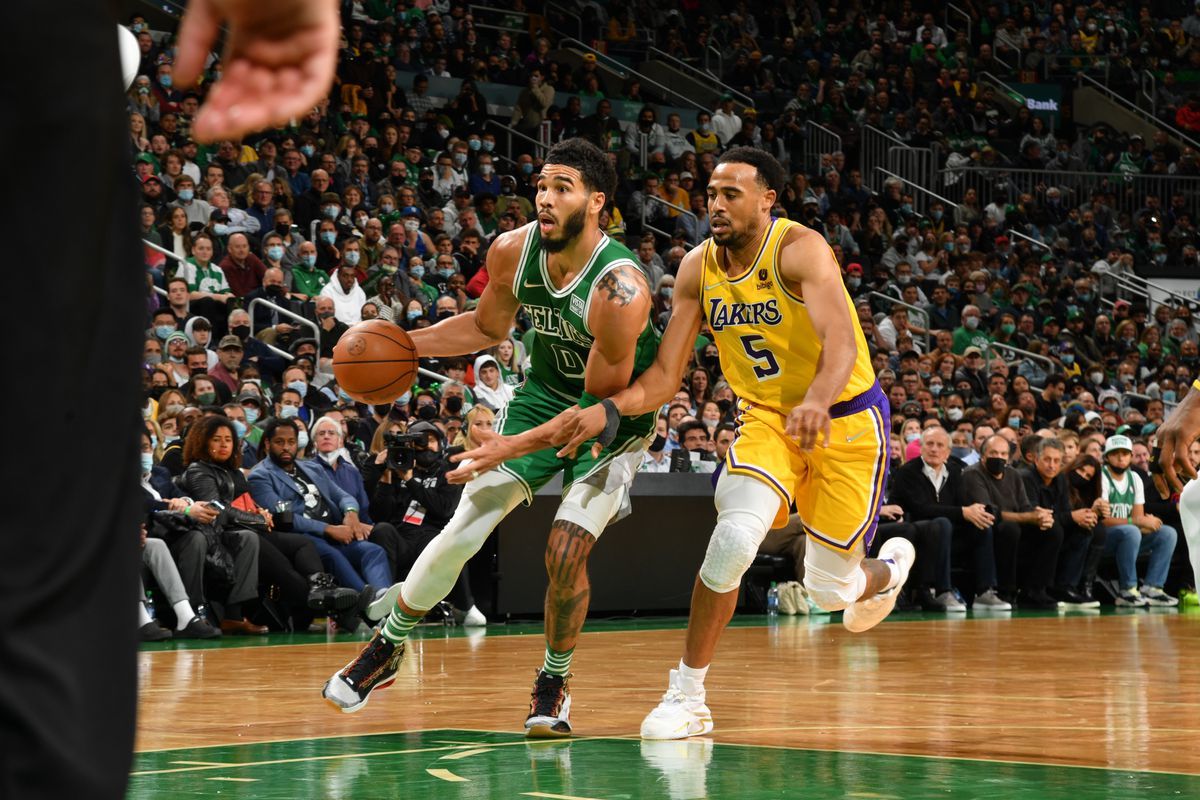 Well, well, is any bet safe in the NBA? I acknowledge that the bookmakers are sometimes way too accurate but there are plenty of instances when those odds start looking wayward. But can we blame them? The game is topsy-turvy after all. Anyway, let us come to this game, a classic rivalry between the Celtics and Lakers! Can that get the juices flowing for both teams who are not finding any sort of rhythm this season? For the total prediction and win prediction, move to the “Expert Betting Tips” section, for a quick overview, head over to the “Notes” section.

Defensive comparisons: See, one thing is clear, the Celtics have been a better team defensively and no, I don’t say it by just comparing averages but since following the season, I have seen Lakers just give away points after points. Celtics have a better probability of restricting teams under 100 or so than the Lakers. The Celtics have more young and athletic players while the Lakers have been found napping on defense allowing 115-125 points consistently this season. If the Lakers’ defense were any better they would have had a 15-9 record rather than a 12-12 one, they have had teams drop 30 or more in a single quarter way too much!

Offensive comparisons: The Lakers have been a better offensive squad than the Celtics, more so because with Brown out Celtics can be a little undermanned. Yes, Boston has scored 130 or more in the last two games but let me tell you something, first, they played a Utah team that set up a shootout type of game, and then they played a depleted Trail Blazers squad. The Celtics have struggled against elite defensive teams but the Lakers are far from that so we can see another high-scoring Celtics night. For the Lakers, with versatile players like Davis, LeBron, and Westbrook surrounded by shooters like Monk, Carmelo, and a scorer like Talen Horton-Tucker, getting to 110-120 points is doable most nights.

Match-ups: Let us look at what is on the plate match-up-wise. At wing, Jayson Tatum can drop 30 or more regularly and Davis, LeBron, and the other defenders will have to put regular bodies on him. Meanwhile, Schroeder is as capable as Westbrook to clinch points. I believe at the Center position, the Celtics can create some fractures with Robert Williams pairing up with Al Horford. Lakers have had trouble at times getting rebounds and giving away 47-50 continually despite SO MANY elite rebounders. Will things improve for the Lakers’ defense which has let the fans down rather way too much!

Points Range: Oh, the “Total” discussion, ain’t this fun! No, not really, especially if you staking a good bit. Why do I say so? A point here and there and you can lose and win a bet. Now, let us move on to the game. With the Los Angeles Lakers, there is always a window for high-scoring games since they can both put up points and also give a lot on the defensive end. Celtics are a better defensive unit but they are not impenetrable either. I think the range here is somewhere between 220-230.

Prediction: Well, well, here we go again, “prediction” as if the practice is easy in the league where are a team with a 20% win record can down a team with an 80% win record. Still, lt us contemplate some scenarios. Celtics have found their offensive touch while the Lakers are a consistent offensive unit so we have a potential for some high-scoring output. I think the Lakers will pull through in this game, putting the game away late in the third quarter and early fourth quarter. But yes, don’t underestimate the Celts!