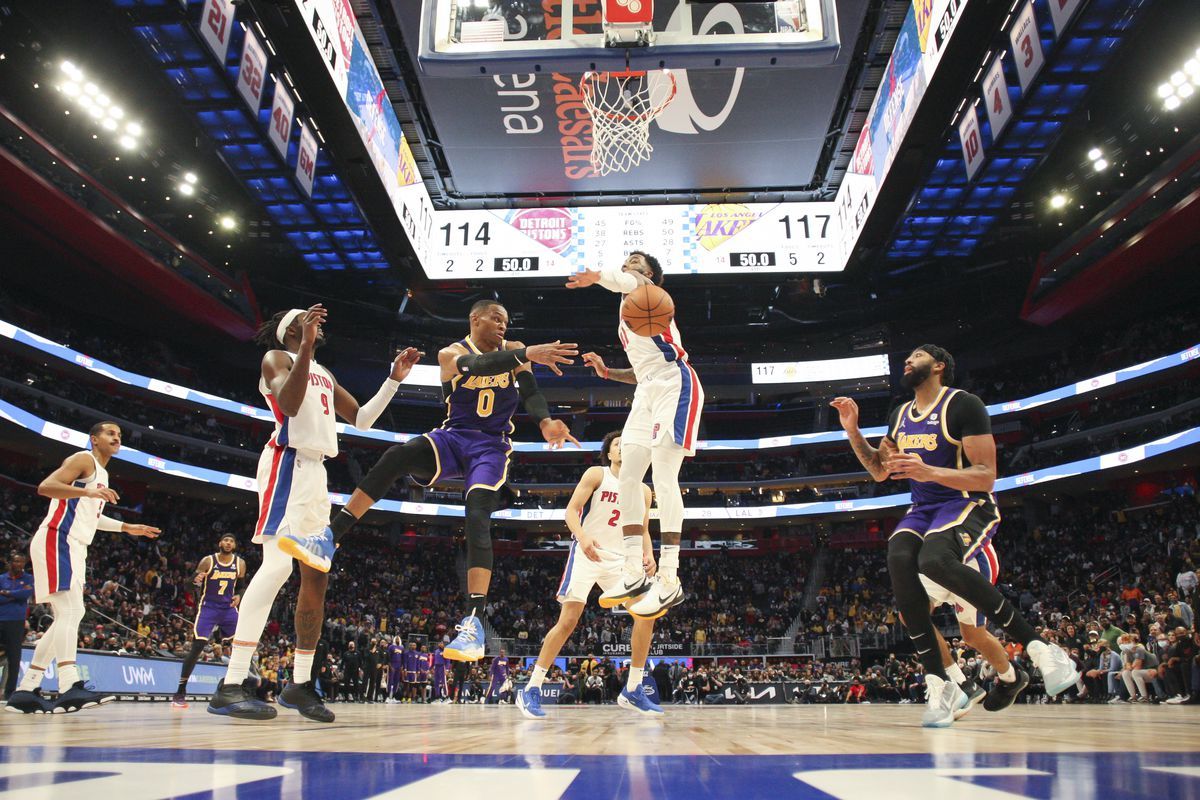 Each team plays 82 games a season in the NBA, which means both fatigue and a chance to improve or give away the existing record. In this game, the Los Angeles Lakers meet Detroit Pistons in a cross-conference match-up. Lakers are one game under the 50% win mark while Detroit has almost four times more losses than wins. For a quick overview, head to the “Notes” section.

Detroit Pistons: Too many issues to count on fingers

Stats speak out themselves: While statistics can’t paint a game-by-game picture, they certainly do speak out a lot in the case of Pistons. Pistons are dead last when it comes to points per game at 98.6 and shoot a meager 40.5% from the field. They are the only squad to click on less than 30% of their threes and haven’t touched the 100 points mark in the last three games. For a team that doesn’t shoot well, turning it over 14 times per game spells doom in most cases. The offensive metrics certainly display that Pistons have a faulty engine.

Youth shows in close games: With a host of first and second-year players, the Pistons are among the youngest teams in the league. Rookie Cade Cunningham is shooting 33%, sophomore Killian Hayes has shot 31% and second-year player Saddiq Bey also has been a tad inconsistent. Only experienced Jerami Grant brings some semblance to this offense while young Isaiah Stewart is the rebounding threat. With a vulnerable Lakers’ defense against them, the Pistons have a golden chance to stack up some points.

Their defense is worse than Pistons: Pistons are not known for their defense this season and the case for Lakers has been worse. Points leak from every nook and corner and the team has given away 30 points in multiple quarters many times. The defense has served as the major problem for the Lakers and sometimes the team shows little to no urgency on that end. With Kentavious Caldwell-Pope traded in the off-season, the perimeter defense has suffered and the inside defense is no better despite the team consisting of a defender like Anthony Davis.

Keeping it too close: The worst part for the Lakers has been losses to teams that have a worse record than them. They got beaten in triple overtime by Sacramento Kings during the last game while even the struggling Oklahoma City Thunder has beaten them twice. One silver lining recently has been the much-improved play of Russell Westbrook who has breached the 20 points mark four times in a row and has shot efficiently too while committing fewer turnovers than before. Still, if the team keeps its door open too much, it will keep losing.

Points Range: The Lakers’ defense looks like it will allow even a below-par Pistons squad to score 100 or above them. Los Angeles can put up points, no biggie, the squad can get around 110-120 points itself. This can be a high scorer but the Pistons’ offensive inefficiency may limit them to 100 or so. The overall points range seems to be 205-215.

Prediction: Lakers should win this one, otherwise their fans will have no more teeth to grind. Pistons are young and flailing so you can’t expect them to win may. The prediction is for the Lakers to win big but you never know with this topsy-turvy outfit.