Los Angeles Lakers vs Indiana Pacers: Lakers season has been a rollercoaster, Pacers keep falling off 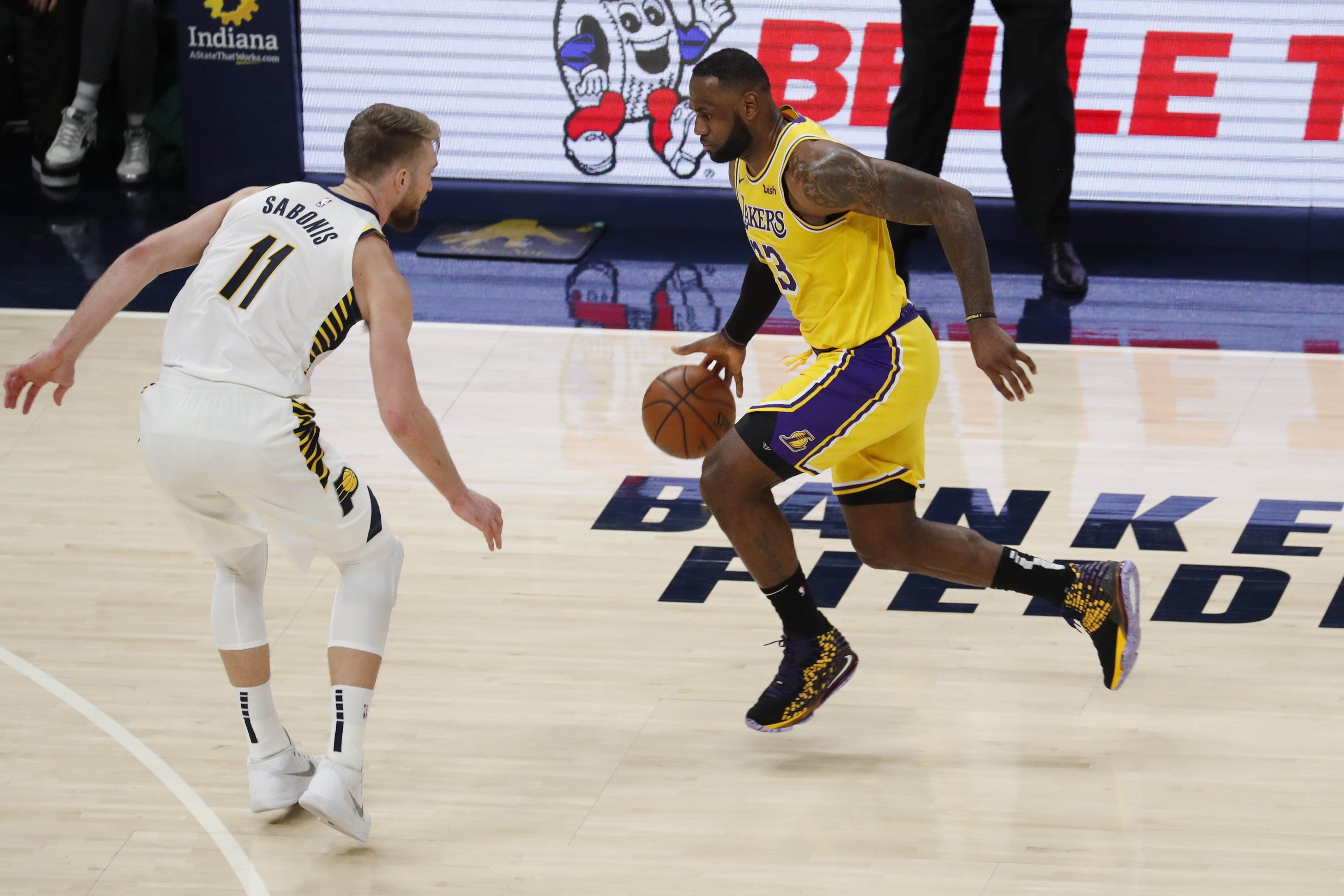 With the trade deadline looming and just a few weeks away, you can see some big-time moves coming in a stream. Well, some teams have not found their winning combinations yet and may seek a different direction, even going as far as breaking up their core. One of those teams, the Indiana Pacers, have had a tough season as they have lodged just 29 losses and just 15 wins, losing ten out of their last eleven games. This can spell the end for the current core of Brogdon, LeVert, Sabonis, and Turner, and they are one of those teams that many writers have picked as the one to be active in the trade market. On the other hand, it is not that the Los Angeles Lakers have been steamrolling teams and their 22 wins and 22 losses record is rather a shambolic one even if they are better than the Pacers. Well, for a LeBron-led team, that is surely not the expected effort. Anyway, with two teams who can make some moves soon colliding here, this may be one of the last few days when we can see some of these players together this season. Can the Pacers snap their four-game losing streak? To know my game result and total prediction, jump to “Expert Betting Tips”.

Lakers need a lift, Pacers have lost the plot

Lakers inconsistencies: Lakers have lost three of the last four games after they had won four in a row and well, this has been the theme of the season for this squad. They have lost three in a row or more thrice this season and the team hasn’t been able to go on an at least a five-six game winning streak. LeBron James has been on a tear offensively but that hasn’t been enough largely due to the team’s defensive issues. The perimeter has been wide open and many times the Lakers play substandard defense inside getting dunked on and allowing 10-0/12-2 types of runs consistently. Yes, they did hold the Jazz to below 100 in the last game but hey, Jazz were in a back-to-back night situation and such type of defensive efforts have been struggling to keep afloat. Now, with the midseason approaching, wouldn’t it be apt to somehow pull off a trade from someone like Jae’Sean Tate(A two-way wing). I do believe that Stanley Johnson can be given an extended run to inject some life into the defense. Let us see what develops from here.

Pacers have no rhythm: Indiana’s season since the beginning has been terrible and the team has barely been around 50% win record. The team has 34% wins right now, which means they are losing every second of the third game. Well, their away from home record is just embarrassing, as the team has lost 17 of their 20 road games and they have had no semblance of defense during many of these games. With Myles Turner done for long-term, the inside defense will be even more vulnerable, the rebounding will be hurt, and the team will lose further steam in terms of team balance. Sabonis is an all-around threat but his future with the squad has been clouded now and with LeVert, Holiday, and Duarte, the team does have some high-yielding scorers and great complementary players but overall, the Pacers have had no team balance, lose give away early leads and have had no rhythm at all.

Points Range: Lakers did hold Jazz under 100 in the last game but that is not the usual modus operandi for the team on the defensive end. The LA Lakers have given up 110 or more continuously this season and they have even conceded 120+ in many games. Pacers have been in a similar terrain in terms of defense and the team has given up 110 or more often as well, and with Turner gone, that end will be hurt further. Offensively, the Lakers have scored 110 or more quite often and they have been blessed with big-time production from high-octane wing LeBron James. The Pacers scored around 130 points in the last game but their usual range has been 98-108 recently. I think with Turner gone, the inside scoring of the Lakers will be bolstered and they will score around 115 or so at least. I believe the Pacers will get around 110 but not beyond 115. I think the total points range here is 230-240.

Prediction: The Lakers have the prowess of LeBron James and even though Russell Westbrook is struggling, he can still eke out high-quality rebounding while Malik Monk has been scoring 20 or more on a regular basis. For the Pacers, Duarte, Sabonis, and LeVert can scoop up around 20 or more so. Offensively, the Lakers can score in bunches, in both fastbreak and slowed down games too. I think they will beat the Pacers 119:109 here.