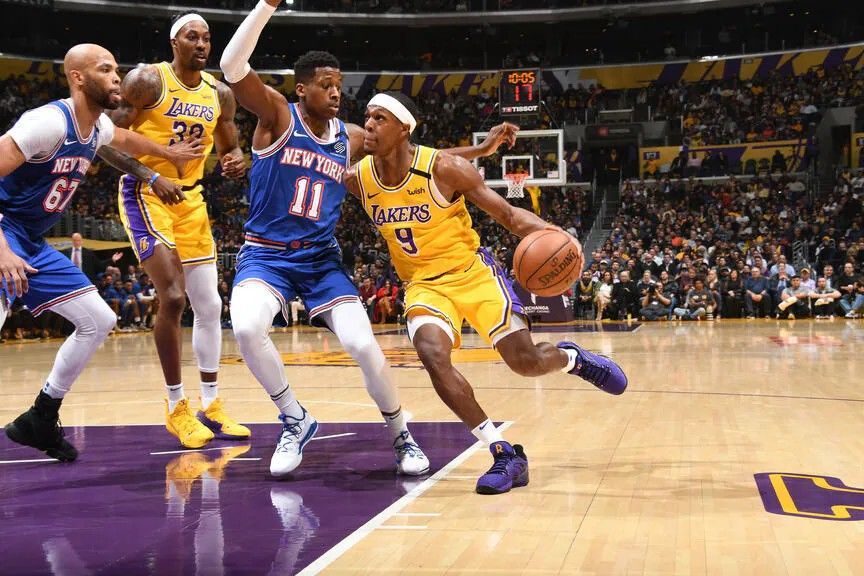 In this contest, two classic rivals in LA Lakers and New York Knicks will clash against each other. The Lakers have won half of their 18 games while the Knicks are just one game above the 50% win mark with 9 wins. Both teams have struggled recently so this is a crucial game for the squads. For a quick overview, head to the “Notes” section.

New York Knicks: Their guards are not in rhythm

Offense is suffering: The Knicks built a heavy scoring team this season but it hasn’t panned out yet. New York guards Fournier and Walker have struggled to shoot at times but the biggest letdown has been young RJ Barrett. RJ has shot around 30% for a couple of weeks and looks totally out of rhythm on offense. Even ace scorer Julius Randle suffered a tough stretch before scoring 34 points against the Bulls and that is the reason why Knicks haven’t scored more than 106 in the last five games while scoring under 100 three times.

Defense has picked up a bit: The Knicks struggled a bit at the start but have picked a little recently. It is not like the season when New York earned their pride on the defensive end and shut teams down. However, recently, the defense has been much better and has tightened it up restricting teams for 104 or less multiple times. However, against quality teams, the offense can surely take a hit, and for a team that has unable to produce consistent offense that can be fatal.

Lakers leave too many openings: Lakers have plenty of holes in the offense and in the last game, a struggling Detroit showered around 70 points in two quarters. Lakers allowed the Celtics to score 130 in the game before that and even sub-par offensive teams like Thunder have put in 115-125 points over them. This is due to the lack of pressure on the perimeter and even Anthony Davis has been unable to protect the paint. Another reason for the poor defense is that the team has experienced but old players whose legs lag behind at times. The Lakers WILL have to pick up the defense or their disappointing season will only get worse.

The offense is still better: With Anthony Davis and Russell Westbrook, the Lakers can get around 50 points every game from two positions. Davis has been exceptional in the last few games and has scored as high as 34 points. There is one more improvement on offense, Russell Westbrook is just turning over 3-4 per game recently after giving away the ball 6-7 times earlier. Anthony produces 15-20 points on a regular basis while Talen Horton-Tucker has also shown the ability to breach the 20 points mark. Lakers’ offense is alright, it is the defense that needs to show up now.

Points Range: Let us take both team’s offense into the account, Knicks are struggling a bit while the Lakers are a tad better, both teams making up for a total of 220. However, the Knicks are slightly better at defense and the Lakers are among the worst teams on that front. It can result in 220-230 points being scored by the end and this can be a high scorer.

Verdict: With both teams struggling against high-quality opponents and low-tier teams alike, it is difficult to say who has the edge. Still, with Davis and Westbrook gaining steam recently, we pick the Lakers to turn things around here.