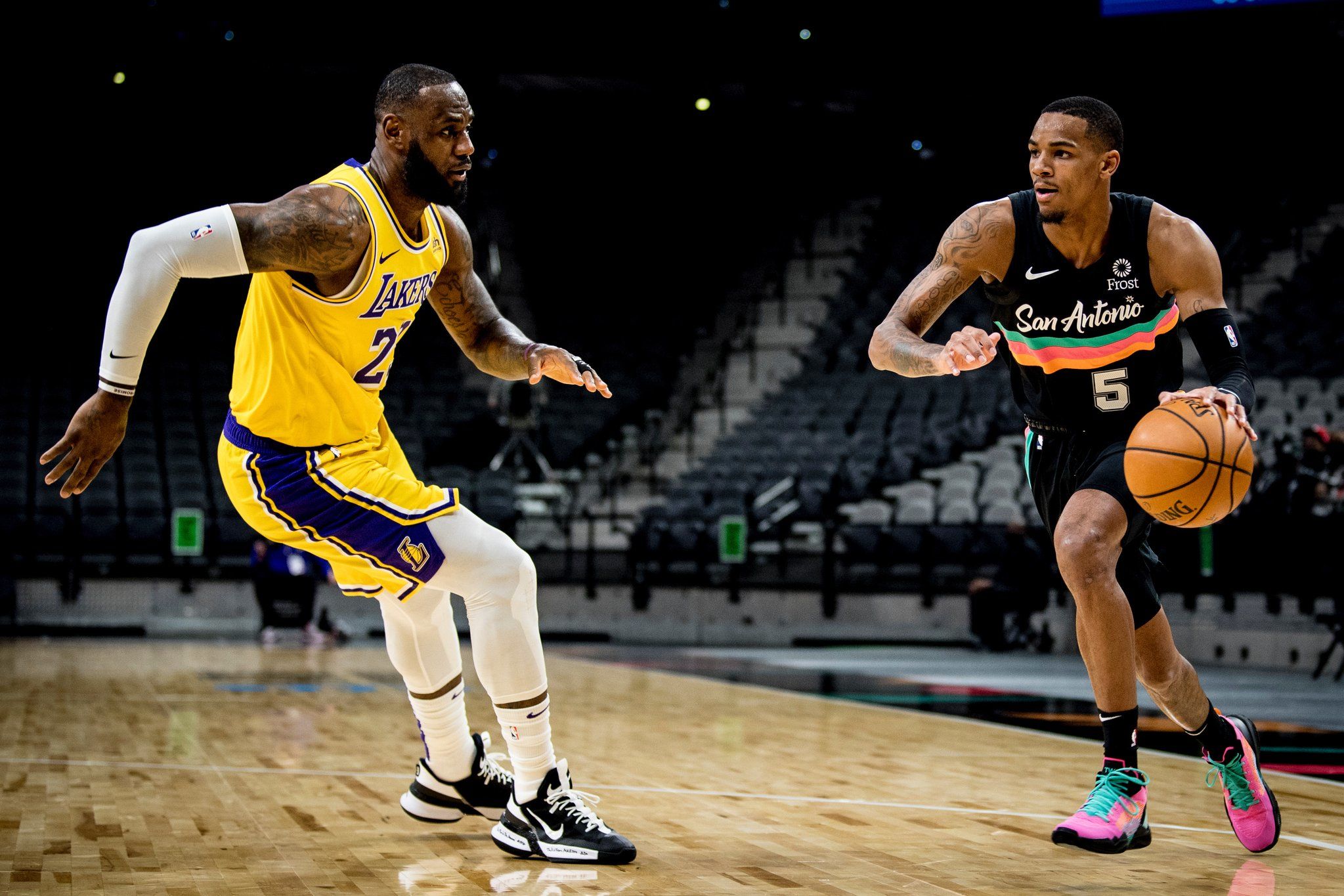 COVID-19 adds further dent to the NBA season which has now seen multiple games being postponed, which is not a promising sign early on. Anyway, till the league keeps churning games, tipsters will write, bettors will bet, and the bookmakers will continue racking their brains over the odds. Here, in this game, the Los Angeles Lakers host the San Antonio Spurs in a classic Western Conference battle. Spurs have 12 wins and 18 losses while Lakers have 16 wins and same number of losses, still San Antonio has looked like a more impressive team than the Lakers despite the record. Can the Lakers snap their three-game losing streak against the offensive juggernaut of the Spurs? For a simple overview, hop to “Notes”. To know more about the squads and what is at play, keep reading.

Lakers defense can get exposed again

Lakers lack hustle and fold under pressure: One of the major issues with the Lakers the simple lack of hustle, they are too flat-footed, young teams can catch them napping and pump some momentum early. This problem has kept the Lakers away from wins since the beginning of the season, a season that has not been for the legendary books, but rather belongs in the underwhelming stories section. Teams shoot 90+ shots against the Lakers as the team turns it over way too much while also giving away offensive rebounds in excess. Los Angeles is not the type of defensive team that can afford these two errors, unlike the Warriors. This is why the LA outfit has to hustle harder or they will not make any headways. There is a reason why even sub-par offenses can hoard 110+ against them.

Spurs depend on scoring, not defense: The Lakers offense has degraded these days and with Davis gone, now Thomas, LeBron, and Westbrook will have to pick it up. The Spurs have no such issues, they have been healthy so far(touchwood) and they have two dependable Point Guards in Derrick White and DeJounte Murray. Spurs have five guards in White, Murray, Walker IV, Vassell, and Forbes who can hit the long-range shot. Murray and White score around 15-25 points consistently, Walker IV, Vassell, and Forbes can combine for 30 or so on many nights. Jakob Poeltl, Doug McDermott, and Keldon Johnson complement each other well in the frontline, McDermott and Johnson can score from outside while Poeltl can seal the paint and also make passes from tough angles. This is the reason why the Spurs are compiling 110 or more regularly. However, their weakness has been allowing these many points during most of the nights.

Points Range: Sigh, I have discussed Lakers games way too much this season and really, this team has no rhythm. Some nights they look so prolific on offense and other nights, they are getting behind way too much and squandering advantages through one poor quarter. On the other hand, the Spurs are always in the mix to win games because of their scoring but their defense is suspect. Still, potential wise, I’d say both these teams can put up 110 or more continuously but the Lakers need Isiah Thomas and Talen Horton-Tucker to shoot better than 10% for sure unlike the last game! Even 10-15 from each and them will help the case. I think both teams have to cross at least 105 points. I feel the points range here is 216-227.

Prediction: Lakers are failing as an elite squad because they have not been able to win three in a row and consistently lost two or more in tandem. They have to play hard defense and take care of the opposition’s offense to start the quarter, their rhythm can be broken by a run, Lakers need to absorb those one or two runs and stop losing their temper or get their team chemistry broken, easier said than done. On the other hand, the Spurs have beaten elite teams like Warriors and Jazz, whereas, the Lakers are nowhere near that level. I think this will be a close one with the Spurs having a 54% chance to win. Still, I believe the Lakers will grab this one at home 116:109 unless there is a injury to LeBron.