Content
To top
1.
Lakers need a boost(sigh), Jazz has got it together
2.
Expert Betting Tips
3.
Betting Odds
Users' Choice
12 200 USD

Los Angeles Lakers vs Utah Jazz: The Lakers keep on stumbling, Jazz has figured out 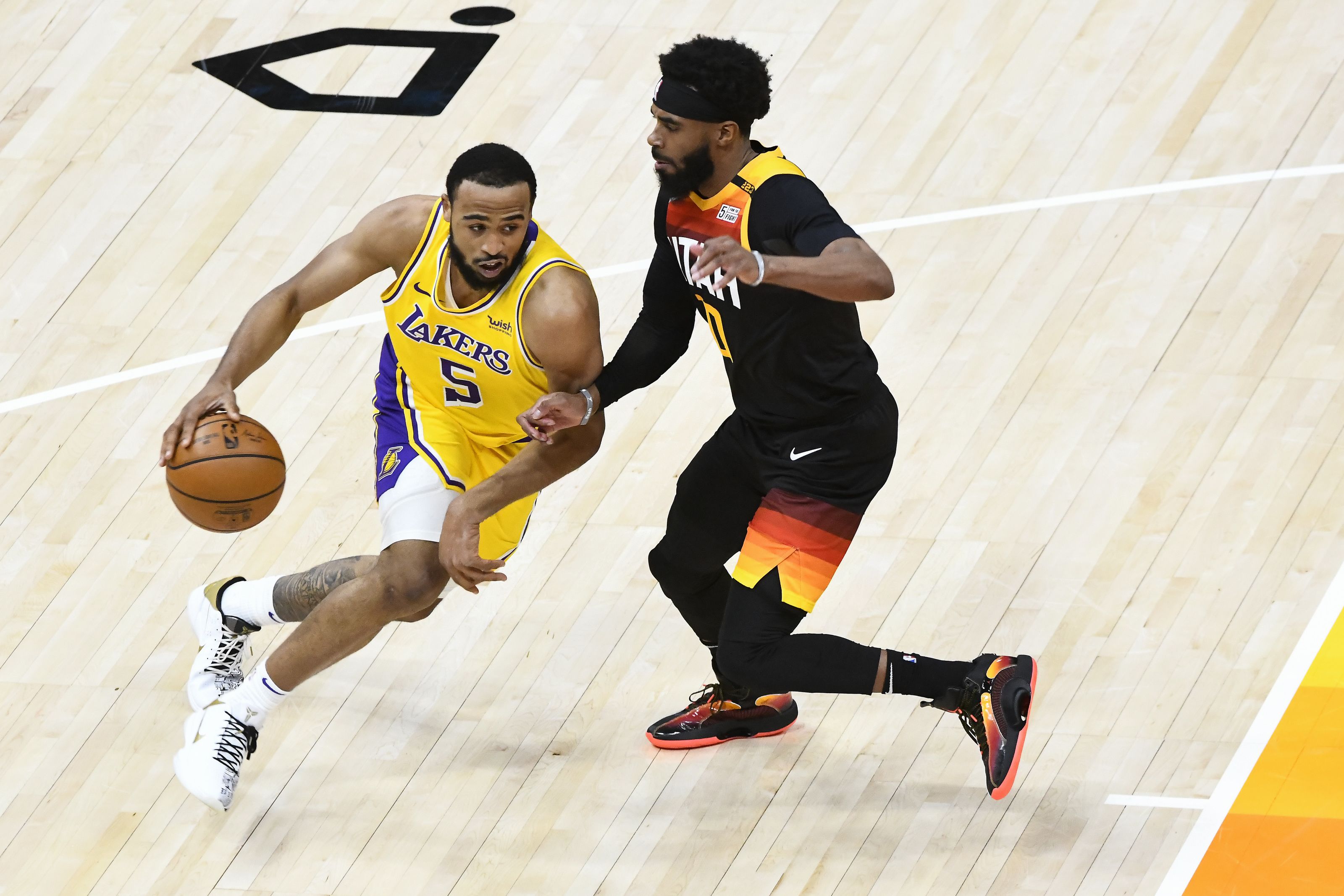 The NBA betting will only heat up further as the Playoffs will close in. It will be a crucial period after the All-Star Break as teams will be aware that the race for the last few spots only becomes more intense. There have been times that have been lingering in the ninth-tenth spot mark and those are the vulnerable ones, especially in the Western Conference as the race for the ninth-tenth spot is wide-open and there are plenty of suitors. So, yes, they will be desperate to make a push and seek wins against high-quality teams too. Now, let us jump into the game between the Los Angeles Lakers and the Utah Jazz.

The Lakers have lodged 31 losses and have 26 wins, going on a three-game losing streak, which has been a common theme this season. As well documented, the trio of LeBron, Anthony, and Westbrook hasn’t gelled well all season long. They will play their five of the next six games at home and well, this can be a relief after a tough road trip. LeBron James is questionable here while Carmelo Anthony has been out for some time and that has hurt the team balance. Can the Lakers get something going?

The Jazz has been thriving after having a difficult January and they have won six games in a row. Their overall record is 36 wins and 21 losses, which means that they have been doing a great job. The team possesses the fourth position in the West and they’d want to make a push for the third spot but the Grizzlies have built a substantial gap with them. With Rudy Gobert back in the fray and Mitchell cruising these days in multiple areas, can the Jazz take care of a derailed Lakers? To know my game total and result prediction, jump to “Expert Betting Tips”.

Lakers need a boost(sigh), Jazz has got it together

The Lakers have been finding it difficult lodge wins even with LeBron in the lineup. Their major issue has been the lack of hustle and defensive indiscipline which keeps on stalling their campaign. Westbrook hasn’t figured out his rhythm so deep into the season and this has been the biggest problem for them. While Davis has been a force on the scoring and rebounding end, even he has been unable to will the team to multiple victories. Monk is having a strong season but the team needs more and more from other players. Talen Horton-Tucker may have figured it out and it will be huge down the road.

Utah had the best record in the league last season and after a strong start with 25 wins and nine losses, they lost their way in January. However, Donovan Mitchell has revved it up in more ways other than scoring and has really hit it at another level in terms of rebounding and playmaking. The bench has been getting the job done too and the role of Hassan Whiteside in terms of hoarding rebounds and dip in dunks inside can’t be stressed enough. With the experience of Conley, Bogdanovic, Clarkson, and the returning Gobert, you can’t take the Jazz lightly once the postseason arrives.

Points Range: Despite their struggles, the Lakers have played an up-tempo style of basketball and can get a bunch of shots off from the field early in the shot-clock. LeBron James is questionable here and if Gobert returns, the Lakers will be facing trouble inside in terms of scoring, so yes, the Lakers will be needing him back. On the other hand, the loaded Jazz will have their chances against a defensively vulnerable Lakers and well, I think they will go past 115 here while the Lakers will be limited under 111. I think the total points range is 220-230.

Prediction: If Gobert plays here, the Lakers will face a Jazz team in its full flow. I believe Bojan Bogdanovic will get his open looks while Conley will leave his slump behind and come up with a strong offensive game. I believe that Westbrook will have a strong game but it won’t be enough as Davis will clock in some great production as well, but I don’t see them taking the team to the distance. Even if LeBron plays, I think the Jazz will take this 118:109.