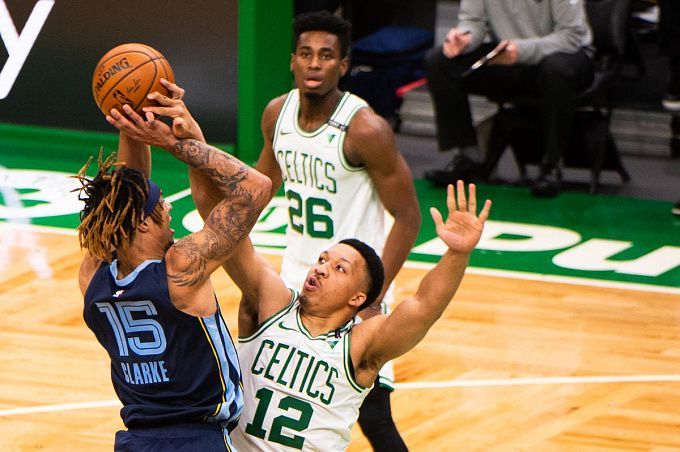 The NBA regular season is coming to an end. In one of their final league games, Memphis will take on Boston. Will the Celtics be able to handle the second team in the Western Conference? We'll pick a few bets at once.

It's far from certain that Memphis' regular-season success will carry over to the playoffs. But finishing second in the West after a smooth championship is already a great result for a young team. The 56-25 win-loss balance simply makes it impossible not to classify the team as a contender.

The matchup with Boston will be a back-to-back for Memphis. The first game, though, turned out to be very easy for the Grizzlies. Taylor Jenkins's team defeated New Orleans 141-114 at home.

The loss of starting center Robert Williams to injury hurt the Celtics real bad. The team began to miss a great deal of points without their key defensive player, and the coaching staff simply may not have time to adjust before the playoffs begin. That's too bad – Boston did a tremendous job over the course of the season, nearly becoming the top contender for the title. For example, Boston went 24-6 over the last 30 games, the best record in the league.

Boston fell short on the road against Milwaukee in their last game, further evidence of the Celtics' big problems. 121-127 – with Robert Williams absent, no one was available to shut down Giannis Antetokounmpo in the paint.

Boston won the first game of the season series against Memphis at home, 120-107.

Memphis lost to Boston in the first game of the season series, so they will be very motivated in the upcoming game. It is unlikely that the Grizzlies plan to lose both face-offs to the Celtics. Taylor Jenkins' team will surely take advantage of Boston's defensive problems and out-shoot their opponent.

Prediction: a win for Memphis in a productive matchup.