Memphis Grizzlies vs Los Angeles Lakers: Is it time to ride in the Lakers train? 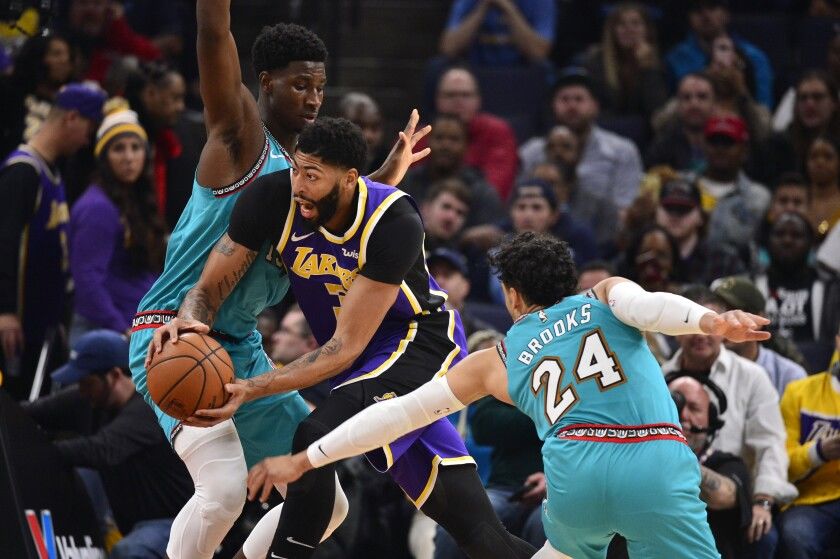 How do you bet? Analysis? Gut? Or a mixture of both? Well, I believe in both but mostly, I look beyond the odds and envision how the game will be played out. I focus heavily upon the playing styles and match-ups. Still, in the end, the fate of these bets is with how the two teams will play it out. In this game, a feisty Memphis Grizzlies team host the Los Angeles Lakers in an inter-conference battle. Memphis has won 14 games out of 25 while Lakers have won 13 out of the same number. Can Lakers trigger a special run from here? For a simple overview, go through “Notes”. For a discussion on “Total” and “Prediction”, head over to the “Expert Betting Tips” section.

Lakers offense: Lakers play a high-quality offense and it is clear when you have three 20-30 points a night scorers like LeBron, Westbrook, and Davis, you can bring in huge scoring nights. When you surround these scorers with shooters like Malik Monk and Carmelo Anthony, high percentage shots are in abundance too. This is why this outfit has had no trouble putting up 110-120 points in most of its games. If Talen Horton-Tucker also switches it on then the Lakers can pitch forth even a more formidable offensive squad.

Grizzlies offense: Memphis was the among the highest scoring teams before the injury to Morant. Recently, the outfit has scored mostly in the 96-105 points range. With Ja, the squad has lost around 25 points a game and that is always tough to replace. Still, the Grizzlies have not been blown away and have actually played a better brand of basketball recently with an improved defense. There is also one other interesting observation, Jaren Jackson Jr has raised his points range from 13-16 to 20-27 points, which has helped the cause. Dillon Brooks and Desmond Bane can also chip in around 20 or so but apart from these three and DeAnthony Melton, the offense is in short supply.

Shootout or gruelling battle: While the Lakers have continuously given away 110-120 points, wasting away the advantage earned by their cinematic offense, I think they are not far away from sorting out their defensive issues. They’d need LeBron and Davis to be fit for most of the games. Considering how the defense hasn’t been Lakers strong, the team tends to get into shootouts, which may not be such a bad ploy against a depleted Grizzlies team. I think Grizzlies would be more comfortable with a game lasting in the 100-108 points range while Lakers would prefer it to be a high scorer(What I feel of course).

Match-ups: If LeBron and Davis play then Jaren Jackson and Steven Adams both will have their hands full at the defensive end. Russell Westbrook and Desmond Bane can battle it out at the guard spot but I think Russell has a slight edge, not an overwhelming one here. Dillon Brooks will test the Lakers’ perimeter defense but if the Lakers hold down Bane and Brooks around 10-15 then I think they can bag the game. In terms of bench play, with Anthony and Monk in the mix, the Lakers have an advantage against a thinned-down Grizzlies bench.

Points Range: Aha! Our favourite discussion is the “total” or perhaps the most frustrating one since the NBA produces different types of scores. Let us see, Memphis lacks the tool but the Lakers defense has been porous against so-so offensive teams too. I think the Lakers will play a great brand of defense in this game and this game can turn around their season. I think while the Lakers will chip in 105-114 points here, the Grizzlies will end up with 97-104 points here.