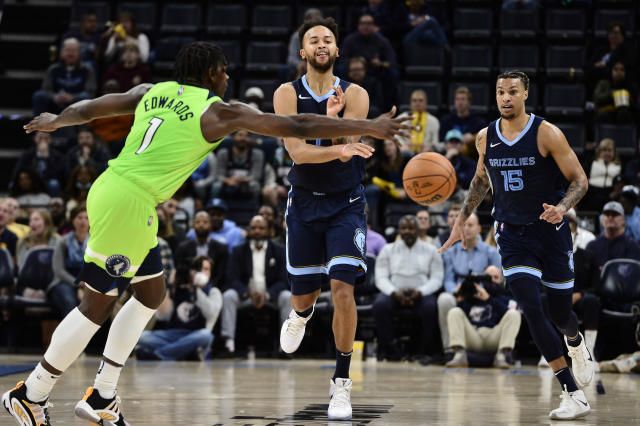 The NBA midseason is here, we are at the halfway point basically and some teams have indicated that they are on the rise, some have fallen off the radar while others have hovered in the middle. One of the squads here in Memphis Grizzlies are the hottest team in the league, winning ten in a row and this highly young squad has dusted off offseason analysis and has shown that they are not waiting for the future, they want to win now! On the other hand, the Timberwolves, another young team has been a work-in-progress, unlike Memphis, Minnesota has struggled to patch-up wins against elite teams but yes, they are way better than last season. The Grizzlies have shown that they don’t care about who is playing them, they are in there to strike you out, meanwhile, the Timberwolves have often failed to gain rhythm against teams of Memphis’ quality. Here they meet, Grizzlies with 29 wins and 14 losses, while Timberwolves have 20 wins and 21 losses. Can Minnesota beat the odds away from home? For my game and total prediction, jump to “Expert Betting Tips”.

What makes Grizzlies formidable is who they have beaten during the ten-game winning streak. They have taken care of business against Warriors, Cavaliers, Nets, and Suns, four of the teams with a terrific record and except Cleveland, the other three have been table toppers of their respective Conferences at one point or the other. The Grizzlies are young, Bane is a second season player, Morant is a third season player, Jackson is a fourth season player, and these three have been the core along with Dillon Brooks, who is out for a long time is in his fifth season. Memphis has played a better brand of basketball than squads with highly talented players who have played for four-five years together but are yet to figure it out.

Bane is someone who played four years in college and was drafted 30th, and he has made a huge statement, and can end up being one of the best low-picked players in the draft indeed. Overall, the Grizzlies can find 20+ nights consistently from Morant, Bane, and Jackson Jr. while Brandon Clarke has been in superb form since late December and has been a true difference-maker off the bench and as important as anoy other player in this setup. Even rookie Ziarie Williams has shown his shooting prowess while veteran Tyus Jones and Kyle Anderson give this team a lot of maturity and can adopt multiple roles.

Timberwolves need to win against teams with +50% win record

While Minnesota has not played like a rebuilding squad and has developed a terrific offensive system, the team’s defense has regressed each month. That mistake can be fatal against teams with winning records. Timberwolves have lost more than 80% of their games against teams with winning records, and it means that the team is likely to lose 8/9 out of ten games against a squad that is of Grizzlies’ quality or even someone who is ranked 5th/6th in the table of either conferences. Usually, the team’s defense disappears, espescially late in the game against stellar teams and there is a lack of clarity on the defensive end even against below-par squads.

Anyway, overall, Minnesota’s offense has picked up again this season. With Towns and Edwards, there are two versatile scorers, with Towns using his size and quick feet, while Edwards improving his shooting and being an amazing finisher at the rim. Meanwhile, D’Angelo Russell’s long-range shooting and playmaking has given this team a consistent. Jarred Vanderbilt has been vital in terms of taking rebounds and gives the team a ton of second-chance opportunities. Meanwhile, off the bench, Malik Beasley leads the offensive charge while Jaylen Nowell has improved over the season. With Patrick Beverley as a veteran two-way player, Minnesota has a better squad compared to last season.

Points Range: These two teams have been dipping in points at a high clip these days. The Grizzlies dropped 116 against the elite defensive unit of Warriors(minus Draymond Green though), while the team has scored 110 or more in nine of the last ten games, even crossing the 120 points mark in two of the last three games. On the other hand, the Timberwolves have scored even more, they have crossed the 120 points mark four out of the last five games, but yes except Thunder, rest of their opponents have been below-par defensively. However, Minnesota is likely to get 110 these days and their confidence must be boosted after making so many buckets recently. Defensively, the Timberwolves have conceded 110 or more against elite offensive squads and Memphis can go past that mark here too. Memphis has usually limited teams to 104-108 points in most of the games. This has the potential to be a high-scorer and for me, a 220-230 points range looks possible.

Prediction: Well, for a team that has beaten Warriors and Suns, the two teams with best records recently, it is clear that any team they face these days will be shaking in their boots. Memphis is an athletic squad with shooting skills and with Jaren Jackson, they have gotten some quality defense too while Ja Morant and Desmond Bane can hold their own at the perimeter. Thus, the match-up between Karl Anthony-Towns and Jaren Jackson Jr. looks exciting while Edwards and Russell can give the Grizzlies’ defense fits. However, the Grizzlies look deeper and more consistent than the Timberwolves on multiple positions. I think Memphis will blowout the Timberwolves 120:107. (Note, when I take my picks betting-wise below, I take a safe margin).