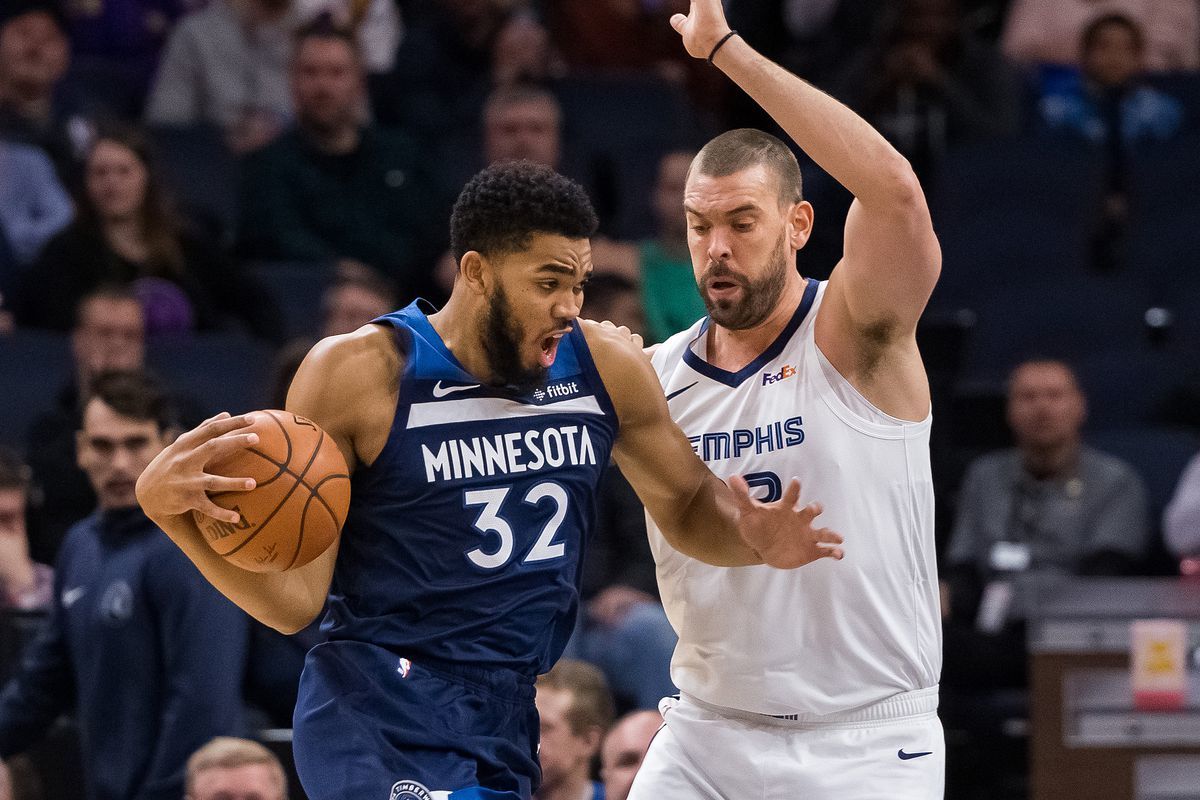 In this game, two Western Conference teams in Minnesota TImberwolves and Memphis Grizzlies will clash against one another. Minnesota is three games under 50% win mark while Memphis is barely holding on to a winning record. For a simple overview, head over to the “Notes” section.

3-point defense has been stellar: Timberwolves hold opponents around 30.5% from three-point line and that is so far the best defensive effort at the perimeter. The acquisition of Patrick Beverley has worked wonders in this regard and he along with the young legs of Anthony Edwards and De’Angelo Russell has managed to stifle opposing guards. Apart from that, the team holds opponents to around 106 points per game and the inside defense can be a bit vulnerable since Karl Anthony-Towns is not an elite paint defender. Still, Minnesota’s long-range defensive job has kept them in games all season long.

Scoring punch of Edwards-Towns: Karl Anthony-Towns and Anthony Edwards combine for around 50 points each game and make up for a sturdy scoring duo. Lefty guard D’Angelo Russell can chip in with 15-20 points regularly while the rest of the offense hasn’t been as consistent. Timberwolves score around 104 points on average on a 42% shooting and that is one area that needs some work considering the lack of bench depth. If the team can shore its offense, perhaps it can acquire a winning record? Timberwolves fans have been frustrated for too long now.

Memphis Grizzlies: Not clinical as they can be

Morant is the glue: Ja Morant puts up around 26 points on average every night and can take over games with his versatile scoring set. Apart from Morant, Desmond Bane and Jaren Jackson combine for around 28 points on average while Dillon Brooks poured in some 20 points games after his comeback, however, he is still grappling with a serious injury and can miss more games. Overall, Ja Morant is the glue guy and his 7+ assists per game indicate that he has been oiling this team well on the offensive side. Memphis still seems to be figuring out bench combinations with Kyl Anderson and DeAnthony Melton playing inconsistent minutes.

The defense is a huge issue at times: Memphis has been a rather porous squad against elite teams, giving away 115-125 points constantly. The team has done much better against squads that are under the 50% win mark but even a lowly Pelicans offense scrapped 112 against them recently. Memphis will not win many games considering if the team plays this kind of defense. Overall, the team has leaked around 113 points per game and opponents have shot 47% or so against them on average, they are bottom three in regards to both points allowed and the opponent’s field goal percentage.

Timberwolves have played well lately but they are vulnerable on both nights. If this is a shootout or a high-scoring type of game then Memphis may stand a better chance although the team will miss Brooks in that case. Bookmarks give Timberwolves better odds but we pick Memphis to take one on the road.