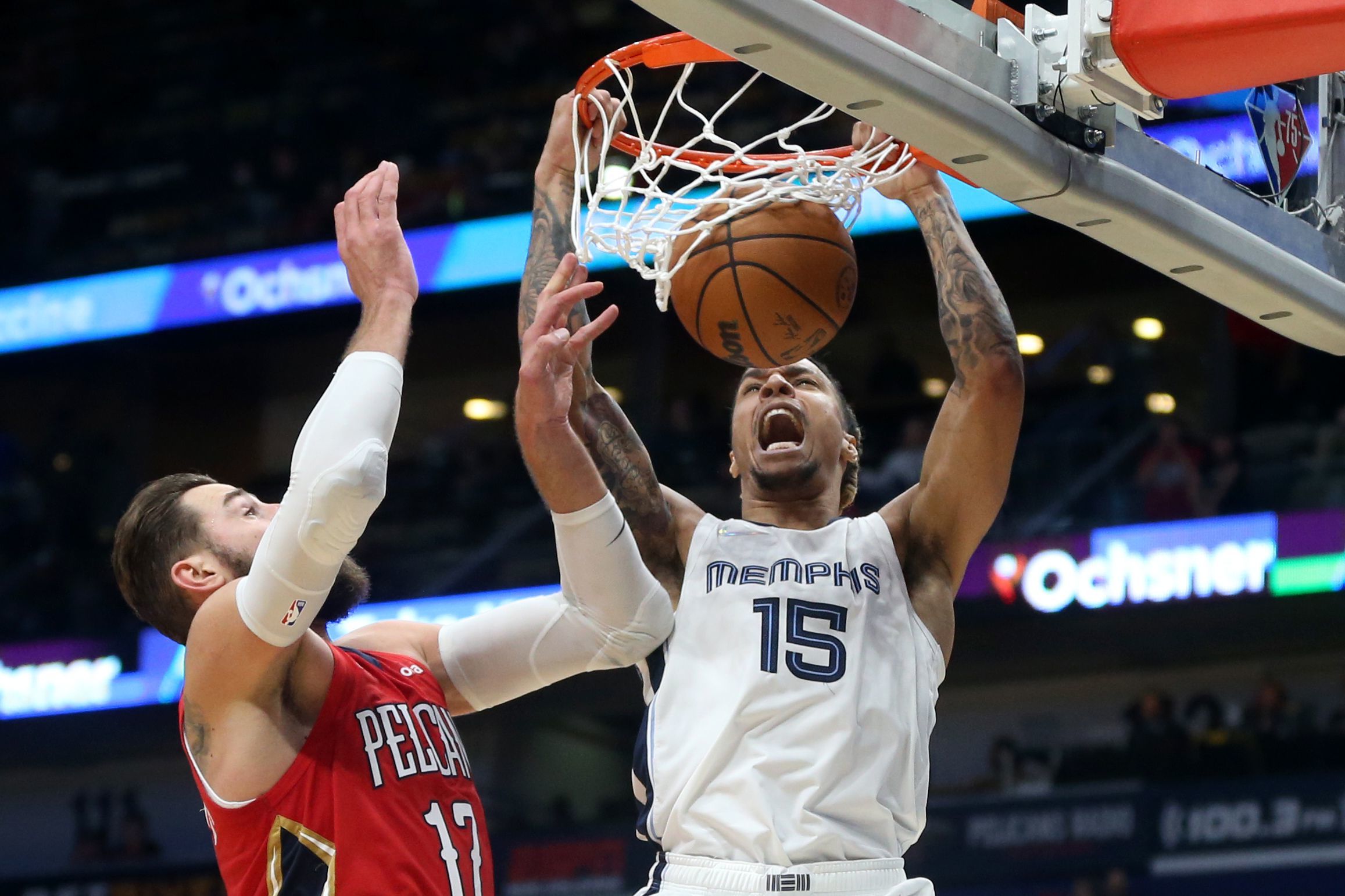 NBA Regular Season is heading towards its closing window and from this point on, the need to make a winning run becomes a desperate measure, especially for the teams that are hovering around the Play-in tournament standings. The NBA betting will only become more taxing with each game because there is a desperation among teams to make a mark before the time runs out. This is why each game becomes a must-win and there is a need to be on a winning run also because you want to enter the Playoffs with high confidence. And one of the teams that are in the Play-in contention in the form of the New Orleans Pelicans will take on the Memphis Grizzlies.

The Pelicans have composed 27 wins and 37 losses, currently in tenth place in the Western Conference. They have won four out of the five games and lost the last game against the Nuggets in the Overtime. The Pelicans are looking more formidable compared to earlier periods and there is no doubt that they hit the most crucial part of their season as the Play-in tournament nears. On the other hand, the Grizzlies need not worry about making the Playoffs, they are tied for the second-best record in the league alongside East’s table-topper Miami Heat. With the ways things are shaping, the Grizzlies are ensuring that they will seal the place till at least the Western Semi-Finals. The team is young and sprightly and the foundation for long-term success has surely been laid. Will they see an upset from the much-improved Pelicans? To know my game total and result prediction, go to “Expert Betting Tips”. To know my player-based props, slide to “Player Performance Prediction”.

Urgency for the Pelicans, rising stock of the Grizzlies

Grizzlies can be even better in future

The Grizzlies have been by far the most successful young team this season and if someone told me that this team will head towards a 50+ win season, I will not have believed it. That is because most of the players have less than 5 years of experience in the league and they have built such a brilliant foundation that with some players not even hitting the prime yet, it means there is much more this squad can accomplish. But this is the NBA we are talking about, some teams are just one-hit wonders and then fall off but the Grizzlies look different because apart from their leading scorer and playmaker Ja Morant, the team has an incredible young guard in Desmond Bane, a highly effective defender and two-way PF in Jaren Jackson Jr., DeAnthony Melton is also young and has showcased all-around talent, while Ziairie Williams has had an incredible rookie season as the starting off-guard. The team will also welcome back two-way wing Dillon Brooks soon, and the Grizzlies are looking primed to make a deep postseason run.

The Pelicans had some trouble adjusting to the inclusion of CJ McCollum but now the team has figured out a better offensive balance while also hitting strides on the defensive end. The remaining schedule is not that easy and there is a huge need for the team to win against elite teams like Grizzlies if they have to make a hard push. The Pelicans have a lot of talent at hand and an incredible main five. CJ McCollum has done a great job as both an isolation scorer and playmaker, Brandon Ingram has been on fire as an all-around wing, Herbert Jones has been the defensive shield while Valanciunas provides high-quality scoring and rebounding. This is the time that Devonte Graham picks up his game as a shooter and his production is needed to bolster the bench, which is a weakness of this team. However, the Pelicans are looking much more formidable since the inclusion of CJ. Can they start winnings against elite teams to further their Play-in agenda?

Considering these players are available, these are my player-based props predictions:

Points Range: The Grizzlies have been a better team on both ends than the Pelicans throughout the season. The Pelicans have certainly improved on the offensive end and after struggling to get past 110 earlier in the season, they have been notching 115 or more on a regular basis. Defensively, the Grizzlies have been rattling opponents at their home floor, and usually hold teams to 109 or below when they are at the home floor so Pelicans will have to come up with a strong effort. I believe they will score at least 109 points here and the Grizzlies also scoring more than that. I believe the total points range here is 220-230.

Prediction: The Pelicans struggled to fend off the Grizzlies' offense during the last contest in Memphis so they will need to pull off something special here. I believe the Pelicans have hit the window where they will be looking better than before so I see them turning on the winning knob more than ever here. I see Ingram, McCollum, and Valanciunas, all coming up with an incredible effort while Morant, Bane, and Jackson match it up too. I believe this will be an intense game where the Pelicans will pull off a 119:114 upset.