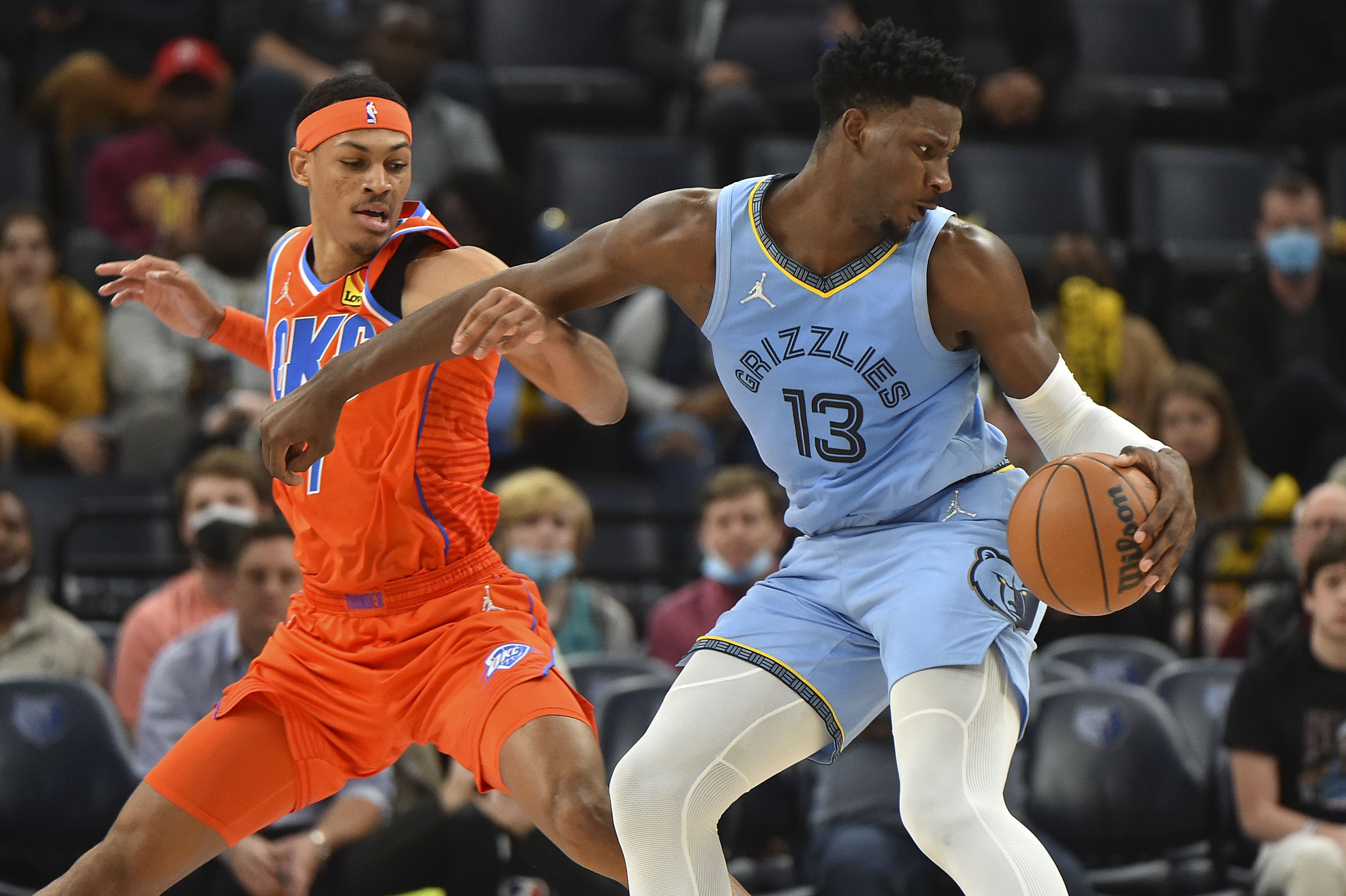 COVID-19 has knifed through the harmony of the world and the NBA world has been now hit with its flurry. The pandemic has now caused multiple postponed games and this makes writing about the games a tricky affair, not knowing if the game will even happen. Still, the writers will keep writing, the readers will keep reading, bookmakers will keep releasing odds, and bettors will bet. Anyway, in this game, the Memphis Grizzlies wil host the Oklahoma City Thunder. Grizzlies have won five out of the last seven games while although Thunder are way below the 50% win mark, they come into this game after a buzzer beating win against the Los Angeles Clippers. Still, you would think the Grizzlies have the edge here, can Thunder force a close game or will the Grizzlies run away with it? To get a quick look, hop over to “Notes” and to know about “total and game result prediction”, jump to “Expert Betting Tips”.

Grizzlies without Morant: Memphis Grizzlies have won ten games and lost three games without Ja Morant in the fray, which is a pleasant surprise for them as they are missing their leading scorer and playmaker. One of the biggest turnaround has been the team’s defense which has improved significantly. They were allowing 115+ points or so on a regular basis but now they have not even allowed more than 106 in the last ten games or so, this is indeed a remarkable turnaround! On offense, the team has scored in the 90s, 100s, 110s, and 120s, depending upon the pace of the game and the foundation, which means a Grizzlies team which was only comfortable with shootouts, have now adopted to all manners of games. These are welcoming signs for the team and you have to give credit to the coaching staff as well as the players.

Thunder is young but has potential: Let me be clear, the Thunder are usually not favourites to win a game especially against the high-quality teams. The team was defending well early in the season but has been inconsistent recently. The Thunder has scored in the 89-105 points range during most games this season. There is one common theme in most of the games, if Shai Gilgeous-Alexander scores 25 or more, the team can get past 100 but if he has a cold night, the rest of the unit lacks the offensive ammo to pick up the slack. Apart from Shai, Luguentz Dort has been a consistent scorer and has averaged more than 17 but still, the team largely depends upon Shai. The Thunder’s defense has allowed elite offenses to go past 110 or so time and time again but it isn’t downright horrible like the Hornets’, Kings, etc.

Points Range: Grizzlies have been in wonderful form these days, they have become slick at coming back from long deficits and that is one of their best attributes. They can score 110+ or so on a regular basis and can restrict teams under 110 too, which makes them a great offensive and defensive team. On the other hand, the Thunder struggles to get around 110 more often compared to Memphis. Can this be one of those grind-out games? I doubt it will be too low-scoring. I think the Points Range here is 199-210.

Prediction: Grizzlies can’t take the Thunder team lightly, but yes they are a more well-rounded unit with more scorers, better defenders, and overall, an efficient unit especially these days. Thunder have not been consistent this season but perhaps playing a couple of close games can infuse more confidence in this team. I think the Grizzlies can snag this one 109:97.