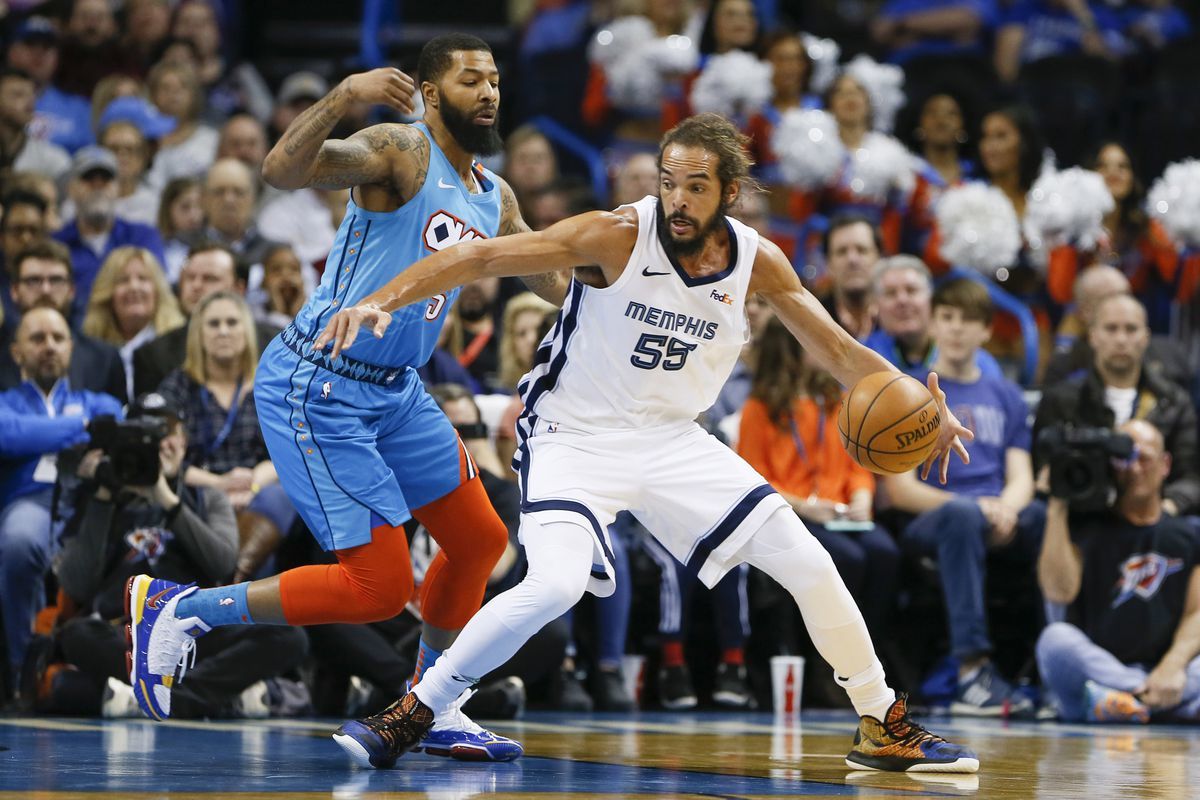 Here, two Western Conferences teams in Memphis Grizzlies and Oklahoma City Thunder are going to fight it out. Memphis is one game above the 50% win mark while Thunder is nine games under the 50% win mark. Memphis is playing without Ja Morant but has won two without him. Can Oklahoma change that? For a simple overview, head over to the “Notes” section.

Grizzlies have an edge

Memphis is a better offensive outfit than Thunder. Thunder has averaged 99 points per game on just 41% field goal shooting. The team’s 30.3% from three-point-line is the second-worst in the league and so there are not many if any perimeter shooters available for the Thunder. The team has usually hovered between 90-105 points range but you can argue that 95-100 range is what is usually expected from them.

Memphis is averaging 110 points a game. Of course, losing Ja Morant who averaged 25 points a game hurts. However, the team has offensive depth. Jaren Jackson can pick up 15-25 points(more on the 15 points side), Bane can score 15-20 while Dillon Brooks can shoot it for 20 points or so consistently. Melton can generate 10-15 points regularly and I believe Memphis can still turn it on for 108 or more even without Morant.

Thunder has an edge

Oklahoma has been a better team on defense during the season than the Grizzlies. Oklahoma is conceding around 106 points or so and the team could have been in a better position if the offense could have been productive. Oklahoma has not been as leaky as Memphis at the worst, the squad has allowed 110-114 points. Thunder has kept opponents close to 100-105 many times. The team has lost seven games in a row not because of the defense but because of offense.

Grizzlies and defense have been not synonymous on average. The team has given away 114 points per game and allowed opponents to shoot 38.9% from three. Memphis has held two teams to 101 and 91 in the last two games in the form of Kings and Raptors who are inconsistent. Before that, Memphis was getting torched in the 118-138 points range again and again. However, the squad can close the lid against a struggling team in Thunder.

Points Range: See, if you take into account thunder’s offense, you don’t usually expect 105-115 points from them, while I believe the Grizzlies can still touch that mark. Thunder’s defense can be pesky but has it run its course now? I think the points range here is something like 200-210. What is your guess?

Prediction: Grizzlies can win this one against a struggling squad. However, something inside says that Thunder can eke one out here and that playing without Morant will start hurting Grizzlies at one point. A scoreline of 108:100 is expected.