Memphis Grizzlies vs Phoenix Suns: A bit of a damper as the Grizzlies likely to rest their key players 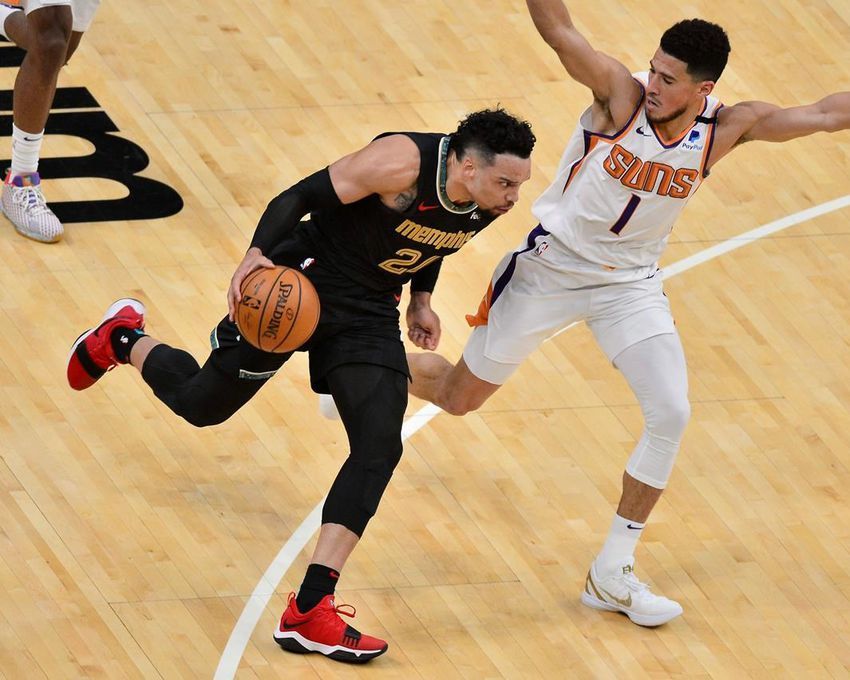 The NBA Regular Season is going to fold soon and this has to be the most exciting window as here we see the biggest ups and downs in the rankings and they will be finalized in just ten days. The Western Conference has been seeing a close battle for the ninth and tenth spots, that gets you a ticket to the Play-in tournament. The Spurs, Pelicans, and the Lakers are not far away in terms of records and the Pelicans will likely be heading to ninth place. However, the Phoenix Suns and the Memphis Grizzlies have built a big-time distance from the two teams as the Suns are in the first place while the Grizzlies are in the second place.

Grizzlies may end up resting their major players

The Grizzlies have been playing an amazing brand of basketball since December and as a result, they have shot up to the second spot in the Western Conference. They have built a winning culture around a deep team. They are on a six-game winning streak, notching ten out of the last eleven games. However, the winning stream can be broken here considering the Grizzlies are highly likely to rest Tyus Jones, Steven Adams, Jaren Jackson, and Desmond Bane, which is going to hurt their team balance. But their bench is deep with Brandon Clarke, DeAnthony Melton, Kyle Anderson, Ziarie Williams, and John Konchar all capable two-way players in the fray. However, they will be going up against the Phoenix Suns.

The Suns have been just flat out dominating

The Suns have been the barometer through which we measure the success in this league during the season. They have been winning at home, away from home, against elite teams, sub-par teams, and mid-tier teams. They don’t care who they are playing, they don’t care if it is a grind-out low-scorer or a high-scoring shootout or somewhere between that. The ability of the Suns team to read the opposition’s game plan has been unmatched throughout the season. They have been able to claim wins ever after missing their major key players, which implies that their team depth is incredible. The team managed to win 80% of their games when Chris Paul was missing and they have extracted a lot of production out of their developing players.

Points Range: The Grizzlies can be extremely short-handed there and although it is true that they are a deep team the presence of at least Jaren Jackson, Steven Adams, and Desomd Bane has been essential considering how brilliant the team chemistry is between the three players. On the other hand, the Suns have been one of the deepest teams on both ends of the floor and even if someone like Booker is having an off-night, the slack is picked up by Ayton, Bridges, or Paul. Considering the lack of firepower in case Jackson, Adams, and Bane sit out the game, the Suns will have the advantage on both ends of the floor. I see the Suns dominating on both ends and the total points range from 220 to 230.

Prediction: Deandre Ayton will be a difficult match-up if Jaren Jackson and Steven Adams are out of this game. On the other hand, the Grizzlies can suffer a bit without their premier shotcreators and if the Suns decide to field their full-blown team, the Grizzlies will be up for an uphill battle. I see a balanced scoring from the Suns in this game and the squad clinching a 118:107 win.