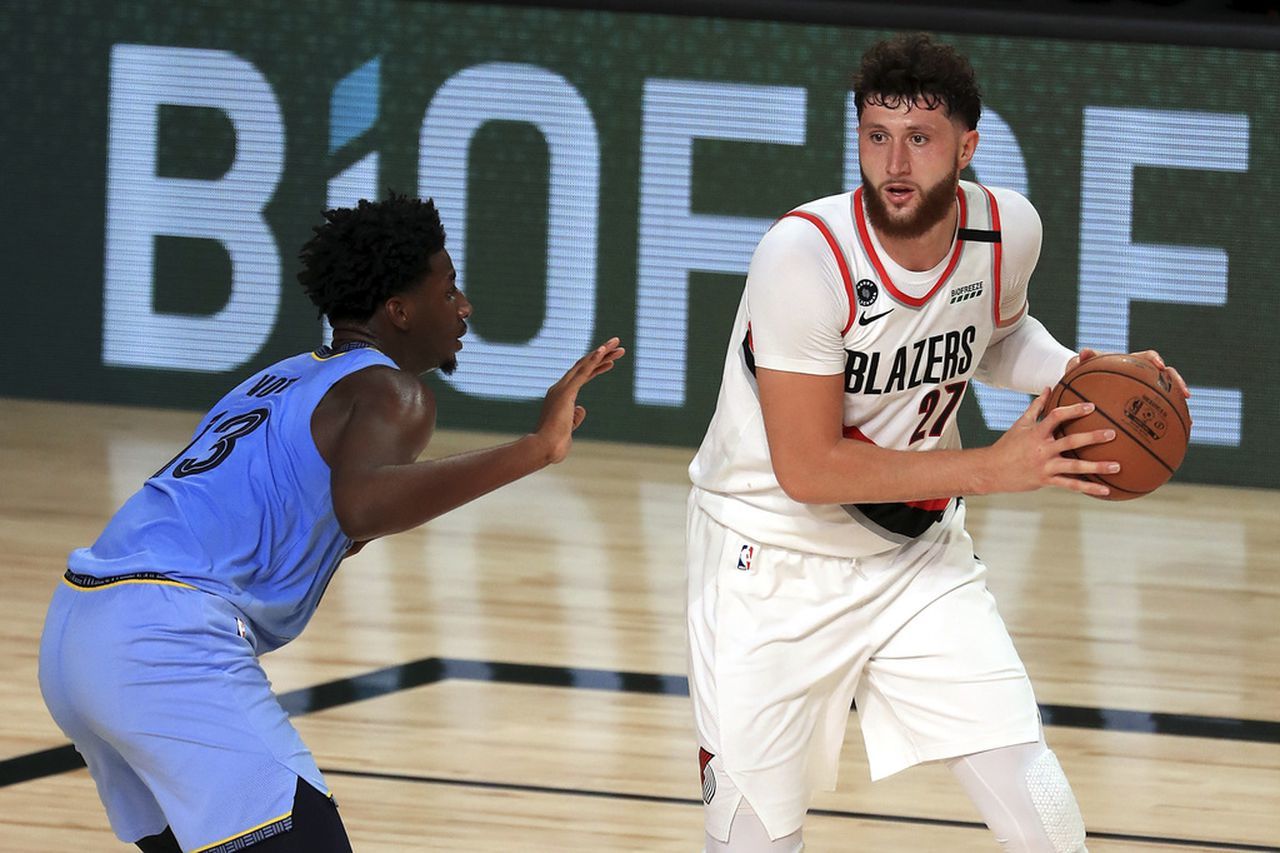 Combinations, fits, experience, core, and a lot of dynamics are involved in building up an NBA roster. You have to find what players form a strong core and are able to gel in both the short-term and long-term processes. The current trade window displayed how moving around certain players can help transform the windows of a team, but don’t be deceived, sometimes it can be short-lived too as the oppositions pick on the shortcomings. This is what the league is all about, after all, picking up the shortcomings, exploiting match-ups, and throwing a bunch of strategies, is why a coach’s role is vital in the NBA scheme. Considering that, let us dive into the match-up between the Memphis Grizzlies and the Portland Trail Blazers.

The Grizzlies are the team with the third-best record in the league and only among three teams that have won more than 40 games all season long. By now, we have become used to this team going on winning streaks and currently, they are on a huge six-game winning run, continuing to consolidate the Home-Court Advantage at least till the First Round of the Playoffs. They have already won more games than they did during the 72-game 2020-21 season and one thing is for sure, they can be a handful when it comes to the Playoffs.

On the other hand, the Trail Blazers have continued to struggle this season and they have managed to lose 34 and win just 24 games. Of course, not having your premier Point Guard(Damian Lillard) is going to hurt you more often than not but surprisingly, the team is on a three-game winning streak after trading away two of the major offensive options in Norman Powell and CJ McCollum. The newly included Josh Hart has made a lot of noise, Justise Winslow has been playing solid on both ends while Anfernee Simons has thrived in the leading guard role. Courtesy of that, the team has managed to hold onto a Play-in tournament spot. Can they take care of business against the menacing Grizzlies here? To know my game total and result prediction, go to “Expert Betting Tips”. For my player-based statistics prediction, slide to “Player Performance Prediction”.

The brilliant depth of the Grizzlies

Grizzlies won their last game with their leading scorer and assists maker in Ja Morant out, but well, that is barely a surprise. In December when Morant went down long-term, they managed to stack up 80-90% wins and this is where they turned around the season. The team has also been missing their two-wing Dillon Brooks but that has barely hurt the Grizzlies juggernaut that keeps on rolling over opponents. These are the pointers that make them formidable:

After being way under the 50% win mark for the most parts, the recent Trail Blazers three-game winning streak is surely going to inspire the team. A 122:107 win versus the Bucks away from home has been surely among one of the best wins all season for this team as they keep on improving. The Trail Blazers have a hectic schedule ahead so they will have to play out of their skins. After facing the third-best team in Grizzlies, they will have to up against Warriors(Second-best record), Nuggets(+50% win team), Suns(Best Record), Timberwolves(twice against the +50% win team), and the Jazz after the All-Star Break, this window can certainly break their rhythm. Still, these are some of the factors, that have helped them out recently:

Assuming these players are available, these are my player-based stats prediction:

Points Range: Grizzlies have not scored below 120 for six games straight and you’d fancy them to go past the mark quite a bit for the remainder of the season. Even without Morant, they managed to slip in 121 which is a testament to their depth. On the other hand, the Trail Blazers have usually been in the 107-113 points range and the Grizzlies do limit opponents under 110 quite a bit. However, they will be playing a second game on the second night so will we see some tired legs? Still, I see the Grizzlies scoring 110 or more here while Portland also getting close to that mark. I think the total points range here is 220-230.

Prediction: I believe that the Trail Blazers will come determined into this game as they are on a three-game winning streak. I think Jusuf Nurkic will have a strong game here while Hart will showcase his premium skills too. However, despite playing a second game on the second night, I see Grizzlies pulling through in a close battle(Those close battle predictions have fallen rather short for me lately). Still, I think the Grizzlies will have to play to the brink for a 116:112 win.