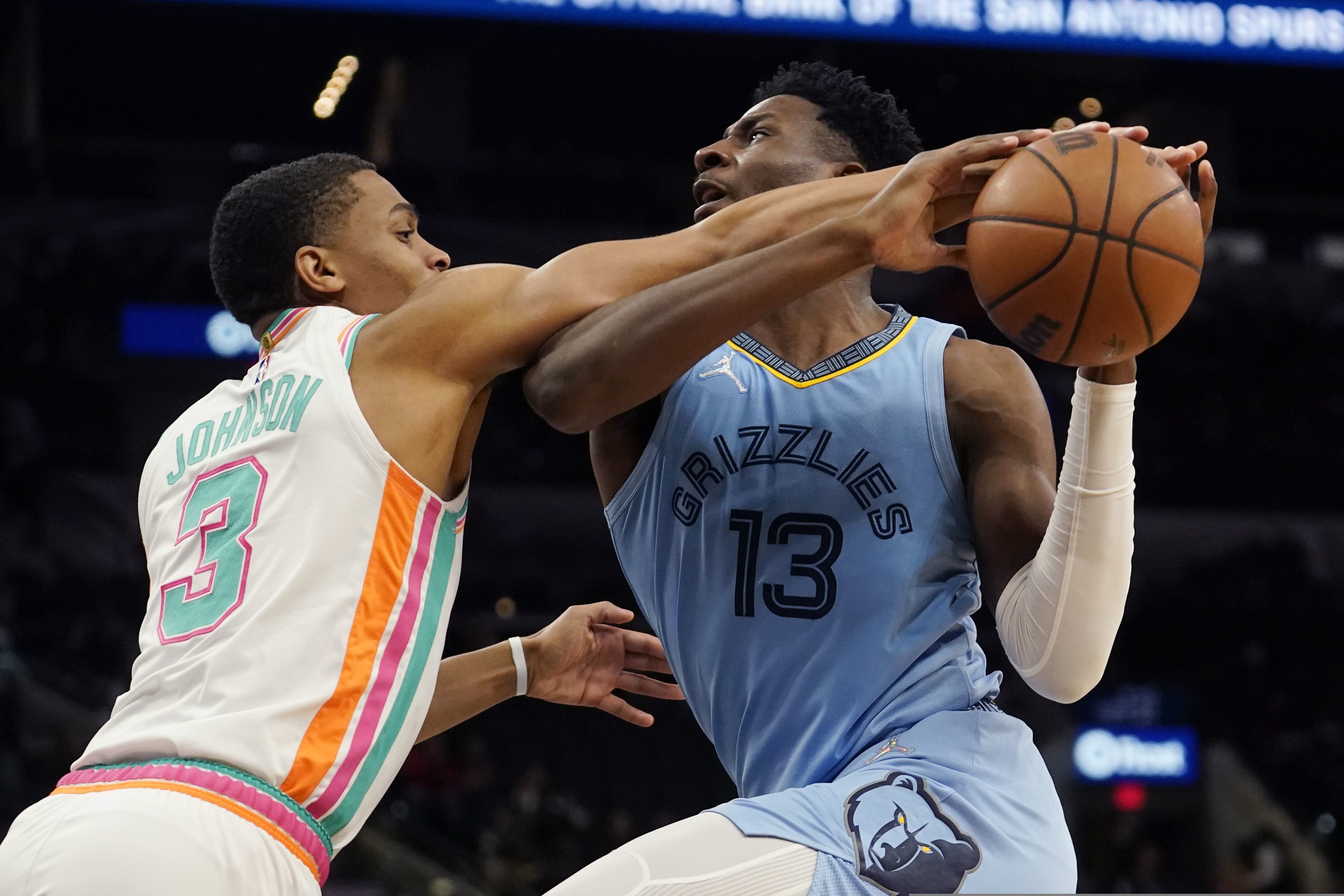 The tales of the Western Conference are a thing of beauty and it has been one of the most competitive places for basketball for many many seasons now. Just being an elite team isn’t a guarantee enough that you will make it out of the West. Many dreams of elite squads have been shattered throughout the Western Conference. Reminds me of the “Grit and Grind” Grizzlies with Marc Gasol, Conley, Tony Allen, Randolph, Prince that couldn’t make it out of the West despite being such a loaded squad. And coming to the Memphis Grizzlies, we will see them take on the San Antonio Spurs here.

The Grizzlies have been one of the best three squads in the league and only among the four teams to reach 40 wins at the time of writing. They broke the Bulls’ six-game winning streak in the last game and are seated with 42 wins and 20 losses in a competitive Western Conference, currently on their way to sealing the Home Court advantage till at least the First Round. On the other hand, sealing a home-court advantage is a distant dream for the Spurs as of now. Forget the home-court advantage, they are in a wild race for the tenth spot in the West against the like of Pelicans, Trail Blazers, Kings, and even Lakers at this point. The Spurs have lodged 37 losses and 24 wins, not a great record but they have compiled four wins in six games and pushed the Heat to the brink in the last game with a virtually second-string unit. Can the Spurs give the tough Grizzlies a hiccup here? For my game result and total prediction, slide to “Expert Betting Tips”. For my player-based statistics prediction, jump to “Player Performance Prediction”.

Crucial Window for both Western squads

Grizzlies race to the top

Even though the Suns are way ahead of the Grizzlies and the Warriors are a rank ahead of them, Memphis has a chance of nabbing at least the second spot in the West. And it becomes crucial to seal it with the way Utah Jazz is playing these days and has elevated the game. The Warriors can be caught up by Memphis and each month, the team has managed to come closer and a big winning run for Morant and co. can certainly threaten the second position of the Curry-led team. With the way Ja Morant has played, the Grizzlies have gotten quality production in terms of scoring and playmaking, meanwhile, Desmond Bane has been a formidable backcourt partner. On the other hand, Steven Adams and Jaren Jackson form a strong duo in the frontcourt and a supporting cast of Williams, Anderson, Jones, Clarke, Melton, and Konchar, the Grizzlies are loaded from top to bottom.

Spurs are a great offensive unit

The Spurs have led the league in assists per game for most of the season and much of the reason for that has been DeJounte Murray. Murray is also the team’s leading scorer and can wreak havoc with his ability to nab steals and run a fastbreak on a regular basis. Meanwhile, Jakob Poeltl has been huge as a screener, rebounder, and also the paint scorer. On the other hand, Keldon Johnson has significantly improved his offensive game but if he gets his rebounding a bit further, his team can be even more effective. Lonnie Walker IV has been playing well recently while young Devin Vassell has done well too in the starting role. However, the team’s defense has been vulnerable for the most part and that has held them back.

Assuming they are all available, these are my player-performance predictions:

Points Range: The Grizzlies and the Spurs have been effective on the offensive end and with their ability to pass the ball and get multiple offensive options going, they are both high-yielding squad. The Grizzlies have been leading the league in steals and are among the best fast-break squads in the league. Defensively, the Grizzlies have been more dialed-in on the defensive end. The Spurs will have their work cut out against the Grizzlies, and I believe Memphis will score at least 115 points here. I believe the Spurs will score around 110 or so here. I see the total points range as 220-230.

Prediction: The Grizzlies will be giving a lot of trouble to the Spurs at home and I believe they will be going for a big run soon. The rebounding battle between Adams and Poeltl can be decisive but the frontline of the Grizzlies with Jackson and Adams can have an edge here. I believe Desmond Bane is up for a big game here and the Grizzlies are going to win this 118:107.