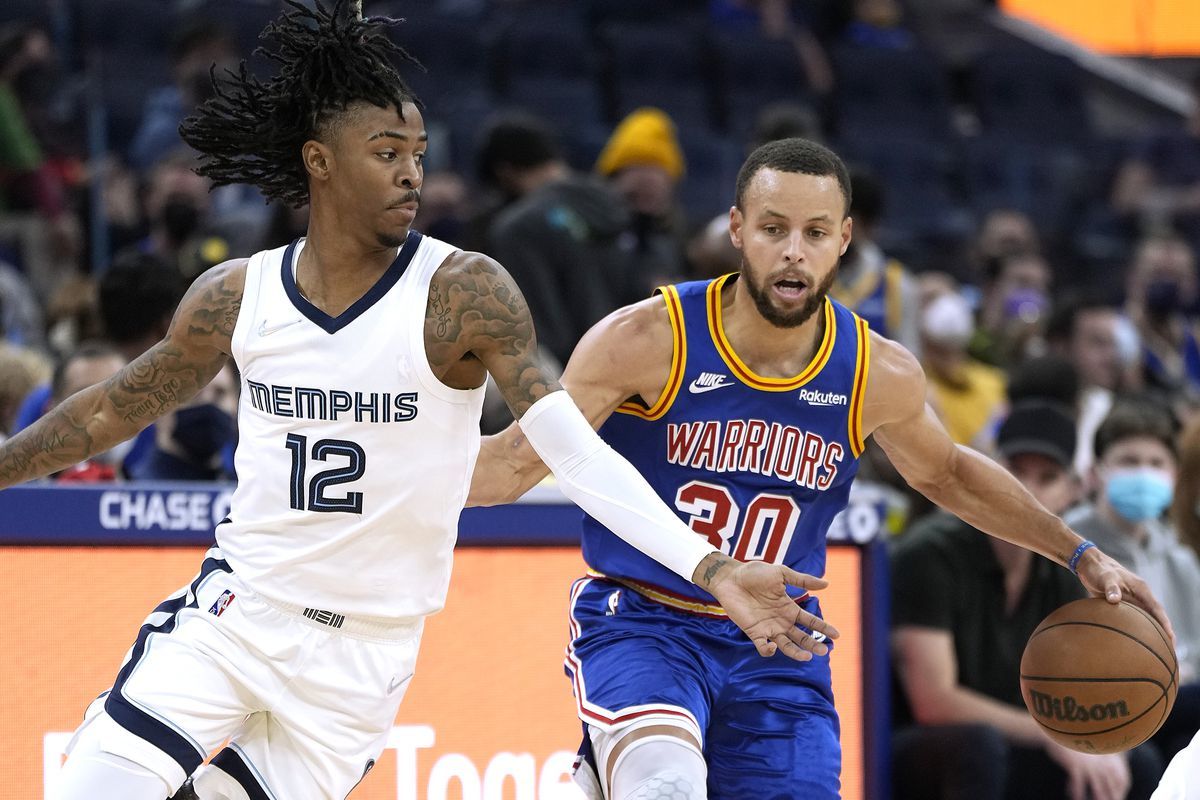 In the final seconds, Golden State won Game 1 of the series against Memphis. Bookmakers have now put roughly the same odds on winning Game 2. Should we expect a rematch from the Grizzlies?

Reaching the 2nd round of the playoffs can already be considered a success for a team as young as Memphis. None of the Grizzlies' offensive leaders have spent more than four years in the NBA, but the team already finished 2nd in the West in the regular season. Ja Morant had an outstanding season, although he did slump a bit in the playoffs. The offense leader suddenly became Desmond Bane, although he went down a bit in Game 1 against Golden State. Bane also suffered an injury the day before, and his participation is now questionable. Ziaire Williams might not play either, and Santi Aldama, Killian Tillie, and Steven Adams are still on the sideline.

In their recent game against Golden State, Taylor Jenkins' men fell short of winning, 116-117. Bane and Brooks combined for just 3 of 13 shots from beyond the arc, while Ja Morant and Jaren Jackson Jr. led the way with 34 and 33 points. The Grizzlies lost the battle on their board several times in the final quarter, giving their opponent extra possessions. Morant could have brought the win for Memphis, but he missed a shot from under the basket at the buzzer.

The Warriors have won 9 of their last ten games, losing only to Denver in Game 4 of their playoff series. Jordan Poole has shown great offensive play in the postseason, scoring more than 25 points in 4 of 6 games. On defense, however, Poole has been very ineffective. And Klay Thompson has slowed down a great deal on his side of the court since his injury. Steve Kerr is trying less often to field Poole, Curry, and Thompson simultaneously, and even Gary Payton has been included in the starting five. Andre Iguodala is yet to play due to injury, and James Wiseman is yet to make his debut this season.

In the recent game against Memphis, Golden State shot less than 40% from beyond the arc, with only five players attempting three-pointers. Jordan Poole was the most accurate, while Wiggins and Thompson combined for only 4 of his 15 attempts. Draymond Green's suspension also played a significant role. The Warriors' defensive pillar played just under 17 minutes on the floor. In the end, however, Klay hit an important three-pointer to give the Warriors the win.

History of head-to-head meetings between Memphis and Golden State

Memphis defeated Golden State 6 times in their last ten head-to-head encounters, and they were stronger three times in the last regular season. The day before last, the Grizzlies won their home game 123-95 with plenty of tough losses on both sides. Ja Morant, Jaren Jackson Jr., Steph Curry, Klay Thompson, and Draymond Green did not appear on the court.

The main disadvantage of the current Grizzlies is their lack of experience. It will be difficult for the home team to bounce back from their defeat in the last game, although they do have a reserve to step up. In the last round of the playoffs, Desmond Bane proved that he can hit threes at a respectable percentage, and Dillon Brooks is capable of more. Golden State can bolster their defense, at least with Draymond Green playing a full game and the Warriors conceding less from under the basket to Morant. I suggest betting on the following outcomes: