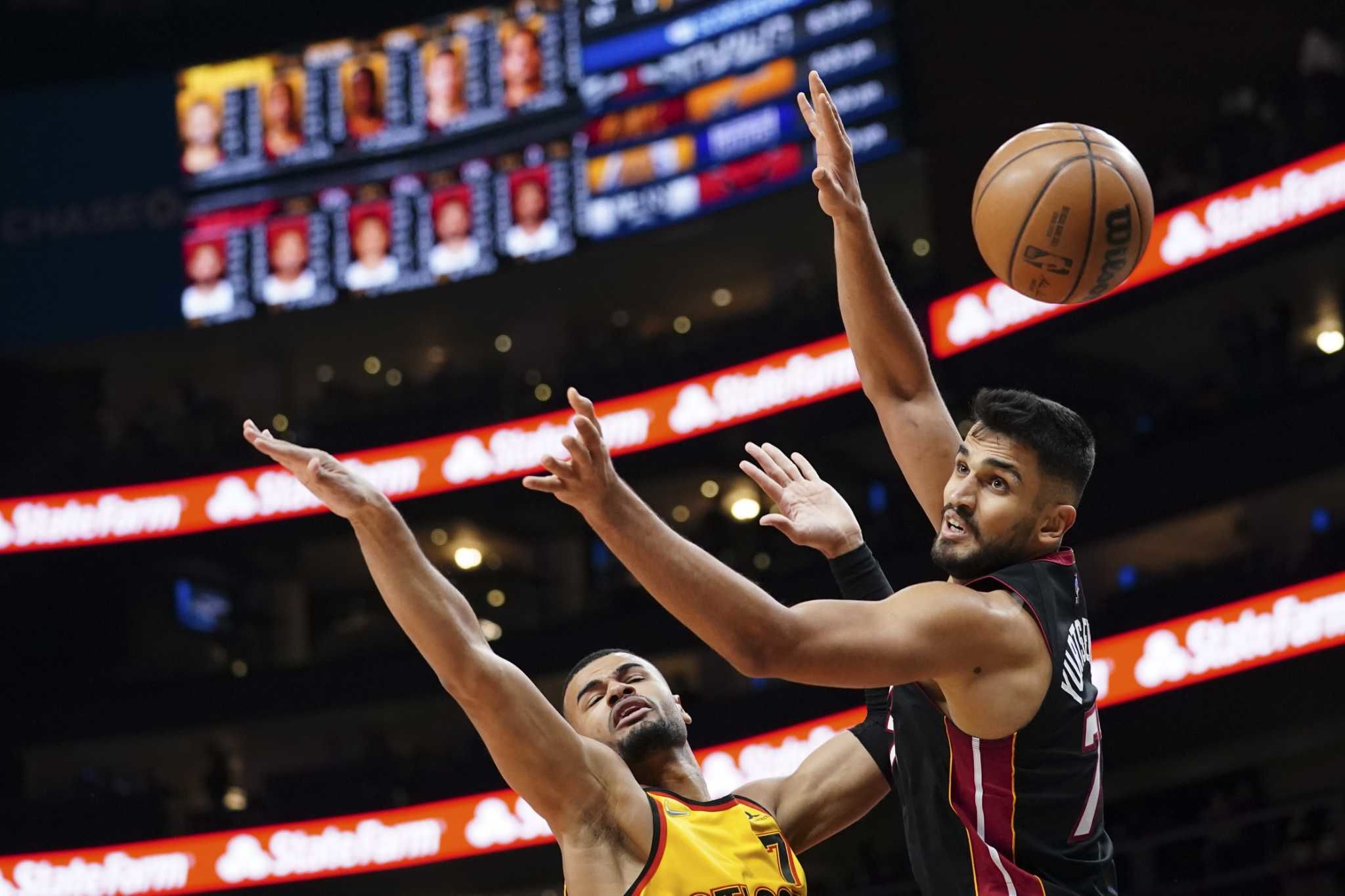 You can often go on winning and losing streaks while betting, just like the teams in the NBA do every now and then. Well, for someone like me, who doesn’t use any machine model or the computer model for predictions, I have had a similar fate so far. A close to 50% win-loss record and long streaks of winning suggestions and same for losing ones, but overall, it is a learning experience at the end of the day. And here I am, making predictions about the game between the Miami Heat and the Atlanta Hawks. The Heat has played terrific basketball throughout the season, winning 26 and losing just 15 so far, and right now on a three-game winning streak. On the other hand, the Atlanta Hawks have been just opposite, with their 23 losses and just 16 wins, losing their last three games, and playing some underwhelming basketball on both ends of the floor. The Heat and Hawks met a couple of days ago and the Heat won 115:91 in a one-sided affair. Can the Heat replicate that effort or will the Hawks play one of their best games this season? To know my total and game result prediction, hop over to “Expert Betting Tips”. To know the team and player performance based stats, jump to “Team and Player Performance”.

Hawks have looked unmotivated: Earlier in the season, Trae Young claimed that the Hawks lacked motivation and needed to find one through the lengthy regular season. It seems like the team hasn’t found such spark yet after clinching the Eastern Conference Finals spot last season. Now, they have traded Cam Reddish for Kevin Knox II, some trade that I don’t understand yet but perhaps Kevin is the answer? Yes, Reddish is a little inconsistent, but he is just 22 years old and has had some terrific games too. Perhaps, there is more to it then we don’t know? Anyway, this wasn’t the trade that must be expected by many. Anyway, it is the starting core that has struggled on both ends of the floor. The Hawks have been especially underwhelming on the defensive end and they seem to not even get two stops in a row during many junctures. They have had no answers against elite offenses and that is why I believe the Hawks are playing unmotivated because they have some athletic players and someone like John Collins who can be a difference maker. Despite having a superstar like Trae Young, who can pitch in 25+ points and hand over 10+ assist regularly, the Hawks have looked out-of-sorts all season long.

Heat keeps on raining it down: Heat has way more options at multiple positions than the Hawks. Their off-season signing of Lowry has worked wonders and he has set the NBA stage on fire this season, giving amazing playmaking, supplying his much-celebrated leadership and when such a gutsy guard is around, you are willing to sacrifice your body looking at the examples set by him. The best part about the Heat has been that the team has found multiple players and even their deep bench has been effective. The Heat has won most of their games without their two main players and I doubt there are even one to two teams in the league who can do that so consistently. With Herro being a high-quality scorer, shooters like Caleb, Max, Duncan, Gabe, and a more offensive-minded PJ Tucker, the team has no shortage of quality shooters and scorers. The Heat can also get crucial stops and with Omer Yurtseven grabbing rebounds at the current rate, the Heat keep finding numbers to pull through, indeed, this team is highly impressive.

Here are some team-related team performances:

Points Range: Heat has been a high-quality offensive team throughout the season and with their wealth of shooters, shot-creators, and playmakers, they have unsettled multiple defenses. The Heat has achieved more balance in scoring and different players have led them in different games due to which they have usually scored in the 113-123 range during most games recently. On the other hand, Hawks were also a high-quality offensive team until the last two games, where they have scored 93 or less. However, I fail to see Hawks having three such nights in a row. That will be a shocker even if we take into account their underwhelming play this season. I think the Heat will go past 110 or so again and that the Hawks will at least go beyond 100 here. I feel this will be a high-scorer with a points range of 220-230.

Prediction: Taking recent trends into account, it is clear that the Heat start out as favourites. Hawks have no rhythm to them recently and their ship is sinking. And I’ll not give a counter-argument here and say that the Hawks will turn it around. Coming back to home, I think the Heat will be even more imposing on the offensive end and shut the shop again. I see them winning this game 118:105.