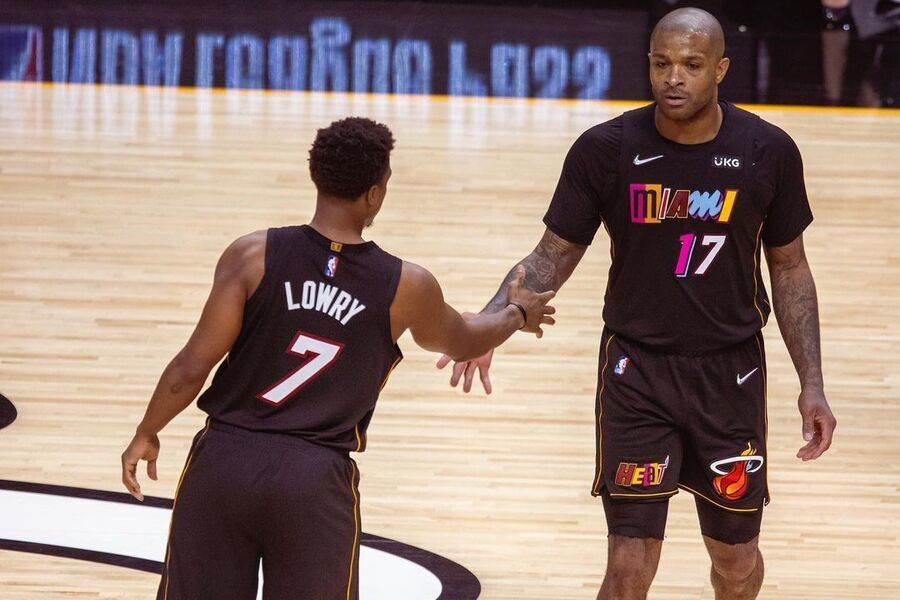 NBA betting scenario is a tricky one, a point here and there changes the complexion of the betting and we are left to count what went wrong during so many junctures. At the end of the day, you can perform analysis, use your gut, and rack your brains over the prediction scenery but the margin of error is surely too low at times. The safest bets can be overturned during many instances and the risky ones can land, isn’t this the very nature of the betting that makes it so fun, innit? And in another tough betting scenario, Eastern Conference squads Miami Heat and Brooklyn Nets face each other.

Miami Heat has been reeling these days and after being stationed at the top of the East for a few weeks, they are sliding. The Bucks, the 76ers, and the Celtics have all caught up to them are playing a much better brand of basketball these days. Apart from the top spot being open, the fifth to sixth position battles are no less intriguing between the Bulls, the Cavaliers, and the Raptors. In the bracket underneath, the Nets have recovered after a horrendous period without Kevin Durant while the Hawks and Hornets are in a tight race against the Nets for the eighth spot, with all these teams heading to the Play-in tournament. If we look at the East, the eighth to tenth position teams have a much better record than the West’s Play-in contenders except Timberwolves.

Heat’s poor play has derailed them

It seems like the Heat depends upon Tyler Herro quite a bit, after missing him in the last two games, the team has folded completely. It is tough to say which of these three losses is most embarrassing, first, the team lost to a Sixers team that didn’t have Embiid and Harden then they lost to the struggling Warriors, which were without Curry, Thompson, and Green but the last loss against the Knicks must sting the most. The team had a decent lead till the third quarter but a 15-point fourth-quarter gave the game to the Knicks that were without Julius Randle. Butler has played phenomenal basketball while Adebayo and Lowry have done well too, the bench has looked much thinner without Herro in the fray. The loosey-goosey play of the Heat has derailed the claim to the top because those last three games were against teams that were either depleted or are struggling.

Nets are back in full swing

Would any team want to face the Kyrie and Kevin-led Nets team in a one-off Play-in tournament game knowing that both of them can take over the game at the same time? Surely, being an eighth-ranked team doesn’t make them an elite squad but hey, who knows, if we are in for surprises from the team during the Postseason. The team has won six of the last eight games and wins against Sixers and Grizzlies display the readiness of the team. The Nets are not as locked-in defensively as they were earlier in the season when they were the best perimeter defensive team but with the one-two punch of Kyrie and Durant, they can certainly pull off some upsets. However, both the Hornets and the Hawks are not far away from their record and the Hornets have especially closed in but you’d think that with KD and Kyrie, the team will finish at least in the eighth place.

Points Range: The Nets have been more turned on while scoring the ball, one of the reasons that has been Durant and Irving playing together. The Heat’s scoring has suffered without Herro and it seems like the team’s scoring balance is hurt without him. Defensively, the Heat on average has been better than the Nets but recently, even that end has shown holes. The Nets will come into this contest after two days rest while the Heat lost to the Knicks just night so the former will be fresher. This is why the Nets can exploit the struggling Heat and can put on an offensive show. I believe the total points range is 220-230.

Prediction: While it is true that the Heat has lost three in a row and the last loss must have hit the confidence, I still see them coming up with a strong effort here. Yes, it doesn’t logical considering the Nets are in full flow with Durant and Irving dominating oppositions, but I don’t see them fending off the Heat easily in this game. The Heat can perhaps take advantage in the middle with Adebayo but how till they match up to two potential 30+ points scorers in Durant and Irving, especially if Tyler Herro ends up missing the game. I believe the Heat will put on a fight and this will be a close game but ultimately the Nets may close it out 114:109. I wouldn’t be surprised if the Heat wins here though.