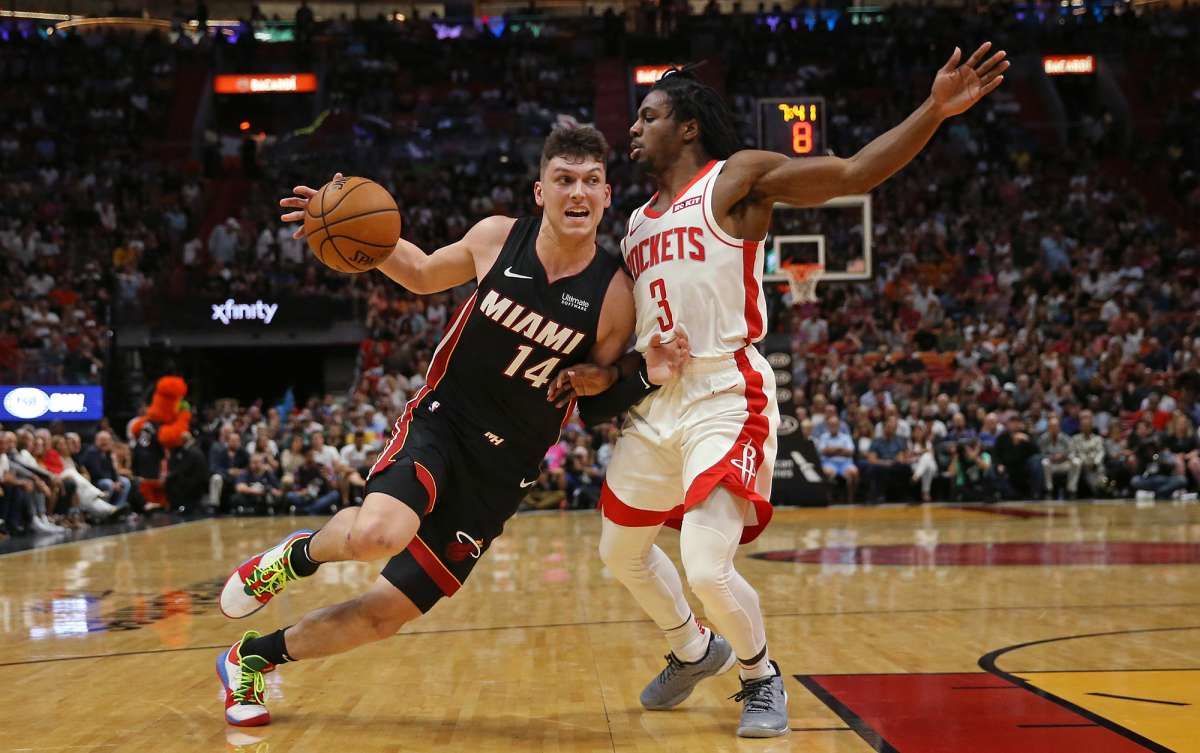 NBA has been heating up and with the Playoffs nearing, we can see some desperation from a multitude of squads. This desperate push can put a lot of dynamics into the play and we have seen some of the table-toppers struggle while some of the mid-level teams pick up their play. The Eastern and Western Conference both have been in a frenzy these days and we are seeing more upsets than compared to any part of the season, what does this mean? The NBA betting has become trickier due to a large number of upsets and you wonder if the favorite in the game is a real favorite or not. In this game, the East’s Miami Heat will take on the West’s Houston Rockets.

The Heat has compiled 43 wins and just 22 losses, winning six out of the last seven games, currently on a three-game winning streak. The team has been doing a great job on both ends of the floor and their ability to fend off elite squads has propelled them into the top position in the Conference. The team has built a more than the decent distance from other teams in the Conference as of now. On the other hand, the distance between the Houston Rockets and the 10th place team New Orleans Pelicans is massive and the Play-in tournament possibilities seem to be nil for the team at this point. The team did beat the Grizzlies in the last game but beating an elite is an exception to the norm for the team. Can they do the unthinkable and pull off a win versus a streaking Heat team? To know my game total and result prediction, jump to “Expert Betting Tips”. For my player-based props prediction, go to “Player Performance Prediction”.

Different prerogatives for the teams

The Heat has been doing a great job of stacking wins since the beginning of the season. Recently, the team has picked it up another level. The deep team of the Heat has won eleven out of their last thirteen games, a boost that has enabled them to jump to the top position in the East. Miami is going to play 12 out of their next 17 games at home and you’d fancy them to finish at the top from here. There is another basis why I say this and that is due to the team’s incredible depth and ability to win games despite their top players being missing from the scenario time and time again. Tyler Herro, Jimmy Butler, and Bam Adebayo have been incredible offensive options while the individual defense of Robinson, Butler, Adebayo, Tucker, and strong team defense, the Heat is primed to make a deep Postseason run.

The Rockets did get one of their best wins last season after beating a top-three in the Grizzlies but if you evaluate the overall scenario, the team has been struggling to make ends meet on both ends of the floor. They have lost twelve games in a row and this is a team that has also lost 15 in a row, meaning going on lengthy losing streaks is the habit of this struggling. Well, this is understandable since the squad has been mostly shorthanded due to the short supply of depth and an inconsistent backcourt. While Christian Wood has done a great job in the middle, it hasn’t been enough for the team to contain the opposing Centers and outmatch them because there is a lack of help defense on a regular basis. The Rockets are heading for the lottery.

Considering these players are available, these are my player-prop predictions:

Points Range: In terms of defense, the Heat has done a way better job than the Rockets all season long. The team has been restricting both the perimeter shooting and inside scoring mostly on the back of the position-based defense. On the offensive end, the Rockets have been decently at times but they can face trouble against an elite defense of the Heat. Talking about offense, Miami has been mostly in the 111-115 range but can expand it against a so-so defense of Houston. I believe the Heat will restrict the Rockets will below 105 while Miami is going to score more than 116. The total points range seems to be 220-230.

Prediction: The Center match-up between Wood and Adebayo seems to be the highlight. Christian has been doing a great job in terms of gathering boards and dipping in points from multiple areas but Bam Adebayo is a terrific defender and can contain him. Jimmy Butler will be giving huge trouble to the so-so defense of the Heat and the Heat has a way deeper shot-creating and defensive lineup compared to the Rockets. I believe the Heat will take this game at 122:102.