Miami Heat vs Los Angeles Lakers: Heat has been solid, Lakers have had many troubles 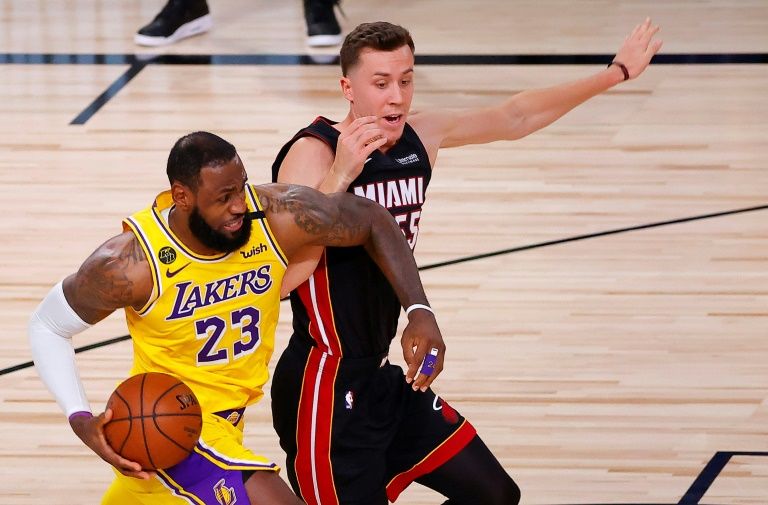 NBA Betting hasn’t been an easy affair all season long as a lengthy season means a number of varied results, upsets, and numerous trends that get broken day in and day out. This is what also makes the betting affair a challenging and yet fun trade, you can miss or hit some bets but yes, it is the very thrill that keeps you invested and work out multiple analysis and figuring out what will be the total, result, point differential(handicap), player performances prediction, and various other metrics involved in the day-to-day NBA betting affair. And in another tricky betting affair, the Miami Heat will host the Los Angeles Lakers.

The Heat is having a terrific season, battling through multiple injuries, COVID-19 and other reasons that have caused multiple absentees and despite missing their key players, the Heat has been able to compile 29 wins and 17 losses during this season. On the other hand, the Lakers have been losing against elite teams despite LeBron and Westbrook being healthy for most parts. The team has 23 wins and 23 losses which is surely an underwhelming return for a team that was considered a championship favourite at the beginning of the season. The Heat has gotten their main players in Butler and Adebayo back, but are missing their two key guards in Lowry and Herro. Meanwhile, Anthony Davis, who has not played in over a month is questionable for the game and surely, the team needs him now. Can the Heat continue to dominate oppositions? For my game result and total prediction, go to “Expert Betting Tips”.

Heat has been scintillating, Lakers have been unable to win against top squads

Miami has been doing a terrific job of keeping their season alive despite first missing Butler and Adebayo, two main players on both ends of the floor and now with two of their major players in Herro and Lowry missing, they still have a lot of ammo to deploy on both ends of the floor. Heat has won three of the last five games, losing against the Hawks by just two points away from home.

The team has some terrific shooters like Strus, Martin, Robinson, Vincent, and with Butler and Adebayo at the helm, they can also eke out incredible defense during most possessions. Now, the trouble comes in the form of PJ Tucker being questionable for the game, who is a big-time defender and can also knock down perimeter jumpers. The Heat’s balance has been disturbed but in no way, the current setup can be rated low.

Unlike the Heat, the Lakers have had a rough season. Their major struggles come on the defensive end and the team has simply lacked the hustle to press on during key moments. LeBron has been on fire throughout the season, racking up points, boards, and assists while Westbrook’s influence may have not brought on more semblance on both ends, he has worked well to cut down on turnovers and recently, he has had some decent scoring nights as well.

Carmelo Anthony has played a vital role as the stretch-four while Malik Monk, despite his recently reduced offensive output, has had some high-yielding shooting nights. Stanley Johnson has had a terrific impact while Bradley is key at the off-guard position to scrape up quality perimeter defense. Can the Lakers become more disciplined on defense because now they have a lot of catching up to do when it comes to the elite squads in the league.

Points Range: Lakers have been a terrific offensive team throughout the season, scoring 110+ points during most of the games largely on the back of their premier superstar LeBron James. On the other hand, the Heat has also gone past 110 points mark during many occasions and even though, they haven’t scored more than 108 in the last four games, the team has more than enough options in Butler, Adebayo, Strus, Martin, Vincent, and Dedmon, they can scrap up 110 points or so. My argument is that the Lakers defense can go off during many occassions and it gives someone like Butler to take over the game. Well, talking about Butler, he is due a big night since his comeback from an injury.

If Anthony Davis plays here, that can be a huge difference but hey, what will be his conditioning after missing multiple weeks of action. I believe the Heat will figure in the 108-114 range here while the Lakers can also get around more than 107 points here as well. The total points range is 220-230 with early 220s being more likely for me.

Prediction: The Lakers have done poorly against elite teams, they have an around 80% losing record against teams that have a +50% win record and that is the main reason why they have fallen way too behind in the title race at the moment. I think the team needs Davis badly and if they don’t make big-time trades, the current core needs to figure out a way to play tougher on the defensive end.

One other issue that has hurt the Lakers has been giving away second-chance points and allowing teams to score early in the shot clock. On the other hand, I think the Heat will be raring for a strong offensive game here. I believe the Heat will come out strong here and Butler, who is due a big 20+ points night, will have a strong outing if he plays. If Butler, Adebayo, Strus, Robinson, Vincent, Martin and Dedmon are healthy, I think the Heat will win this 115:108.