Miami Heat vs New York Knicks: Heat look to pick it up again versus oft-vulnerable Knicks 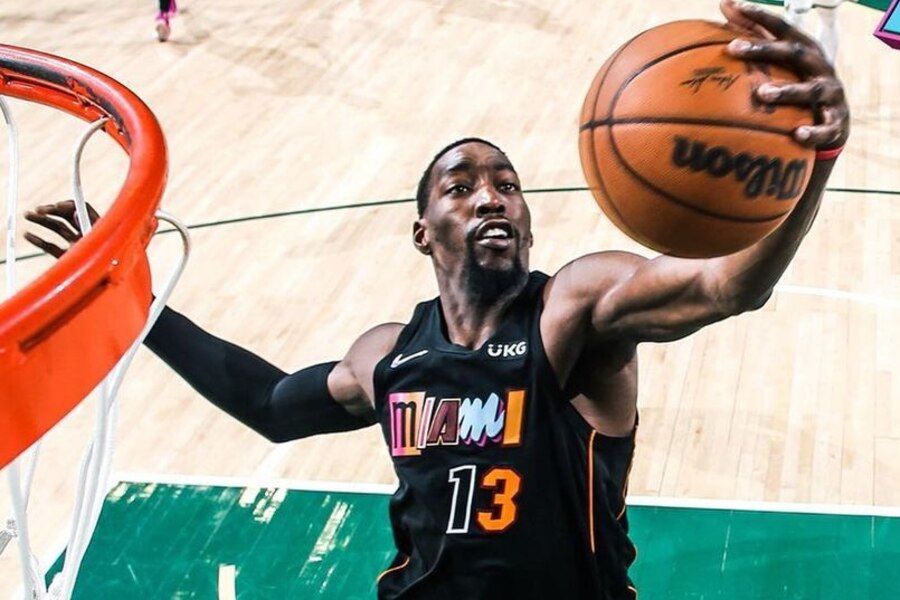 NBA betting scenario keeps on plunging us into multiple tricky scenarios and the bookmakers keep working to get the odds right. The odds are usually on point but you never know when they can fetch invariable results and make us roll our eyes. This is the NBA, it is a long schedule where each team plays 82 matches and you never know when even a hot team loses to the ones that have been struggling. Besides winning and losing, there are a lot of other types of bets that one can place. We will discuss multiple betting scenarios as we delve into the classical Eastern Conference tussle between the Miami Heat and the New York Knicks.

Just as it looked like we have found a clear-cut Eastern Conference table topper in Miami Heat, the team incurred two strange losses. Both the losses came against two short-handed teams one was against the Sixers team that was missing James Harden and Joel Embiid, where the team couldn’t withstand the flurry of Tyrese Maxey. The second strange loss came against the Warriors that played without Curry, Thompson, and Green. In the loss against the Sixers, the team had its core of Butler, Adebayo, Herro, Lowry, Tucker, and Herro, while in the second, the squad was missing Herro but a 14-point loss indeed looks horrible, that too at home! Is this one of those cold periods that one can hit anytime, which even a team like the Suns have suffered, or is this a part of the larger problem?

In the larger scheme, the Heat has not notched a three-game winning streak since the first week of March and the play has been a little wayward despite the team having the core intact for the most part. Butler, Adebayo, and Herro bring top-notch scoring and it seems like at this point, a lot of win-loss column results depend upon how Herro performs. One serious concern has been the inconsistency of Duncan Robinson as the shooter and the other concern has been Jimmy Butler’s recurring injury problems. Still, the defensive lineup of Lowry, Butler, Robinson, Tucker, and Adebayo can’t be taken lightly during the Playoffs so even if the team has slipped a bit, they do look strongly built for the Playoffs. But first, can they hold on to the top spot in the Conference?

At this point, the Knicks have fallen even out of the Play-in tournament race and unless Hawks and Hornets suffer some unprecedented meltdown, the team stands little to no chance of making it to the Play-in tournament. The Knicks fans have even questioned if they deserve to make the Play-in tournament. Many of them feel betrayed after the Knicks finished at the fourth spot in the East last season, but this season, they have nowhere even close to the fourth spot. They have meandered around the fringes of the Playoffs and at this point, not much can be expected out of this squad that keep on stacking losses through some underwhelming offense during most nights.

The Knicks have one of the worst offenses in the league efficiency-wise and their tendency to misfire from the field has been their biggest issue. While Alec Burks has done well to lift his scoring a bit, for the most part, he and other Point Guards for the Knicks have had poor field goal percentages. For all the glorious play RJ Barrett has given, even he has had plenty of off-nights, and Evan Fournier despite clicking on various threes hasn’t addressed the terminal Knicks field percentage woes. Julius Randle continues to be a physical all-around presence, it hasn’t been enough for the team. Unless there is an unprecedented nine-game winning streak, the Knicks stand not much of a chance to make it to the Play-in tournament. Will there be a miracle or is it all about the next season now?

Points Range: Major players are questionable for both teams, and they are all huge difference-makers. If Herro and Buttler both miss out on this game for the Heat, their scoring can take a hit as these two are high-quality scorers and have led the team mostly. On the other hand, Julius Randle and Mitchell Robinson are questionable for the Knicks and both of them are needed to counter the physicality of Bam Adebayo in the paint. The duo of Lowry and Adebayo can pose multiple problems for the Knicks as they can work an effective inside and outside game and Lowry may look to heat up to prepare for the Playoffs. RJ Barrett has been a huge presence as the shotcreator while Obi Toppin made claim for more minutes in the last game. I believe this can be a grind-out style of game and the total points range seems to be 210-220.

Prediction: If either of the Butler or Herro play here, the Heat will still possess a strong attack with Lowry, Adebayo pairing up as a sustainable offensive option. The Knicks have rather been surprisingly more alert away from home and can surprise teams every now and then but if Randle doesn’t play, matching up to Bam Adebayo will be a tricky affair. All in all, I just don’t see the Heat losing three games in a row and notching a 109:104 win here.