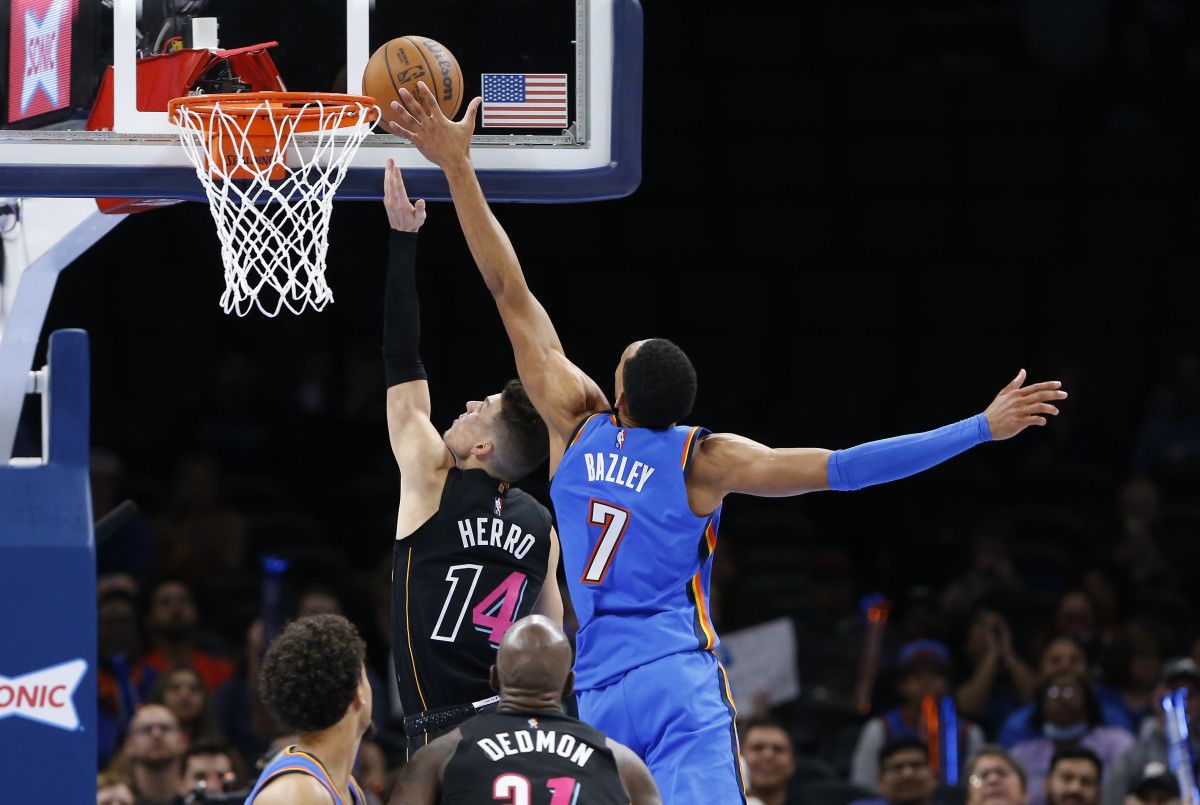 NBA is heading towards the Postseason territory and we have entered a phase where the need to make a winning run has only become crucial for squads that are lurking around the Playoffs. In the Western Conference, the Phoenix Suns have maintained their supremacy and no other team in the league has been even close to them for most parts. In the Eastern Conference, the race to the top is wide open but there is an emergence of a variety of squads. But the Miami Heat has held on to the first position in East and they face one of the bottom-ranked squads in the Thunder, they will fancy to keep going that way.

Heat continues to be at the zenith of East

The Heat may have split the last four games but their chances of finishing at the number one in the Eastern Conference. The Bucks, 76ers, Celtics, and Bulls are not far behind but the upcoming schedule can be a tad tricky in racking up wins. The team has to play the next seven out of 12 games at home and the schedule features mostly winning teams. However, the Heat has shown the ability to fend off top-ranked teams time and time again. This is where their elite defense containing Butler, Adebayo, Lowry, Tucker, and Robinson comes into play, while Butler and Adebayo have been stellar offensively whereas Herro has been the X-Factor off the bench and has led the team in scoring during most games recently.

Thunder’s rebuild is on

The Thunder has been playing without Dort and Giddey for many weeks and while Dort has been ruled out of the season, Giddey can return in a few days. With these two absences, the scoring balance has been hurt and so has been the defensive balance. And this has increased the load of high-scoring Guard Shai Gilgeous-Alexander who has been dropping 30 or more on a regular basis these days. While Darius Bazley and Isiah Roby have tried to ease the load at times, they are not as consistent and so is the case with Aaron Wiggins and Tre Mann. Aleksej Pokusevski has shown some promise but the team lacks shot creators outside of Shai Gilgeous-Alexander.

Points Range: The Heat has been miles ahead on both ends of the floor compared to the Thunder. Do remember that Jimmy Butler and PJ Tucker are questionable for the game when it comes to Heat but their bench unit is deep and players like Strus have produced big-time as bench scorers. However, the key will be how much Tyler Herro is able to put up. On the other hand, Shai Gilgeous-Alexander is questionable for the Thunder in this game, and if he misses out, the Thunder offense will be in tatters. Talking about defense, the Heat has a much better defense than the Thunder and even if their main guns miss out, they will have the services of Adebayo, Robinson, and Lowry to keep the hustle up. I believe the total points range here will be 220-230

Prediction: While Heat can surely make do if they end up missing Butler and Tucker but if the Thunder play without Shai Gilgeous-Alexander, I fail to see how the team will even get to 100 points. Even if Shai plays and the Heat miss Butler and Tucker, the Miami outfit has enough depth to fight through. This is why I believe Miami will win this game 119:102.