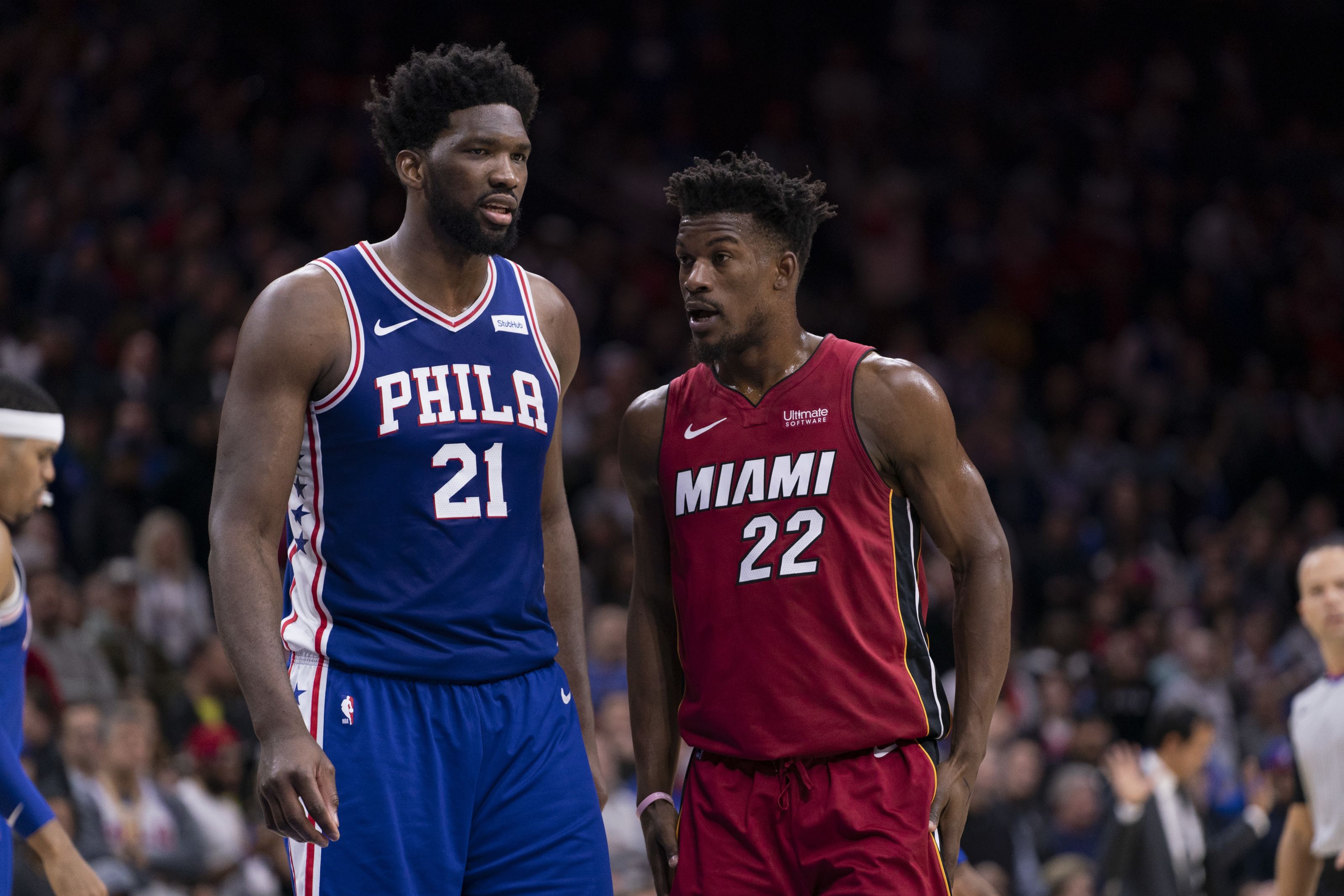 NBA betting is fun but yes, the fun can be diminished if you start to go on a losing streak as teams like Magic, Pistons, Rockets, and Pacers have undergone this season. But yes, a winning streak like Suns’ or the Grizzlies can cause excitement, innit? And betting scenarios can see such streaks quite often, your safe bets can fail and the risky ones can land during numerous occasions. Anyway, in this game, two red-hot Eastern Conference squads in Miami Heat and Philadelphia 76ers meet each other. The 76ers have overcome a cold spell in December and have now won eight out of their last nine games, winning both at home and away from home. On the other hand, the Heat has won four in a row, also winning both at home and away from home. Overall, the 76ers have won 24 games and lost 17 while the Heat has a terrific 27 wins and 15 losses. For the 76ers, Embiid has created fractures in the opposition’s defense while for the Heat, they keep finding different players to step up their games and have acquired brilliant balance in the scoring column this season. Can the Heat contain Embiid and can the usual disciplined 76ers defense keep Heat away from scoring at the perimeter? For my game and total prediction, go to “Expert Betting Tips”. For my Player-based performance prediction, jump to “Player Tips”.

The Embiid factor for 76ers, the guard depth for the Heat

Embiid is solid in the middle: Joel Embiid said in the presser after the Celtics win that the Sixers are aiming for a title with the current core and they need not make any changes. Well, considering the recent performances, the Center has a solid case and his own play has led the way. With Embiid, you get a versatile scoring set, his tendency to push the ball more create more chances on offense while his rebounding and defense has formed the central basis for the 76ers during most nights. Meanwhile, Curry, Harris, and Maxey provide 15+ points performances on a regular basis, thus it isn’t like that Joel is bereft of support. Matisse Thybulle is an important player on the defensive end and he keeps bothering opposition’s wings and guards alike with his activity level. The bench strength of the 76ers has been an issue and that has hurt the team at times this season but yes, the 76ers have many bases covered with Embiid at the helm.

Heat’s terrific depth: Miami has been a highly deep team and their guard depth has been a big difference maker. The biggest difference-maker this season in terms of two-way hops has been Kyle Lowry, who has supplied terrific leadership, playmaking, and pure hustle. His intensity is inspiring and when you have an isolation option like Herro, who can score 20+ regularly, having shooters like Robinson, Strus, Martin, and Vincent is a bonus. Well, now add an All-star two-way talent like Jimmy Butler to the mix, who has been the scoring leader for this team and does a lot more than just scoring, Miami does look like a contender this season. PJ Tucker provides tremendous defense and rebounding strength at the big Forward position, while his offense has been amazing this season. Omer Yurtseven has been a big rebounder in the middle while Dedmon is more than a decent option off the bench. Overall, the Heat has pulled through even without Butler and their depth can be a big difference maker down the line.

Points Range: Miami Heat has been an elite offensive team lately and cracking through a 110 points mark is routine for them. On the other hand, the 76ers have also figured in 110-119 points range since the beginning of the month but yes, the Heat on average has scored more compared to the 76ers this season. On the defensive end, the Heat has given up 110+ points but can also limit teams in the 105-108 points range regularly. Meanwhile, the 76ers usually limit opponents in the 99-106 points range and that is a terrific effort. Overall, I believe the Heat is going to score 105+ but not more than 110 here while I predict a similar range for the 76ers. I think the total points range is 210-220 here.

Prediction: Heat will have their hands full against Embiid here and that too on both ends of the floor. Jimmy Butler is back and he can be a big factor in propelling the team on both ends. Remember both teams play their second game on the second straight night. I believe they can be a bit tired but the 76ers are the only ones who will come after travelling while the Heat’s last night game was at home. I am leaning towards Heat in this one and I believe Herro, Martin, and Robinson will click from the long-range here. In this tough, battle, I think the Heat will prevail 109:105.