Miami Heat vs Portland Trail Blazers: Can Heat sustain the rhythm against the fighting Portland team? 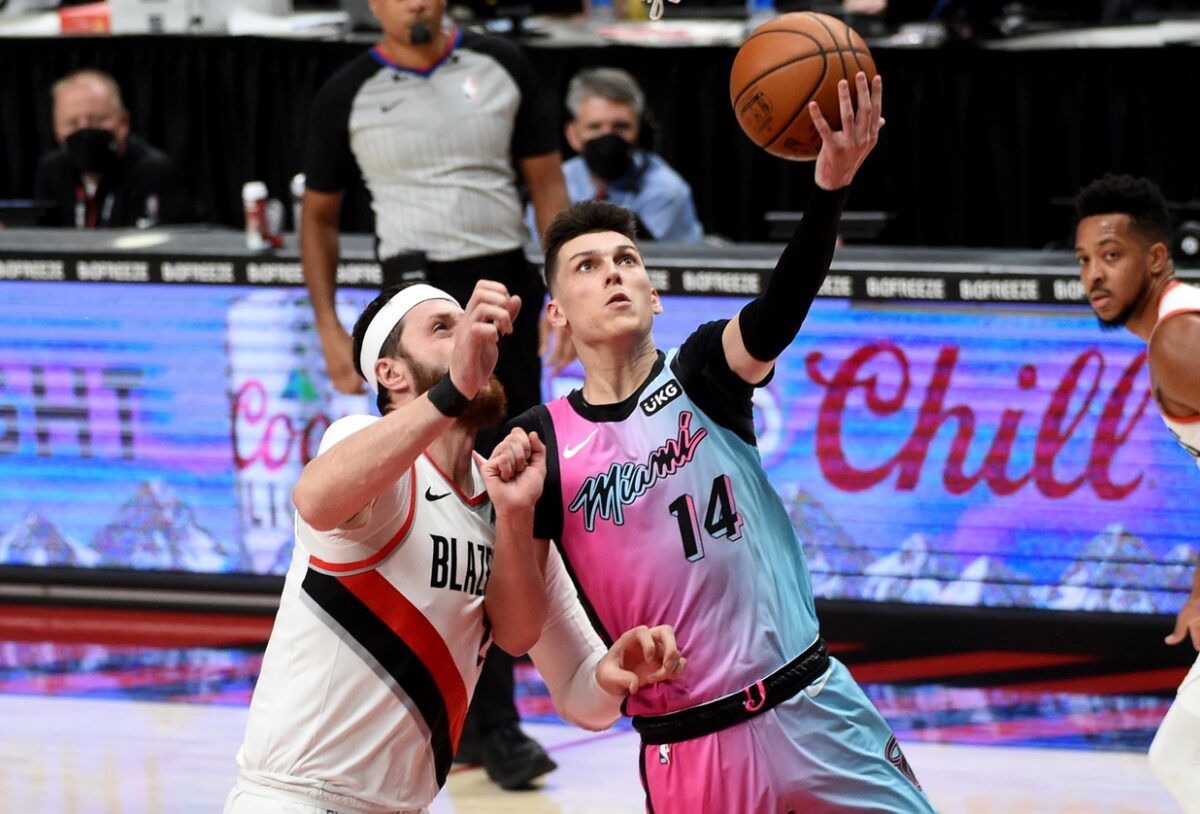 NBA betting will keep turning its head as the season will progress and some teams who have been struggling will become more gutsy and will figure out their own combinations. It means the midseason window also tests the bench strength of various teams, and there can also be a lot of hustle and bustle in the trade market. Anyway, let us jump to this game between the Miami Heat and the Portland Trail Blazers, in an East-West affair. Heat has been on fire all season long, winning an impressive 28 and losing just 16 games, winning four of their last five games. Trail Blazers have won just 18 games and 25 losses in another tough season but they have played well recently, winning four of their last five games. Overall, the Heat’s season has promised a deep Playoffs run and their bench depth has come through despite the team playing without key players game in and game out. On the other hand, the Trail Blazers have seen spark from their young players like Little and Simons, doing a decent job of eking out wins. Can the Heat continue their winning ways against a feisty but highly vulnerable Trail Blazers team? For my game and total prediction, go to “Expert Betting Tips”.

Heat’s bench strength and solid core: Miami has been doing a wonderful job of fending off opponents through their superb bench strength and ability to see big-time performances in different games. Tyler Herro has been having a great offensive season and when Miami is struggling to find some scoring, the guard is able to put up 7-8 points in a row to bail out the offense and his 20+ points average indicates his scoring prowess. On the other hand, with Buttler and Adebayo back, the offense and defense has been bolstered, both being big-time scorers and all-around players. With Vincent, Robinson, Strus, Martin, and Tucker, all being more than dependable long-range scorers, the Heat has a deep offensive team and all of these players at one point or other come up with a big game to keep the winning train rolling. Defensively, Jimmy Butler, Adebayo, Tucker, and Robinson are all superb all-purpose defenders, shutting the perimeter and also able to play physically inside. This is what makes the Heat a legitimate title contender this season.

Portland’s tough season and unclear direction: Unlike Heat, the Trail Blazers have struggled for most parts even when they had a healthy roster. The Portland outfit has been way below the 50% win mark throughout the season and despite notching four of the last five contests, they have been unable to get it going in the overall scheme. Anfernee Simons has stepped up on the offensive end, both scoring-wise and playmaking-wise, third-year player Nasir Little has shown his athleticism time and time again while improving his scoring too. The most impressive player for me has been veteran Center Jusuf Nurkic, who has been a force on the rebounding end, while also scoring decently, acting as a playmaker and just making an all-around impact. Covington has been a defensive force, also scoring well and rebounding at a high-clip. McCollum has returned and his isolation scoring can be of big help as well. Overall, the Trail Blazers have seen some players step up their game but I think they still lack direction and we can see some trades soon with the way things have gone.

Points Range: Heat has scored 104 and 99 in the last two games but that is nowhere near what they usually score. Miami has usually figured in the 115-124 range since late December and the Heat has been doing a wonderful job of both outside shots and also scoring from inside and mid-range. Portland has scored 108 or more in three of the last four games, shooting much better from the floor. The Trail Blazers’ largely improved effort has hinged upon Anfernee Simons who has shown a lot of promise. On the other hand, defensively, the Heat has been able to restrict opponents to 100-109 range consistently and with Adebayo back, that side will be better in my opinion. I think the Heat will score between 108-114 here while Portland will be restricted to around 98-103 here in my opinion. The Points Range here is 210-220.

Prediction: Now, with the way things are going, the Heat enter as the clear-cut favourites in this contest and if we compare both the team-depth and the potential, the Portland team is usually going to enter as the underdogs against the current Miami setup. The Center match-up between Bam Adebayo and Jusuf Nurkic seems to be the most interesting one here in my opinion and I believe Nurkic will have some trouble scoring-wise. I think the Portland squad will struggle offensively here and the Heat will put on a show. I believe the Heat will win here 115:102.