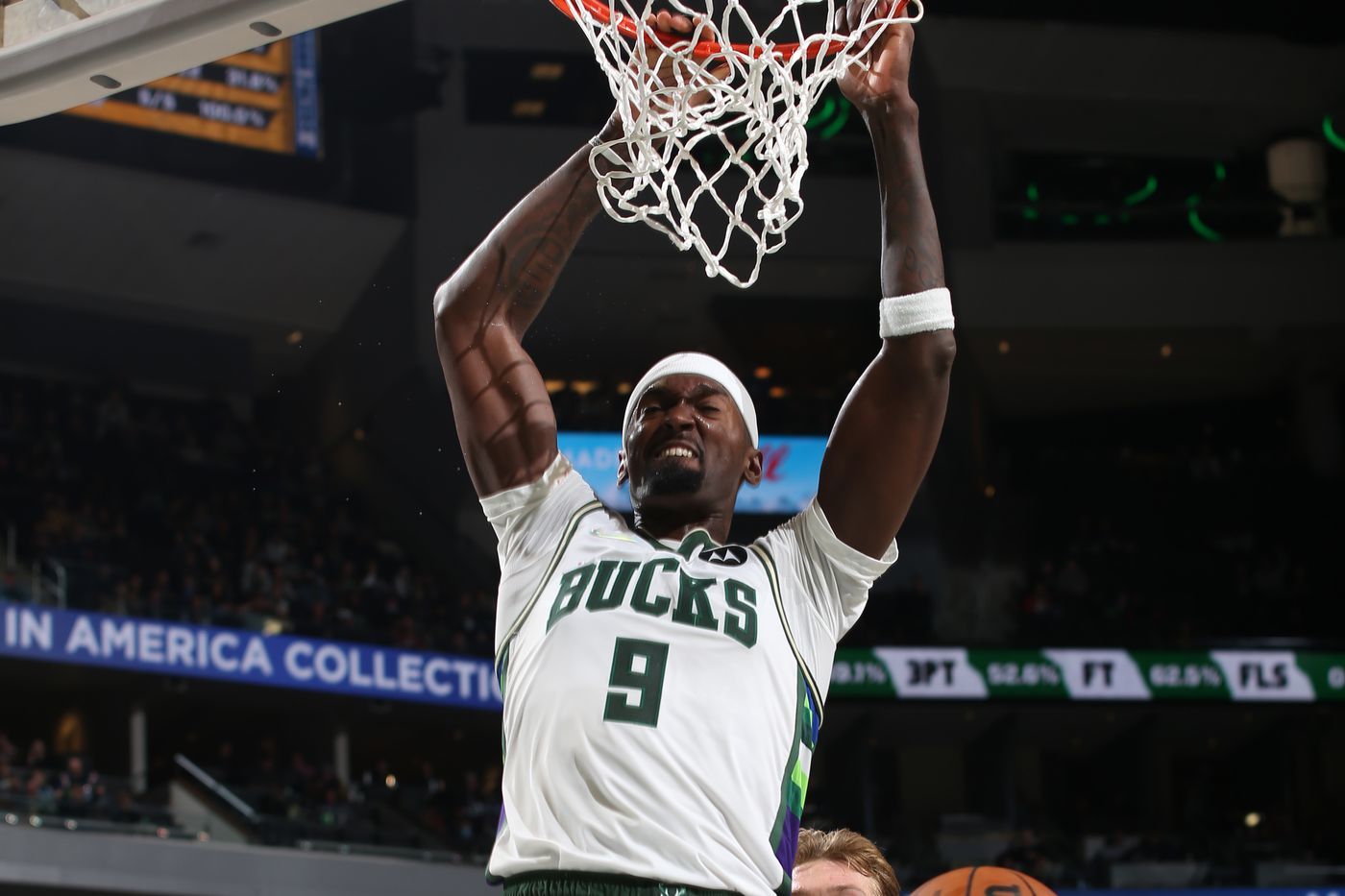 A lot goes in making an NBA contest and it is a testament to the hard work of those who lay the hardwood, the staff that cleans up the Arena, and various other people who work behind the scenes whose names we don’t even know. Surely, without the hard work of the working class people, tax dollars, and what-not, the NBA will go nowhere as an unbelievable amount of effort goes into this. So, yes, a shoutout to the staff who make sure that we are able to witness the glorious NBA day in and day out. And then of course the shoutout to the players who put their bodies on the line to entertain the fans all around the world. Bearing that in mind, let us dive into the game between the Milwaukee Bucks and the Brooklyn Nets.

The Bucks are the defending champions but their ride can be more rocky compared to last season considering the rise of squads such as Heat, Bulls, Sixers, Celtics, and Cavaliers. The East looks more challenging this season and the Bucks have felt that first-hand all season long. Still, they have managed 36 wins and 24 losses but enter the game with three losses in four games. However, with Giannis in the mix, they are bound to make a lot of noise once the Playoffs arrive.

On the other hand, the Nets’ season has been derailed due to a bunch of injuries, roster changes, and the adjustment period has been unkind to them. They have 31 wins and 29 losses, coming into this game on a two-game losing streak. A lot will depend upon when Kevin Durant will return and when Ben Simmons will return, which will give us a more thorough picture of what the squad can achieve. As they run into the Giannis-led Bucks, they will be fielding a second-string squad. Can they give the Bucks a fight or will they be blown out here? To know my game total and result prediction, slide to “Expert Betting Tips”. For my player-based statistics prediction, go to “Player Performance Prediction”.

East ain’t that easy this season

Milwaukee Bucks are in the fourth position in the Eastern Conference, with just a win behind the 76ers but with the Cavs also just a win removed from the third spot. The top spot is within the reach but the Bulls and Heat have laid the claim for the top spot and can be difficult to dethrone from there at this point. Mind you, the Celtics have been also red hot and not that far behind Bucks, Sixers, and Cavaliers. Thus, the East is tightly packed from the 1-6 rankings, a race that is only going to become more intense with each day. That is why the Bucks will need to go on a big run and secure the home-court advantage at least till the Semis round.

The Bucks have been riding the red-hot hand of Giannis Antetokounmpo and with his MVP-like production, they will be in play for the title once again this season. Khris Middleton despite his recurring shooting troubles knows when to raise his game during the Playoffs. Jrue Holiday helped the team become a championship outfit last season and plays an immense role on both ends of the floor. Bobby Portis has been exceptional in the middle with his scoring and rebounding but the bench has been a question mark for the team. With Tucker and DiVincenzo no longer part of the roster, the team has no big cover for injury and that has also held them back this season. They do need Brook Lopez to return at this point.

Nets have been struggling to make any impact since the injury to Kevin Durant and their season has been in the downward spiral. They have lost 13 out of their last 15 games and the new-look roster can struggle against elite teams such as the Bucks. With the absence of Kevin Durant, both ends of the floor have been thinned down and the team has been forced to rely on youngsters such as Kessler Edwards and Cam Thomas to eke out the substantial offense. Patty Mills has not shot well for a long time now and the team lacks a reliable three-point shooter as of now.

Surely, Seth Curry has done well in his early days for the Nets as a scorer and playmaker but he has limited options around him. Andre Drummond is not the same player he was in the subsequent seasons while Cam Thomas despite his ability to pump points doesn’t address the three-point shooting needs. James Johnson, Bruce Brown, and Aldridge have performed well but the team clearly missed Kevin Durant under whom the Nets reached the top of East. As the East keeps getting deep, you can’t afford to fall behind at this point, and with a few games remaining in the season, the team will need a huge boost.

Points Range: The Bucks can beat up the Nets in terms of inside scoring and their size can overwhelm the team. Defensively, the Nets are likely to struggle in this game and at home, Milwaukee can extract a significant amount of points both from outside and inside. On the offensive end too, the Nets lack the shot creators and offensive specialists compared to the Bucks and see a struggle. I see the Bucks scoring at least 116 here while Nets being limited below 110. The total points range seems to be 220-230.

Prediction: I doubt that the Nets can hold down Giannis Antetokounmpo in the paint and he can overwhelm them. The Nets will need more out of Patty Mills here, who has really struggled to shoot efficiently these days. Overall, the Bucks may have a lean bench but they have a significant edge over the Nets and I see them winning 120:107 here.