Milwaukee Bucks vs Cleveland Cavaliers: Cleveland has improved its offense 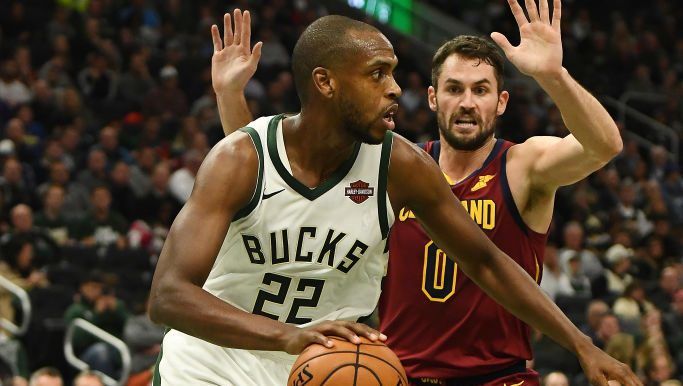 Ah, the world of NBA betting, where a basket made, a basket fluffed, a free throw made and a free throw missed, plus various other factors can make or break a betting option. Still, we try, in this topsy-turvy League to guess, we observe, we learn and we acquire an intuition at times. Let us see what metrics, intuitions are at work here as the Milwaukee Bucks host the Cleveland Cavaliers. For a quick overview, head to the “Notes” section.

Giannis’ impact but incredible team depth: Of course, if Antetokounmpo plays for the Bucks, he will hold sway for the 10-15 extra points and also giving cutting down the opposition’s defense by 10-15 than usual. With Giannis’ length, the Bucks can mount two-way domination. When he was playing before the two-game absence, the team had routinely scored 118-127 points while stalling opponents between 100-111 points. However, don’t take this team’s depth lightly, Connaughton, Holiday, Middleton, and Portis have shown they can go off 16-22 points each in the same game and rack up 120 or so, that is a scary proposition!

Cavs defense is their pride: Cavs have held teams to 101 and under in four of the last five games. Jazz offense which was clicking for 118-125 points also got challenged and Utah scored 109, which is below the season average. It is the length of the frontline with Mobley, Allen, and Markkanen, that has caused issues for opponents. Garland and Okoro form a sturdy backcourt pairing and the Cavs’ defense is an elite one. Cavs have held a team under 33% from three so far and on average, the team ranks second in the least points allowed per game at 101 or so.

Cavs’ offense: Cavaliers are a much more improved offensive team. I personally think with Sexton gone from the picture, Garland has become an even more assertive scorer and the flow of offense looks improved. With Markkanen, the team gets shooting from outside while Mobley and Allen can finish well inside, Allen especially being assertive. Off the bench, Kevin Love and Ricky Rubio bring a lot of offensive smarts, and the Cavs offense has lodged between 108-116 points in the last four games, which is above their season average of 104.4.

Match-ups: Let us see if Giannis plays, if he does then the size of Mobley, Markkanen, and Allen MAY make finishing a LITTLE tougher(Emphasis because Giannis can dominate any match-up). The Point Guard battle between Darius Garland and Jrue Holiday can grab a lot of attention and let us see if Garland drops more than 30 again or not but don’t sleep on Jrue’s offense either. At big Forward or Center, the frontline of Mobley and Allen can give trouble to Portis and Giannis if both play. At wing and off-guard with Connaughton, Allen, and high-scoring Middleton, the Bucks have the Cavs outmatched for sure. The Bucks have depth even without Giannis and the Cavs can get pushed to the brink here.

Points Total Range: Oh, again, a tricky “Total’’discussion and this is where even your most experienced bookmakers can fail many times. Anyway, let us see, both teams have both defensive tools, and the Cavs have been slightly better but the Bucks have a better offensive outfit. But I think the Cavs can limit the Bucks to the 98-109 range, if Giannis plays I see Bucks trickling in 107-114 points, if he doesn’t, I reduce it to 102-109 points. Anyway, for the Cavs, I feel a range of 104-109 points range is possible here. I see a close encounter brewing here with the points range of 210-220 and I am not predicting the winner this time around because of the injury cloud over this game that can shift the dynamics. DO check the injury list!