Milwaukee Bucks vs Denver Nuggets: Bucks can get going, Nuggets are winning recently 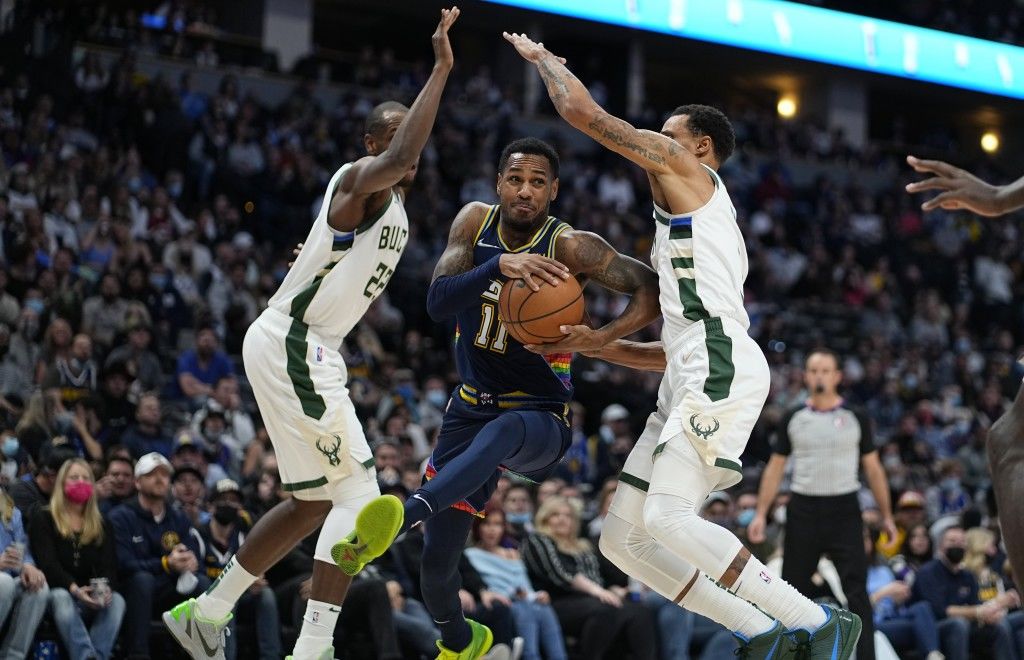 NBA betting is a tumultuous affair and well, with different teams hitting hot streaks and getting cold, you never know which night can produce what result. See, I acknowledge a lot of favorites will usually win, but the NBA betting doesn’t solely rely upon the game result as a lot of bookmakers and bettors are usually obsessed with the total, point differential, and player props. Anyway, in this game, Eastern Conference stalwart squad Milwaukee Bucks square off against the Western Conference Denver Nuggets in an inter-conference battle.

The Bucks have 31 wins and 20 losses so far and well, for a defending champion, this return can be called a tad slim. But it doesn’t imply that their campaign has derailed or anything and there have been some championship squads who have picked up their games around the postseason window. On the other hand, the Jokic-led Nuggets have produced 27 wins and 21 losses, and at the time, they are on a four-game winning streak, which hasn’t been the norm for this depleted team. Nuggets have done well at beating teams with a worse record than them and they have been playing some great basketball to close out the month. Apart from Jokic, Gordon has been huge in terms of supplying offense. Can the Nuggets collect five wins in a row? For my game total and prediction, jump to “Expert Betting Tips”.

Bucks will get a winning run soon, Nuggets are playing well

The defending champions Milwaukee Bucks have been having a rather tricky month. They have lost half of their 14 games mostly when Jrue Holiday was out and some of their losses have been against squads that have records way worse than them. However, is that alarming? Well, I don’t think so, it is not like they are out of the contention for sealing at least the home court advantage for the first round and well, it isn’t like that the rest of the teams have created enough separation at the top of the table. If they get a big run soon, they can actually end up in the top two or three. It will not be wholly surprising.

Giannis Antetokounmpo has been a force at the big Forward position, wreaking havoc with his inside scoring and his rebounding plus his ability to dish assists make him an all-around threat. On the other hand, Khris Middleton has been phenomenal in all aspects and his scoring especially has been impressive. Jrue Holiday is back and as a primary ball-handler, of course, he plays a huge role for the defending champions. In the middle, Portis has been huge in terms of clinching boards and dipping in points. Allen despite his struggles has been a crucial part of the process. However, the bench has been an issue and that is why when Holiday was down, the team couldn’t find much production from the guards. However, I believe Pat Connaughton(He has done overall) and Donte DiVincenzo can get going soon.

Nuggets have won the games they need to

Denver has won the last four games and well, this has been one of their easiest stretches of the schedule despite being on the road. Pistons are one of the worst teams, who got beat twice, the Nets missed Durant, Harden, and Irving, and well, the Pelicans are not up-to-the-mark with both of their top scorers Ingram and Valanciunas absent for that game. Yes, these are not the wins against teams who are high-octane but a win is a win and well, many teams keep losing ground even against teams with worse records. Do remember the Nuggets are playing without Michael Porter Jr. and Jamal Murray which affects them on both ends.

What has worked? Well, Jokic has been a huge scorer, playmaker, and rebounder in the middle, leading the team in points, rebounds, assists, steals, and blocks. It is clear that it is his impact that has carried the team to a record six games above the 50% win record. Aaron Gordon has been huge in terms of scoring, rising to the occasion. Jeff Green has shown amazing athleticism and has motivated his team through his big-time dunks and tough finishes. Will Barton has done a wonderful job as an all-around Guard and a much-needed player in this set-up. Monte Morris helps stretch the floor and taking back what I said earlier, I acknowledge Bryn Forbes has made some difference. Austin Rivers has bolstered the bench by scoring a decent amount of points. Overall, the Nuggets are in the Playoffs contention and that is a huge deal alone.

Points Range: Bucks have scored 123 or more in three of the last five games and they have been a high-scoring team since last season. On the other hand, the Nuggets have scored 110 or more in six games straight, playing at a high-clip offensively in perhaps in their best scoring stretch. Defensively, the Bucks have allowed 108 or more during many games this season and well, they like to engage in high-scoring affairs, daring opponents to match their scoring prowess. Thus, the Nuggets will be looking to make headways here against the Bucks in terms of scoring and run it through Jokic. I think one of the teams will score less than 110 here and that is most likely going to be the Nuggets. I believe the Total Points Range is 220-230.

Prediction: Well, surely, the Nuggets have won four in a row and surely, they have played at a high clip offensively but I think their last four wins weren’t against a squad that remotely has Bucks’ quality. Also, the Bucks have won four of their last five games, being on a four-game winning home streak, and looking in prime touch. I think this is the Bucks window to make a push, especially even if two among Middleton, Holiday, and Antetokounmpo are healthy. I think the Bucks will win this 118:106.