Milwaukee Bucks vs Detroit Pistons: Bucks are so much better than Pistons 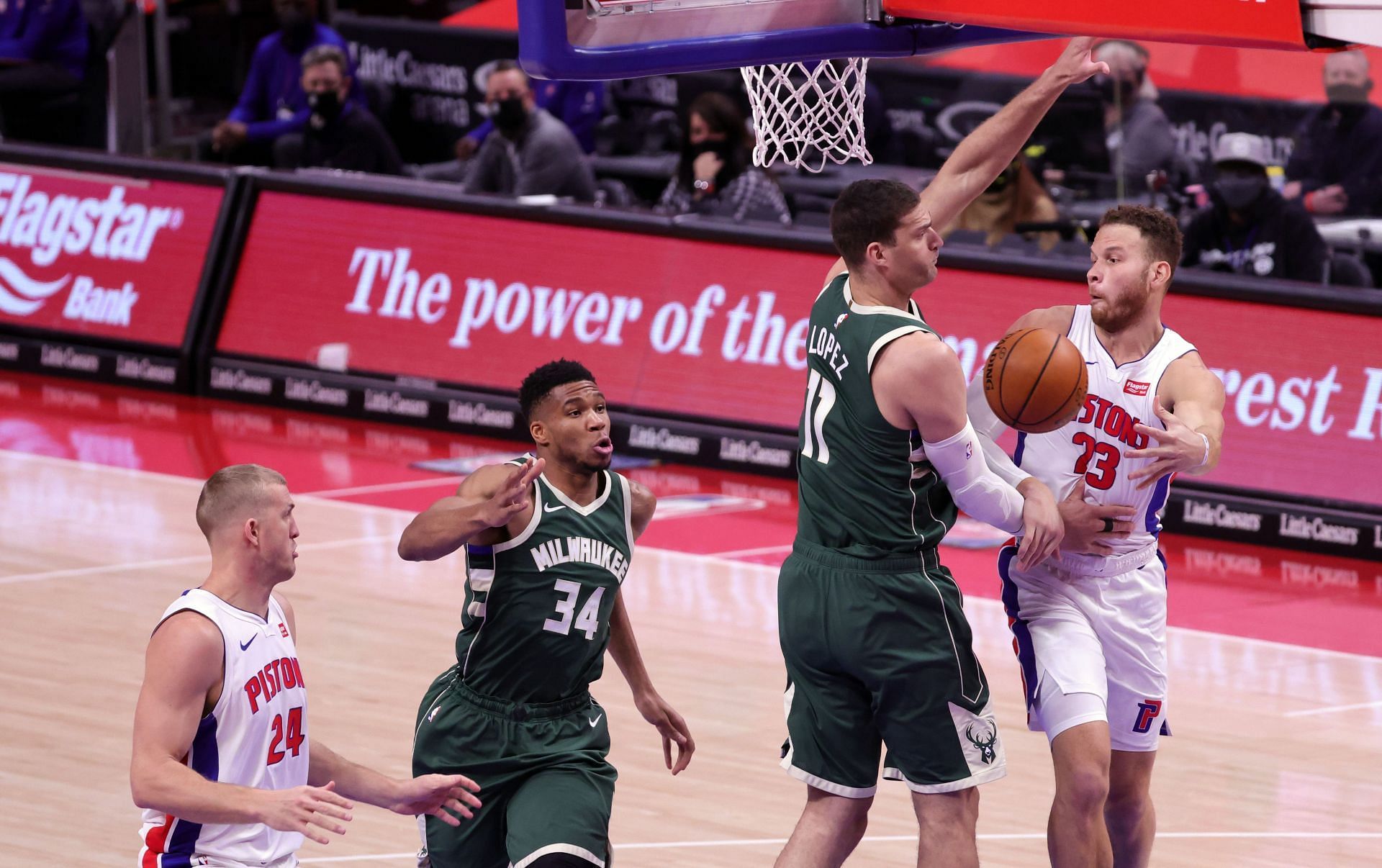 In this match, long-time Eastern Conference foes Detroit Pistons and Milwaukee Bucks face off against each other. Milwaukee is two games above the 50% win mark and has won four in a row with Middleton back in the lineup. On the other hand, the Pistons are struggling massively winning just four of their 17 games so far. For a quick overview, head to the “Notes” section.

Youth shows in late-game situations: Pistons are yet to win against a team that has a winning record. That is largely due to the young roster and the team playing poorly in the second half. Killian Hayes, Cade Cunningham, Isaiah Stewart, and Sadiq Bey are all either first or second-year players while Jerami Grant is the only one with some experience. While Cory Joseph brings experience and playmaking in the reserve PG role, he is more of a role player than an ace guy. You can see Pistons building some leads early in the games and then giving away a ton of points in the closing quarters. It has been the trend in their last two losses against the Lakers and Heat.

Reeling defensive unit, the offense also struggles: Detroit has arguably done a better job on defense lately but largely, the knack to go for steals lets the team feast upon them. Perhaps only Jerami Grant is the only disciplined defender in the main five while the rest of the young players are still learning the defensive system at the professional level. Teams shoot 48% or so against the Pistons, which is the worst effort in the league by any defensive unit while the team allows opponents to shoot 39% from three, which is the second-worst effort by any team on perimeter. An offense that generates below 100 points on average will never make up for such defensive deficiencies.

Milwaukee Bucks: Are the defending champions back?

Middleton factor: Even if Middleton is yet to score twenty since his comeback from injury, his presence plays a vital role. Khris is more than an offensive player and has given Milwaukee some top-quality defense too. With Middleton, you get around 20 points, 5-6 assists, 7-8 rebounds on a regular basis. He exploded for various big-time performances in the Playoffs last season and is one of the reasons why Giannis and co. won a championship. Middleton is a big-time player and his presence alone helps the team that had a losing record without him.

Brilliantly built squad: The Bucks have huge length and with Holiday, Middleton, and Grayson sealing the perimeter, teams shoot around 32% from three, which is a top-ten effort by a perimeter defense. The Bucks have the perennial defensive threat Giannis and off the bench, Pat Connaughton also brings defensive smarts. When you combine this defensive effort with a superb offensive unit, you can understand the results. While Giannis can score 25-30 points easily, Middleton, Holiday, Portis, and Allen can chip in with 15-20. Add Connaughton’s double-digit scoring to it and you can see why Bucks have intimidated teams with losing records this season.

Points Range: The Bucks can put up 115-125 points against weak defensive units on a regular basis while shutting it down on the other end. Pistons have played better defensively but largely, they lack the tools and late-game smarts to compete against elite defenses and offense. If we believe the Bucks will score around 115-120 and Pistons get shut out below 100, we can see the total reaching 215-220.

Verdict: It will be upset if the Bucks lose this but they are the defending champions for a reason and should see off the Pistons quite easily even if there are couple of main guys out for them.