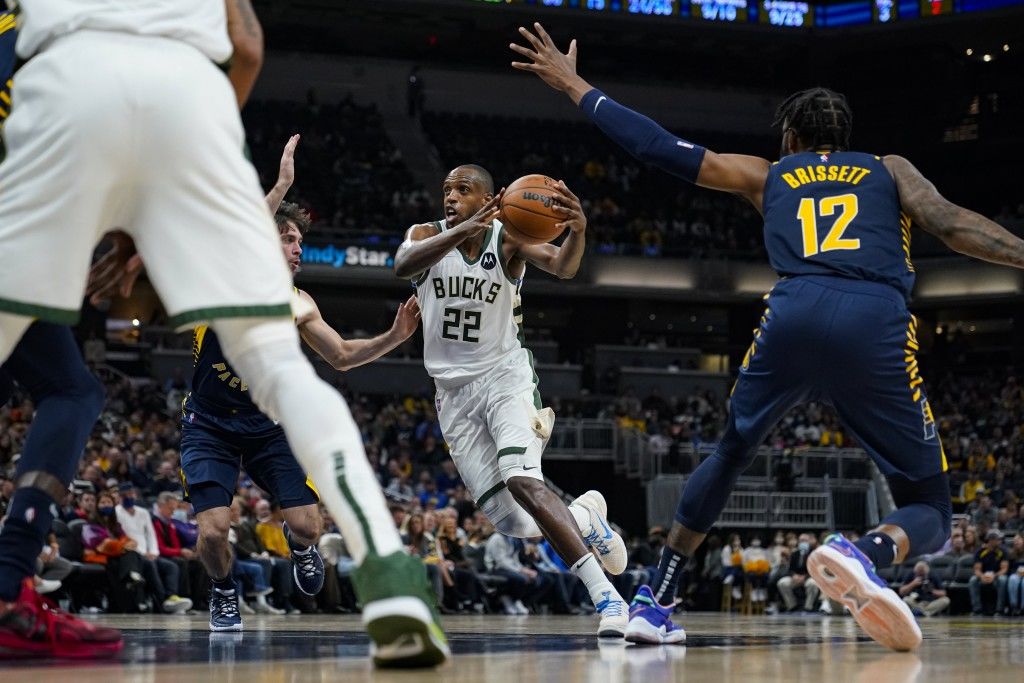 Milwaukee Bucks lost their last game against the Portland Trail Blazers, the latter being one of the struggling teams this season. They were playing without Giannis Antetokounmpo, who is, of course, the central part of their success and was a prime reason why the team won the championship last season, and of course, with him gone, the new-look Trail Blazers pincered out a big win. This is the NBA for you, one missing player can transform the window of the season and well, injuries are a big part of the game.

The Bucks have lost two games in a row and for the season, they have won 35 games and have lost 23 games, which is surely a strong record but still, it is not among the top-three squads. Milwaukee has had some tough windows throughout the season and the job to win multiple games in a row without Giannis. The team has won four out of the last seven games but their bench has been thin throughout the season. Can the Bucks make a push for a top spot in the East as they meet the Indiana Pacers?

On the other hand, the Pacers season has been a messy affair. So messy that they traded away their leading rebounder and scorer in Domantas Sabonis in exchange for young talent Tyrese Haliburton. Apart from Sabonis, they traded away Justin Holiday and Jeremy Lamb also bringing in Buddy Hield into the fray. With their leading guard Malcolm Brogdon not able to play during most games, young Tyrese has the keys to the offense. How will he respond against the Bucks here? For my game total and result prediction, go to “Expert Betting Tips”. For my player-based predictions, go to “Player Performance Prediction”.

Can the Bucks defend their title?

The Bucks are in the fifth position when it comes to the Eastern Conference but the Celtics are catching up to them, after having won eight in a row. The Conference looks more challenging compared to last season and teams like the Cavaliers, Heat, and Bulls have risen through ranks and posed big-time challenges. The depth of the Heat looks superb, Cavaliers have built a defensive-oriented and length-based squad while the Bulls have one of the best if not the best isolation scoring duo in the league. The challenge to repeat is certainly tough and the Bucks bench depth is suspect.

While Giannis has stormed to the paint and wreaked havoc inside while ballooning his rebound and playmaking count, it seems like the Bucks struggle when one of the big three is absent. It happened when Jrue Holiday got injured in the middle and with Giannis lost, the team lost badly at home against a so-so squad like Portland. That is why if Giannis misses another game, Middleton will have to show an uptick in his scoring. The Bucks have been running thin at the off-guard spot and their defense can be highly vulnerable.

The Pacers have lost six in a row and this has been pretty much the theme for the season. Overall, the Pacers have double more losses than wins and this is the second straight season that the Pacers have been unable to stitch together a 50% win season. And after trading away arguably their best players for some time in Domantas Sabonis, they have brought in a young and promising Tyrese who has surely shown the potential to become a high-quality playmaker in the league.

Along with him, Buddy Hield has also been accommodated but he really needs to improve his shooting percentage at this point. Oshae Brissett has been playing his best ball lately and he has given some big-time rebounding and scoring too. Meanwhile, acquiring young Jalen Smith has been a suave move as his ceiling as an inside scorer and rebounder is quite high. Chis Duarte has been a promising rookie at the guard position but yes, this Pacers team is brittle at this point.

Points Range: The Pacers have scored 110+ quite a bit recently while the Bucks can do the same as well. It will be interesting to see whether Giannis plays for the Bucks or not because he brings a lot of scoring and also opens up the floor for other shooters and drivers. The Pacers have Tyrese Haliburton who can guide the offense while Brissett has been on fire recently. I believe both teams will go past 110 here and the total points range looks 220-230.

Prediction: Again, Giannis’ availability plays a crucial role, however, I don’t see Khris Middleton shooting 3/16 from the floor two nights in a row. How will the Bucks respond after losing to a team with a below 50% win record? Will they lose three in a row against a highly vulnerable Pacers? I don’t think. I believe if Giannis doesn’t play, Middleton will have a strong offensive game and guide the Bucks to a 118:111 win here.