Milwaukee Bucks vs Memphis Grizzlies: Bucks will have their hands full even against the depleted Grizzlies 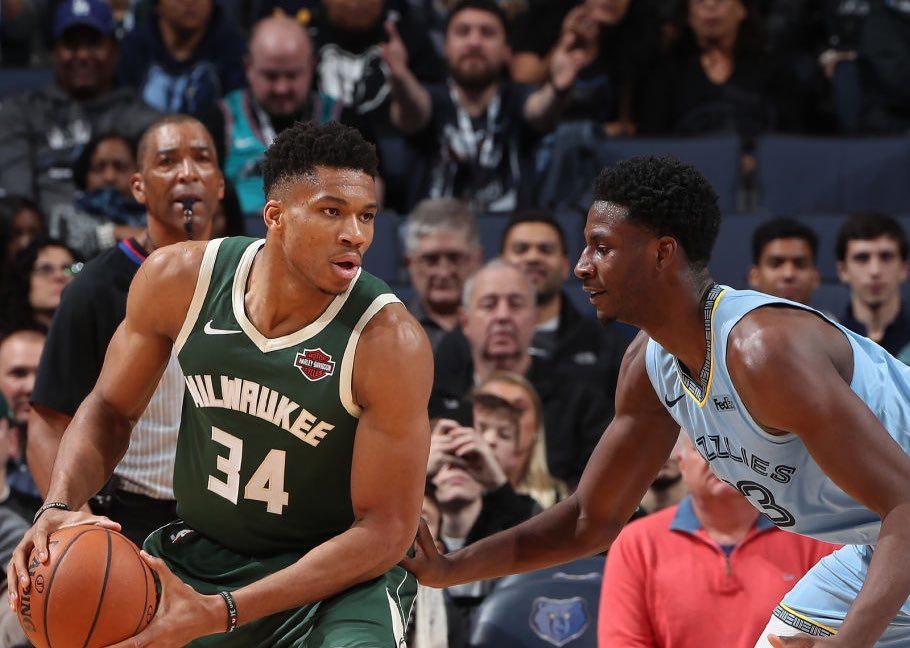 Ah, it is the NBA midseason period and for a writer like me, the task becomes trickier as the NBA landscape shifts constantly. Why? Well, injuries can mount up, COVID-19 refuses to go away and now the trade market will pick up and we will see further lineup shuffles. Considering all the above points, you can gauge the challenge of betting and how it keeps on throwing curveballs. Anyway, in this game the Eastern Conference team Milwaukee Bucks take on the Western Conference team Memphis Grizzlies. For Milwaukee, the going has been tough lately as they have lost six out of their last eight games, but still clinging to a more than decent 27 wins and 19 losses. On the other hand, the Grizzlies have been the most red-hot team since December. Memphis has lodged 31 wins and conceded just 15 losses, winning a highly impressive and league’s best 20 wins and just five losses since December. One thing is clear that Bucks have been needing some form of spark lately that triggered their last season’s championship run while the Grizzlies have been making a strong case for a deep Playoffs run too. Can the Grizzlies keep ticking on despite missing one of their key scorers in Desmond? For my game and total prediction, jump to “Expert Betting Tips”. For my player-based prediction, jump to “Player Performance Prediction”.

Milwaukee’s being tested: Bucks have been unable to win both at home and away from home lately, and most of the struggles can be traced to the absence of Jrue Holiday. He is a key part of the team because without him, the balance collapses at the guard position. With only Allen being consistent lately, the team has virtually played without a one guard and even with playmakers like Middleton and Antetokounmpo, the offense lacks the organization it had in prior games. The Bucks’ defense has also suffered without Jrue and opponents have certainly exposed the lack of Point Guard for the Bucks. Milwaukee’s last season run was largely propelled by the core of Holiday-DiVincenzo-Middleton-Anetokounmpo-Lopez-Tucker-Portis-Connaughton. With Lopez and Holiday gone plus Tucker traded in the offseason, the bench has been tested and it has shown that there are holes in multiple areas. Can Milwaukee get Holiday back for this game?

Grizzlies’ high quality play: Memphis doesn’t care whether they play at home or away from home. The Grizzlies unit has shown that it can win without its key players too. Case-in point? The team went on a eight-game winning streak in December without their primary playmaker and scorer Ja Morant. Then when their primary wing Dillon Brooks, the Memphis winning train kept on the course. Now with Bane gone, the team will be without two key scorers Brooks and Bane, so how will they respond? This will be interesting to see because I think Bane was one of those scorers who scored the important bucks on a regular basis and has proven as valuable as Morant this season. Now with the core of Morant-Williams-Clarke-Jackson-Adams-Melton-Jones-Konchar-Tillman, make no mistake, the Grizzlies can still launch a substantial attack on both ends. This team is deeper than the Bucks as of now. For me, Brandon Clarke is the key with his big-time dunks and energized play, who can step it up further.

Points Range: Bucks have been scoring at a high-clip for most of the season but have been susceptible to below 100 points especially against loaded defensive teams. On the other hand, the Grizzlies have scored in an impressive 116-123 points range and have clapped home 35+ points in a quarter during many junctures. Defensively, the Bucks have not been consistent, they can give 110+ many times and have allowed major runs especially late in the game. On the defensive end, the Grizzlies have usually held teams in the 104-108 range and do a superb job of eking out quality defense late in the game. In this game, I see both teams going past 105 but perhaps not past 115. I see the points range here as 210-220.

Prediction: This is an interesting game because I feel the Bucks play better against the quality teams, stepping up their game and right now, they do need a big-time performance to go past the 60% win record. On the other hand, the Grizzlies even without Bane have a strong attack and multiple scorers, certainly in the rhythm of their career. So you can’t take the Grizzlies lightly even on the road because the Memphis squad has been an amazing road team. The Bucks will come guns blazing in this and I feel Antetokounmpo will have a big-time performance here. I believe they will take this game 111:106.